In the video, Kanta Prasad was seen crying about the hardships he was facing in running his small shop. He talked about the financial distress he and his family were facing amidst the lockdown. 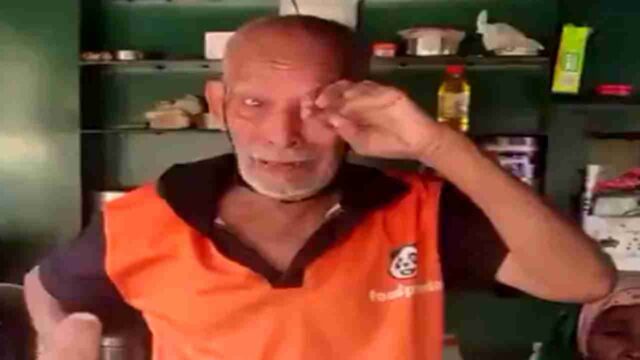 After his video went viral on social media, a lot of folks, including famous YouTubers and celebrities, came forward to help the man. His eatery gained so much attention on social media that people from various parts of the city came to visit and help him.

However, almost a month after all the fame, Baba Ka Dhaba’s owner filed a complaint against famous YouTuber Gaurav Wasan for alleged misappropriation of funds.

He alleged that the YouTuber had only provided his and his acquaintances’ details to the donors and collected huge amounts of donations without any information to Kanta Prasad.

On Monday, the news went viral on social media that Kanta Prasad has set up a new restaurant in Delhi’s Malviya Nagar area. His new restaurant has also been named ‘Baba Ka Dhaba’ and is set up in a rented location.

The owner told the media that he has hired two chefs for his new restaurant which will be serving Indian and Chinese cuisine while the owner will continue operating his existing eatery in the same area.

The restaurant will be functional from Wednesday and Kanta Prasad’s family members and hired chefs will help him operate the same. His new restaurant will offer both dine-in and takeaway options to the visitors.

After the news of his new restaurant went viral in the media, netizens took to Twitter and other social media platforms to troll the restaurant owner.

The posts even went to the extent of trolling the man with Scam 1992 and Hera Pheri memes.

Here are a few of the reactions on social media: 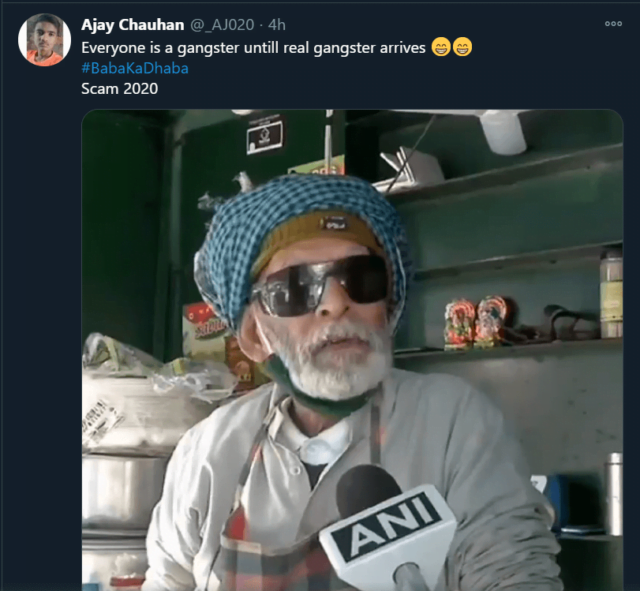 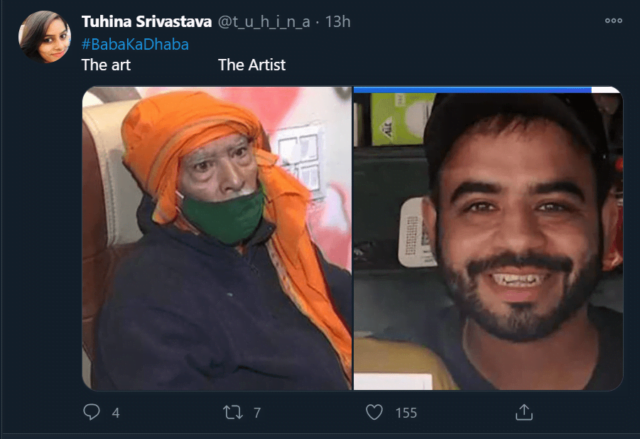 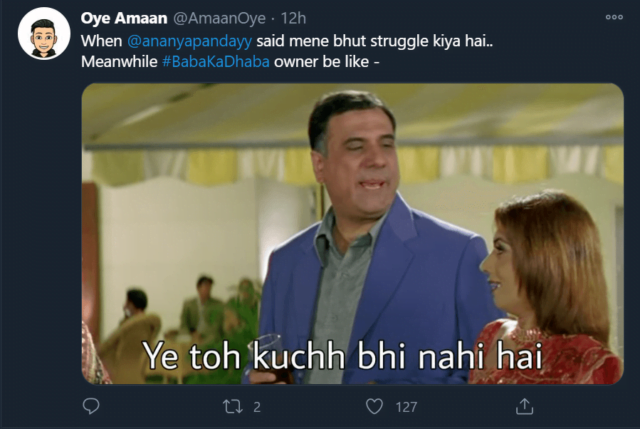 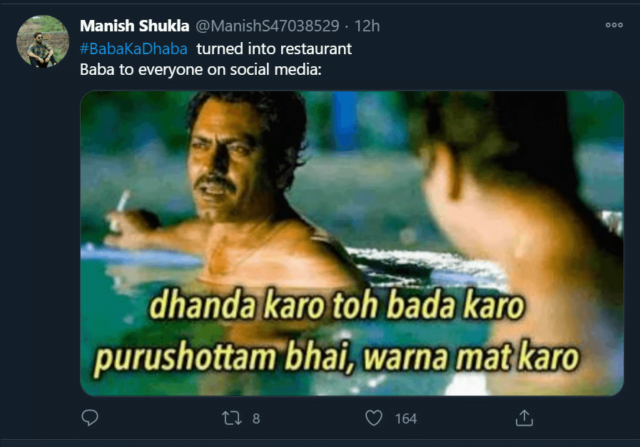 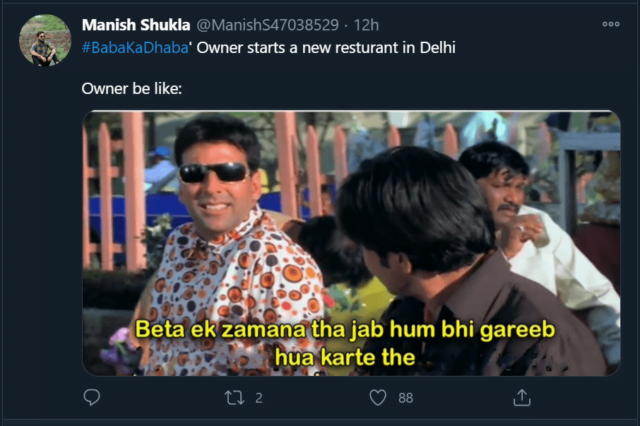 Twitterati is always quick to react!

In Pics: Burger King Invites Local Eateries To Advertise On Its Insta For Free