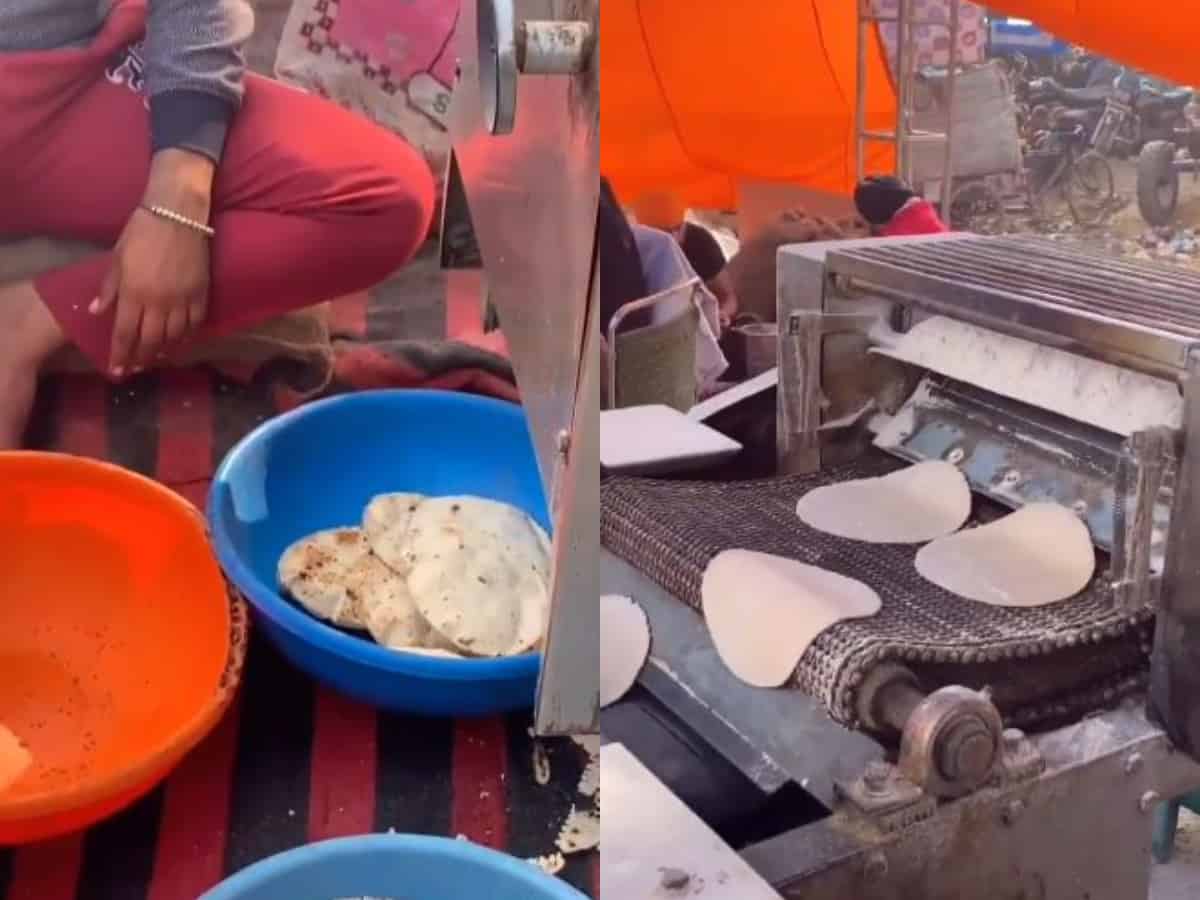 Whoever had thought that the farmers’ protest would die down soon as eventually the protesters would get fed up of it all, could be wrong.

Many people had somewhat assumed that the cold weather and lack of food and nutrition would make the protesters turn back after a few days, a week at most.

But it seems that the farmers and protesters have come prepared and are even getting help from other organisations and people.

Apparently, a heavy-duty roti making machine has been installed at the Delhi borders, the primary place where protesters are stationed, to help feed them.

As per reports, these roti making machines can make around 1,500 to 2,000 rotis in just an hour. Hopefully, this should be enough to feed the protesters who seem to be rising in numbers. 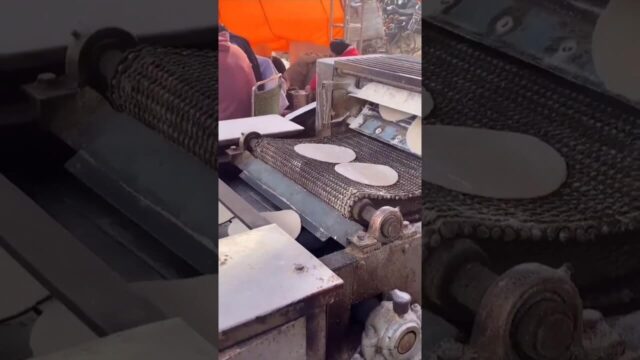 What Is This Roti Making Machine?

For those who are unaware, since September, thousands of farmers have been heavily protesting against three new farm laws in the new Agriculture Bill.

The bill was brought about by the central government of India and the farmers have since been protesting against them.

According to farmers, these new laws have impacted several rules around the pricing, sale and storage of farm produce that had been protecting them.

Read More: Why Is #TooMuchDemocracy Trending In India Today?

So thus, thousands of farmers from Haryana, Punjab, Uttar Pradesh and Rajasthan collected at 5 different locations of the Delhi border and set up camp there since November 26th 2020.

In the midst of all this, so that the protesters don’t get weak because of lack of food and heat, they all came prepared with rations that can easily last for months.

This roti making machine being an example of this, considering that such a machine is usually only found at gurudwaras, in fact, one is even there at the Golden Temple in Amritsar.

These machines are then used to cook rotis for langars that can feed thousands of people all day, every day. 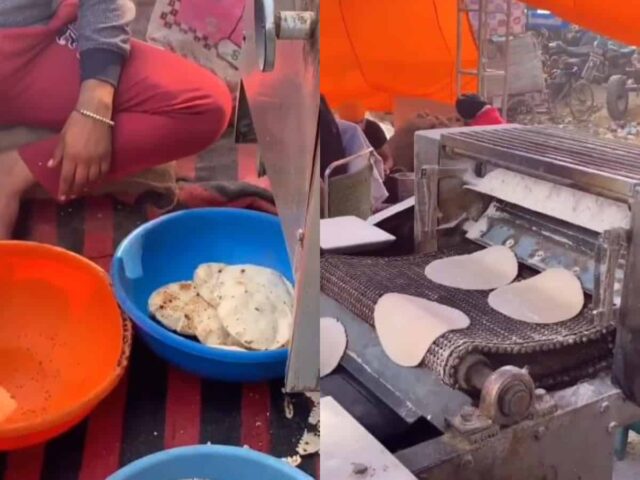 People are now talking about how interesting these machines are and a video even went viral about it.

Automatic Roti making machine has been set up at Singhu border to cater to large crowd. And this is in addition to countless langars that are going on. #FarmersProtest pic.twitter.com/OOeKPC5V4X

The farmers have also stated that the rotis are a much better change since they are healthier and easier to digest as compared to the previous puri-sabzi that had also led to some protesters experiencing stomach issues.

A person from Greater Noida even prepared vegetarian biryani for the farmers on a daily basis, something that is much appreciated by the protesters.