Home Lifestyle #Unistall_Amazon: People Make Fun Of The Wrong Spelling Of Uninstall In The... 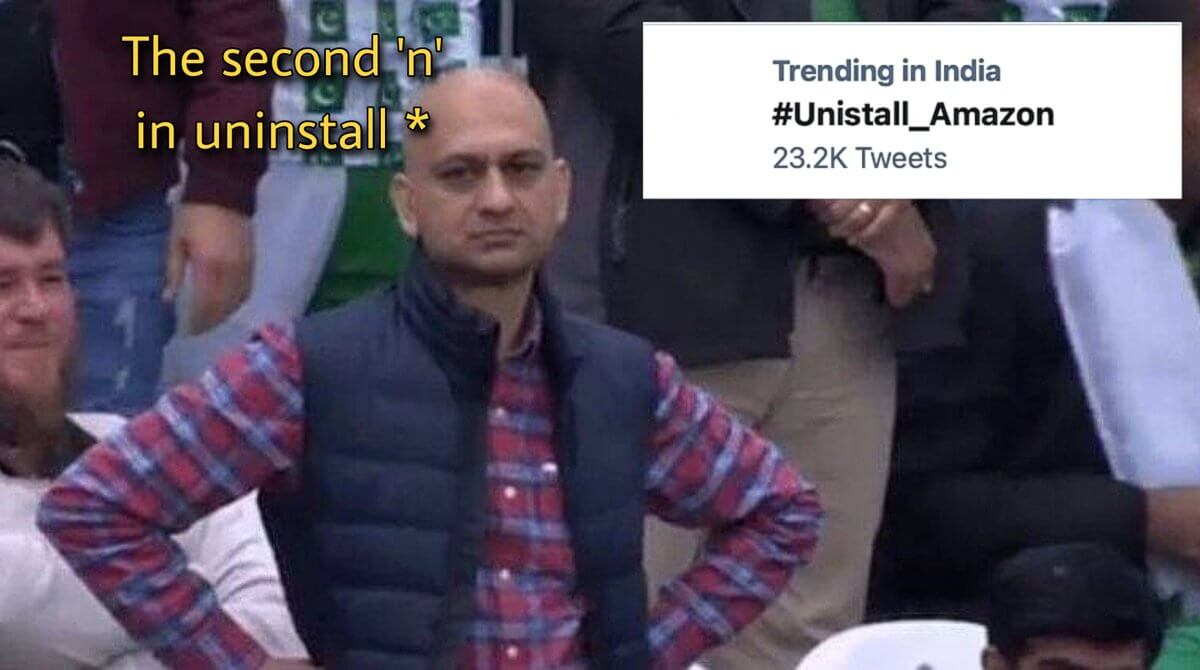 Ever since the Amazon Prime web series, Tandav, came out on 15th January, it has been embroiled in continuous controversy.

From January 16th itself, people started to trend hashtags calling to ban the show and to have it removed from Amazon Prime platforms.

Their reasons for doing so being that the show is hurting Indian religious sentiments, wrong depiction of caste in the country and trying to divide people on such internal issues.

Almost every single day post that, there has been at least one or another tag or phrase trending on social media.

But the fire was not limited only to the social media platforms, instead, multiple FIRs and police complaints were registered against the filmmaker of the show, Ali Abbas Zafar, and Amazon Prime officials.

This finally resulted in the director publicly apologizing for the people whose sentiments were hurt.

In a statement on Twitter, Zafar said, “The cast and crew did not have any intention to offend the sentiments of any individual, caste, community, race, religion or religious belief or insult or outrage any institution, political party or a person, living or dead. The cast and crew of Tandav take cognizance of the concerns expressed by the people and unconditionally apologise if it has unintentionally hurt anybody’s sentiments.”

Although the most vocal protestors to the show were people from the religion shown in the scenes or the ruling party that being BJP, other politicians also spoke out against the show.

Bahujan Samaj Party supremo Mayawati actually supported the idea that the filmmakers should simply remove the scenes that were causing the controversy.

Milind Deora, Congress leader also tweeted out that such OTT (over-the-top) platforms needed to be regulated, “Though I oppose political censorship, to create a level-playing field, OTT must be subject to the same regulation as TV broadcasters. Several countries are considering or already have similar rules. Keep GoI (Government of India) away by self-regulating through an OTT industry association?”

However, today in a funny twist the hashtag, #Unistall_Amazon was trending on the Indian side of Twitter.

This is probably by those who have rejected the apology from the director and don’t feel it is enough.

The main aim of the trend was more to get people to boycott the app and uninstall Amazon Prime Video from their phones.

However, there was one thing strange about the trend, and that was the spelling of ‘uninstall’. Apparently, the spelling of uninstall was wrong in the hashtag, with it missing one ‘n’.

Instantly, a lot of people took note of this error and instead of tweeting about the whole controversy focused on the spelling error.

This controversy has certainly become bigger than it needed to be. What are your thoughts about all this? Let us know in the comments below.