15th April was a difficult and tragic day for the entire world when the over 800 year old Notre Dame Cathedral in Paris, caught fire.

Apparently, the fire started around 6.50 pm yesterday, barely 5-10 minutes after the site closed for visitors.

Some renovation work had been going on at the building and the fire quickly spread to various parts of the cathedral.

News reports finally revealed that the fire was fully extinguished in the early hours of Tuesday morning, while as many as 400 firefighters worked to bring the fire under control.

The full extent of the damage is yet to be revealed though some positive news of relics like the Crown of Thorn, the tunic worn by Saint Louis, a 13th century king of France, and other such artifacts were safely recovered.

Along with that, the actual cause of the fire is still unknown with the fire service speculating that the renovation work could have sparked the fire.

Arson and other terror related reasons for the fire have been ruled out by the Paris prosecutors’ office. But Remy Heitz, the public prosecutor for Paris, has said that with 50 people taking part in the investigation it will be a long and complicated one.

Some reports have stated that it’s possible the fire started in the roof or attic area of the building.

There was also news of the iconic rose windows being destroyed, however, reports have suggested that one of them has survived the fire and is still intact.

Here we take a look at some of the before and after images of the cathedral. 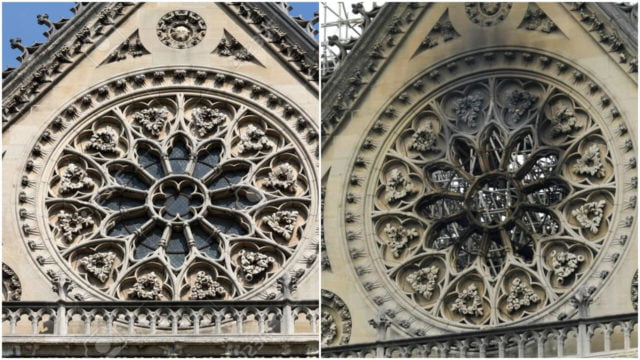 Apparently, the almost 850-year-old building, supposed to be one of the finest examples of Gothic architecture, has witnessed many other catastrophes, like the World War, French Revolution of 1790s, when it was badly destroyed.

However, this is the first time that such major and heavy damage the building has incurred. 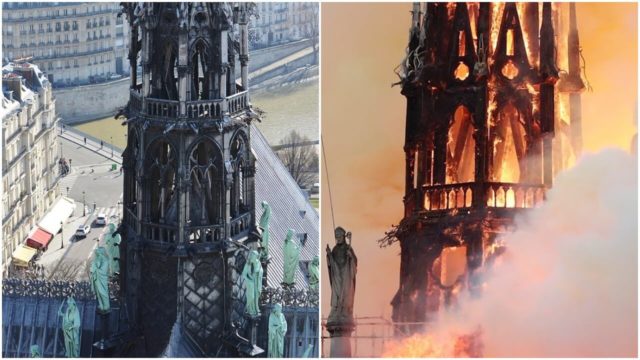 French President Emmanuel Macron has promised to rebuild Notre Dame in 5 years, however, it seems that it might not be as easy as it sounds.

It will be a lengthy and expensive process, since a lot of things need to be taken into consideration, with even the current debris being preserved for future use. 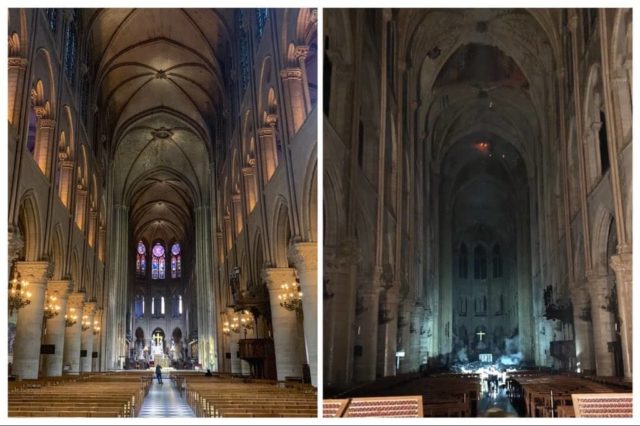 The roof of the cathedral was called the ‘Forest’ since the entire thing was made from almost an entire forest of oak trees that were almost a 100 years old. 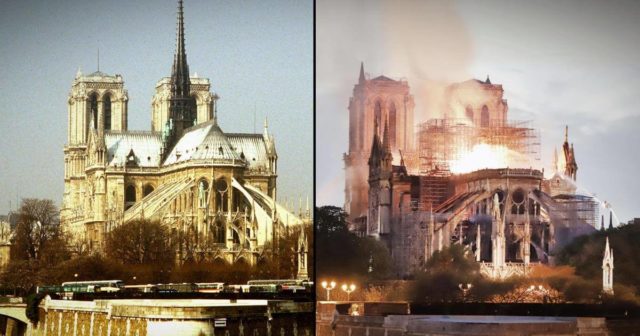 While the cathedral was burning, people stood a distance away from the site and sang hymns and encouraging songs to keep the morale up. 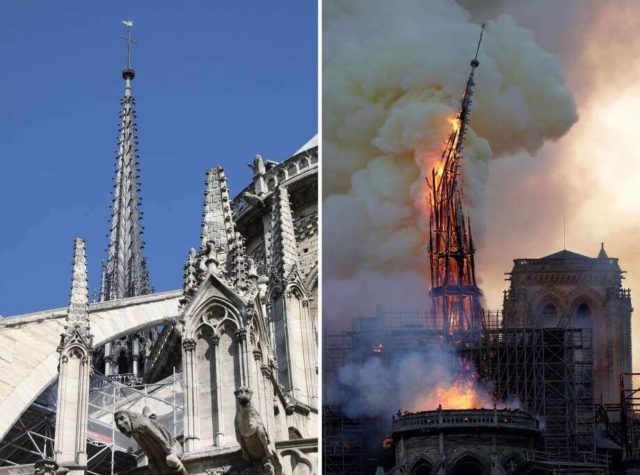 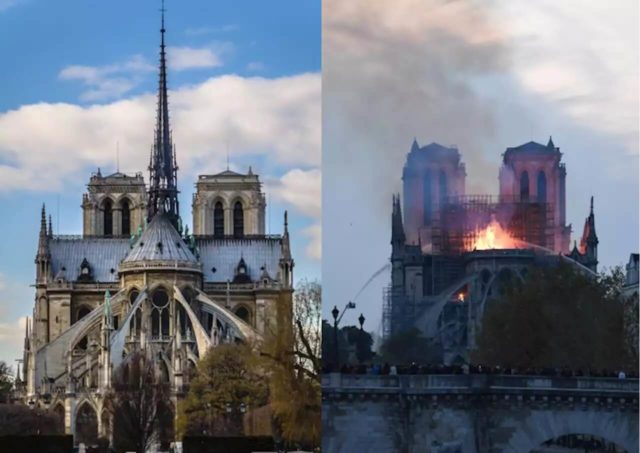 The whole reason that a good portion of the building is still standing, is because the fire was controlled during a crucial hour.

The fire was stopped before it could excessively damage the towers, which houses the bells and were iconic to the structure. 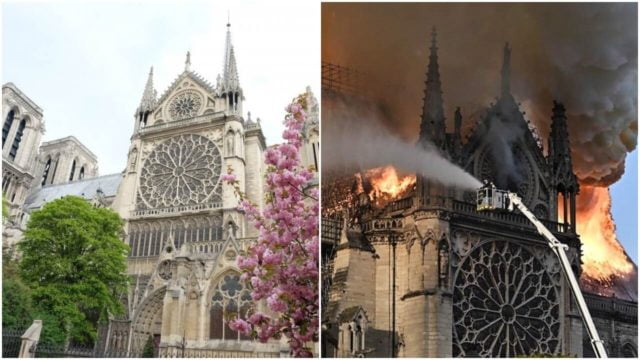 Thankfully, many of the rose windows, as well as the exquisite stained glass windows, have survived the fire. Along with that, the 18th-century organ has also not been damaged in the tragedy. 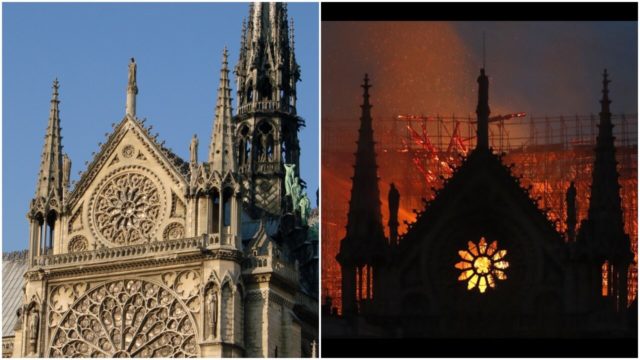 My friend who is in Paris was giving us a minute to minute update on what exactly was happening.

The most terrifying time was the wait till the fire was controlled or at least stopped before it reached the bell towers.

Had it reached that part, the bells would have fallen taking down the entire building and any hope of building it up again.

There is some positive news coming in of how the 16 statues that were around the spire, were removed from there just days before the fire.

The spire was also in the midst of being repaired so hopefully it will be back to normal in no time.

However, the biggest relief right now is that the main structure of the cathedral is still there, over time and with renovations, perhaps the historical place can be built up again.