Almost everyone has watched the Simpsons at least once in their lives. Along with the progress of the recent years the memes surrounding the Simpsons “predictions” have increased and rightly so. The Simpsons have made it a recurring habit of unknowingly predicting important events consistently and accurately which is a tad disarming.

Keeping in touch with their tradition, the Simpsons have definitely made some predictions for the upcoming year, 2022 and considering how the past two years have been progressing we cannot help but hope that these predictions are radiating with positive energy.

What Are The Predictions For The Future?

The Simpsons managed to travel to the future, precisely the year of 2030, where Homer and Marge indulge in some “virtual fudge” through the help of VR glasses and feeding tubes. Food scientists at Cornell University have found that cheese consumed in a comforting virtual reality setting tasted better whereas Royal Caribbean has been trying to develop technology to serve their guests with a Virtual Reality dining experience on their cruises.

Lisa harbours the feeling of going to Mars so signs up for a one way trip to the Red Planet much to Marge’s displeasure which causes the entire family to simultaneously sign up for the trip which is bound to take place in the year of 2026. Elon Musk and his team at SpaceX have been trying to develop cargo ships leaving for Mars in 2022. 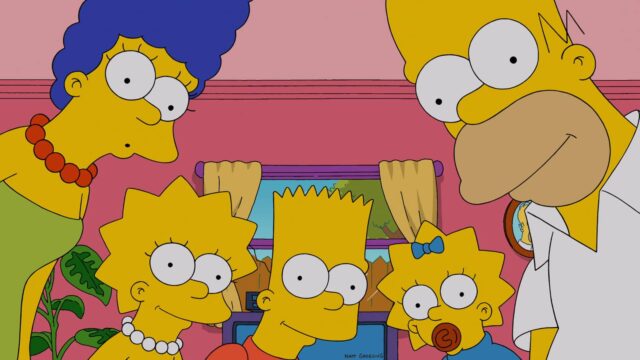 Read More: In Pics: How Indian Characters Have Been Used As Comedy Fodder In Western Media

3. Ivanka Trump As A Presidential Candidate:

The Simpsons have often made indications to Ivanka, Donald Trump’s daughter, running for President either before or after her father held office in the show. In real life, Ivanka Trump does qualify for the requirements required for the President and her running for Office is not an inconceivable occurrence.

4. The Take-Over Of The World By Robots:

The Simpsons happened to visit an amusement park where robots manned every ride. They lost control of themselves and ended up killing most humans in and around them. Jürgen Schmidhuber, popularly known as the “father of Artificial Intelligence”, has speculated that robots might very well take over the world as we know it in a couple decades. 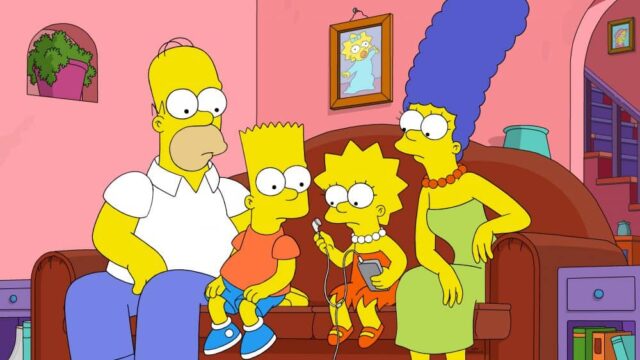 A 2001 episode features Bart and his friends being in a band that was a project by the Navy to try and control minds through music by feeding the kids with subliminal messages. This particular point might be considered in a list of predictions that have already come true as many people still believe that hip-hop music is used to control the minds of the listeners.

What Are Some Predictions That Have Already Come True?

1. The Presidency Of Donald Trump:

In an episode of season 11 which aired back in 2000, Bart travels to the future where Lisa is the President and is seen discussing the “budget crunches” left over from her predecessor’s term in office who was none other than President Donald Trump. This prediction came true in the year of 2016 when Trump won while running opposed to Hillary Clinton. 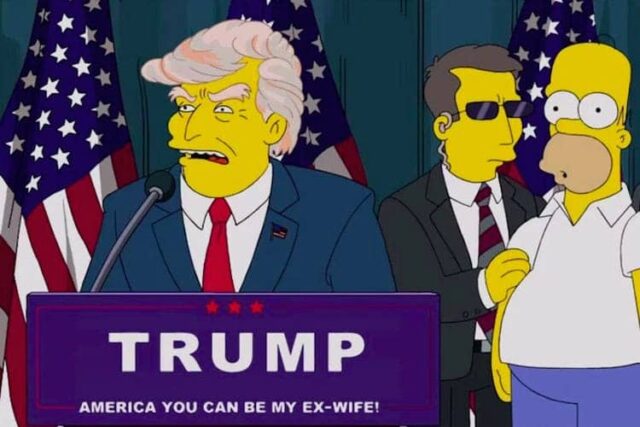 2. The ‘Higgs Boson’ or the God Particle:

The existence of the God Particle helps explain how everything in the Universe has mass. However, this discovery was not confirmed by physicists until 2012. Back in an episode which aired in 1998, Homer is seen standing in front of a blackboard with the equation of the God Particle written on it 14 years before its confirmation!

In an episode titled “Lisa’s Wedding” aired back in 1995 Lisa talks to Marge using her phone’s abilities to support video chat successfully predicting the very common and popular feature of most phones today. 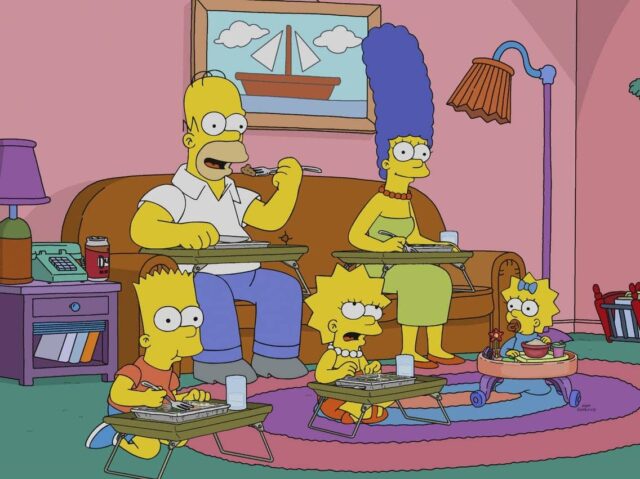 2020 was an unsettling experience for the world as a whole but America definitely suffered just a little more as they had to deal with Murder Hornets alongside the Corona Virus, of which both events were once again predicted in a 1993 Simpsons episode where a flu spreads over Springfield while ‘killer bees’ descend on the town simultaneously.

The Simpsons have always been entertaining. However, with these events coming true the show gets an extra step ahead than all other sitcoms as the audience is always left in anticipation of which virtual event might become a part of our reality next!