Home Sports The Most Offensive Chants In Football 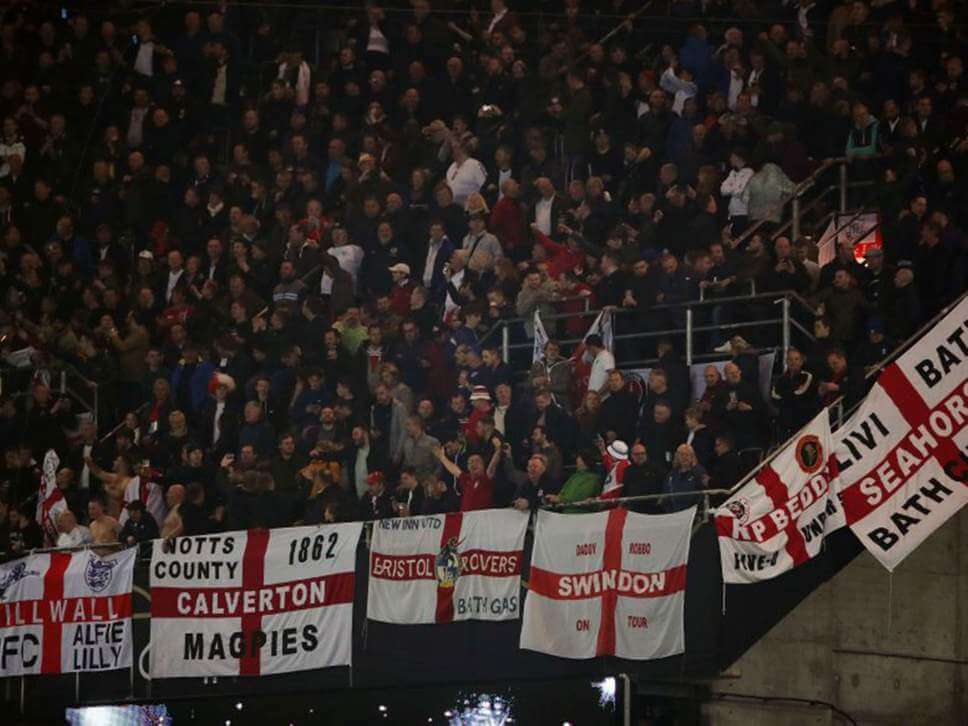 Football chants are the oxygen for a football maniac. It is pure banter when the lyrics are distasteful because no one really means what they actually say. Nevertheless, the line is crossed sometimes which shouldn’t be the case.

Here we present to you, the most offensive chants in football.

1. Park, Park wherever you may be,

You eat dogs in your home country,

You could be Scouse,

Eating rats in your council house.‘

Called the greatest chant of all time, this chant dedicated to Park Ji-Sung, a Manchester United legend.

It manages to be a warm and an offensive one at the same time. For the football lovers, it’s quite evident that the offensive part is directed towards Liverpool fans who are the eternal rivals for the Red side of Manchester.

2. Adebayor, Adebayorrr, three died in Angola, it should have been fourrr

It should have been you.

Ask any Arsenal fan his opinion on Emmanuel Adebayor and he will reply your question with as many expletives as possible.

The Arsenal football club or the Gunners as they are known absolutely hated him since the time he left their club and had celebrated against them when he had scored a goal while being at the Tottenham Hotspur (Spurs) in 2012.

He has played for some of the biggest clubs in the world but has been termed as a wasted talent. 3. John Terry is q*eer, he takes it on the rear

He loves to sit on Costa’s face

He takes it up the bum

Well, everyone one of us is aware of the infidelity career of John Terry from the Chelsea football club. Top-notch on and off the field.

Premier League fans of all the rival clubs haven’t left an opportunity to make him aware of his off-field antics and have more than once reminded Frank Lampard, the Derby Country manager, to keep his own wife safe.

Also read: Who’s The Best Goalkeeper In The World Scoring all the goals,

Bellend to his toes

This isn’t offensive by any means but several organizations objected to it and ultimately, Manchester United had to bow down to the pressure and asked Romelu Lukaku to send out a tweet requesting the fans to stop from saying so.

The club was approached by Kick It Out which is an anti-racism group, that the chant sung at the Old Trafford in support of Lukaku was using a racial stereotype that black men are better endowed in their genitals than others.

Anyway, the chant wasn’t necessarily racist or derogatory towards Lukaku himself, instead, it is funny and a cracker of a chant and as a United fan, I absolutely love it.

Gerr Hard, we f**king hate you.

Steve Gerrard or shall I say Steve Gerr Hard.

Needless to say, these are chants made by Manchester United supporters for one of the best midfielders Steven Gerrard (Liverpool) the world has ever seen but who never won the league.

The Best Ever Premier League X1 In The World