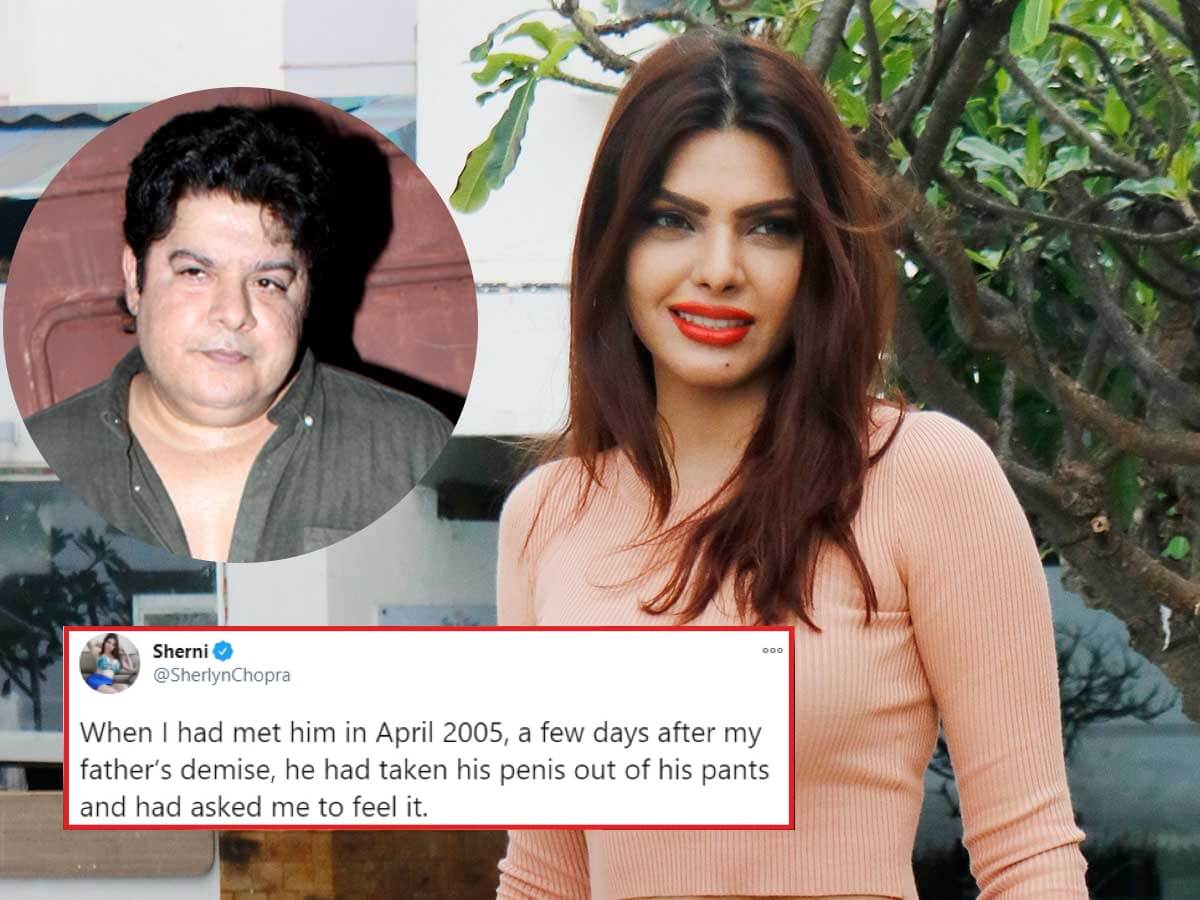 The #MeToo movement spread like wildfire back in 2018 in the Indian sector. All of a sudden it seemed, women, and some men too, were speaking out about them being a victim of sexual harassment and how rampant this power monopoly was.

Women mostly spoke out fearlessly about how superiors or other people in power misused their position to either ask or even make them do inappropriate things they were uncomfortable with.

Some of the biggest reveals came from our own Bollywood industry, with one after another accusations and stories coming out of how women had been a victim of sexual harassment.

Although the movement might not be making as many ‘sensational headlines’ these days, the recent statements by actors like Sherlyn Chopra, Jiah Khan’s sister and more against director Sajid Khan just show the movement is still going on.

Apparently, this wave started again when a clip of Jiah Khan’s sister from a BBC documentary called ‘Death in Bollywood’ was posted online.

Reminder that Sajid Khan is not in jail yet. pic.twitter.com/cZ5I8Rrys0

In it, late actor Jiah Khan’s sister Karishma Khan recalled how Sajid Khan had asked Jiah to strip down to her bra while they were at a script-reading session.

Karishma said, “When she was asked by Sajid Khan to take her top off, she came home and cried. She said, ‘I have a contract, so if I leave, they can sue me and slander my name. If I stay, then I am sexually harassed.’ It was a lose-lose situation.”

Jiah Khan who appeared in movies like Nishabd, Ghajini and even Sajid Khan-directed Housefull, passed away in 2013.

Karishma even recalled an incident when she had visited Sajid’s house with her elder sister, “I remember going to Sajid Khan’s house with my big sister and I remember being around the kitchen table, must’ve been like 16 at this stage. I was just wearing a strappy top and was leaned at the table and he was sort of staring and said ‘Oh she wants sex’. My sister Jiah immediately jumped to my defence and said ‘No what are you talking about’, and he said, ‘Look at the way she’s sitting’.”

On January 19th, 2021, former actor Sherlyn Chopra tweeted out a clip of her interview from 2019 where she recalled an incident with Sajid Khan.

Prior to that, she had also shared her experience in a tweet after Jiah Khan’s sister’s comments were made public.

When I had met him in April 2005, a few days after my father’s demise, he had taken his penis out of his pants and had asked me to feel it.
I remember having told him that I know how a penis feels like & that the purpose of my meeting with him was not to feel or rate his penis.. https://t.co/2gnGSdEIrU

On 18th January 2021, Sherlyn tweeted about how, “When I had met him in April 2005, a few days after my father’s demise, he had taken his penis out of his pants and had asked me to feel it. I remember having told him that I know how a penis feels like & that the purpose of my meeting with him was not to feel or rate his penis.”

When someone asked her why she kept quiet all this while Sherlyn stated that, “He has the ‘superstars’ of Bollywood to vouch for his ‘character’. It’s my word against theirs. The Bollywood mafia is a strong syndicate.”

He has the ‘superstars’ of Bollywood to vouch for his ‘character’.
It’s my word against theirs.
The Bollywood mafia is a strong syndicate. https://t.co/x5hUm1tzVm

Not just this, but she added that “After flashing his penis, he had not only asked me to touch it & feel it but also asked me if I had ever seen a penis as well endowed as his.”

Saloni Chopra an actress had also called out inappropriate behaviour by Sajid in 2018.

In a blog post, she recalled how assisting Sajid in 2011 for a project was “the most awful experience of my life“.

During her time with him, Sajid would often call her at strange times of the day, ask for bikini photos of her and even spoke about how Saloni should get a breast job.

I finally decided to share my story with you. Writing this was like re-living all that horrible past I’d chosen to let go of, but I knew if I don’t today, I may never. So here’s #metoo #MetooIndia https://t.co/brouTYIBC7

Besides this, many women like actress Rachel White, journalist Karishma Upadhyay, Indian model Dimple Paul and more have all levied various accusations around the nature of sexual harassment against Sajid Khan.

Farah Khan, Sajid Khan’s sister on her side, only put out a measly Twitter post saying, “This is a heartbreaking time for my family. We have to work through some very difficult issues. If my brother has behaved in this manner he has a lot to atone for.I don’t in any way endorse this behavior and Stand in solidarity with any woman who has been hurt (sic).”

One good thing all these accusations did was get him a one-year suspension from the Indian Film & Television Directors’ Association and removed from his post as director to Housefull 4.

Anurag Kashyap Gets #MeToo Allegation 1 Day After Saying Ravi Kishan Did Drugs; Was It A Retaliation?