Home Sports The Best Ever Premier League X1 In The World 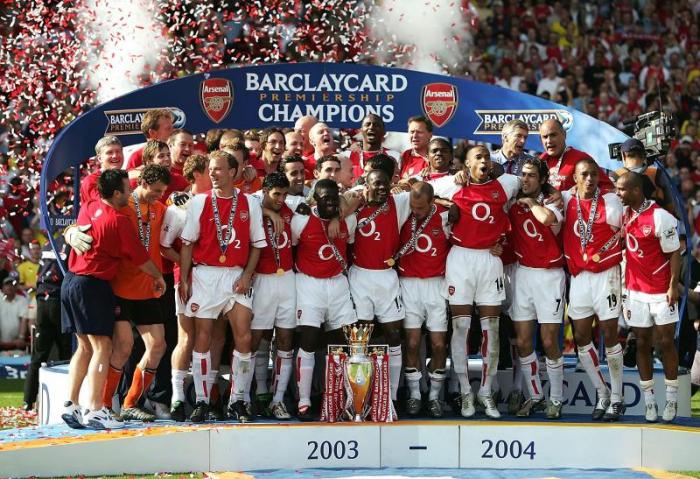 Premier League recently turned 25 this year and fans had voted their best ever 11 in the PL. It is indeed a herculean task to choose the finest to play in the PL because we have had so many greats to grace the toughest league in the world.

Out here, I present to you my favorite and the best 11 to have played in the PL. It will probably beat any side in the world (even the greatest ever side- Barcelona of Pep Guardiola)

He had the best days as the goalkeeper in a United jersey and was quite instrumental in the treble winning season. I personally haven’t seen a lot of his matches but from all the highlights watched, he is certainly ahead of the likes of Petr Cech and Van Der Sar.

Neville wasn’t the most talented by any means but he made up for this with his dedication, consistency, and passion.  Over 400 Premier League appearances, he won the PL eight times and has since used his intelligence and insight into the game as a pundit.

A lot of people would have chosen Terry over Vidic and there are valid reasons to do so but from what I see, they were unsuccessful as an England pair. It is also clearly evident that Vidic- Ferdinand performed non-stop at the highest level for a number of years and brought laurels to United consistently.

Called by Ronaldo as the toughest defender he has ever faced, Ashley Cole is a beast, to say the least.

A monumental figure in London, Cole made a controversial move from Arsenal to Chelsea in 2006, which strained relations between the clubs and led some to question the player’s real motive behind the move. But no one can doubt the Englishman’s ability. He was one of the best in the world in his prime days.

According to Gary Neville, Ronaldo was better at United than at Madrid which speaks volumes about his time spent with the Red Devils. Along with Messi, he is the greatest player in the world and including him in the best 11 is a no-brainer.

Also read: It Is High Time That Arsene Wenger Gets the Sack! #WengerOut

It pains me not to include Scholes in it but then putting him alongside Stevie probably would have been the wrong decision. In our system, Viera would play more defensively than Gerrard which is of utmost importance. Viera has better defensive qualities and has a more physical presence which is the sole reason I have put him over the United legend. Gerrard would be my captain and would probably be the first name on the sheet always.

I don’t know why Rooney is underrated and would probably not feature in the best 11 of many football fans in the world. He can play in all the forward positions and can sometimes drop behind the striker as well to do the No. 10 job. He is one of the prime reasons behind the success of the United trophy cabinet. I would have loved to add Henry but then, I was spoilt for choice and had to choose one.

Shearer was the deadliest goalscorer of the Premier League era. Shearer scored tap-ins, headers, he scored free-kicks and obviously the jaw-dropping 30-yard screaming volleys. Choosing him in the best ever PL team is a must all day night long. Who’s The Best Goal Keeper In The World?