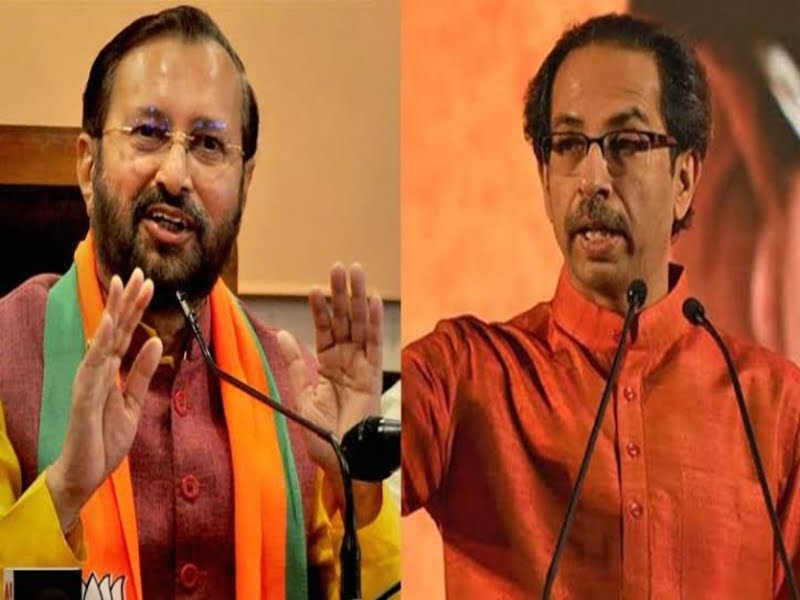 At the stroke of the midnight hour, when the world sleeps, Aarey will rise to the death of its green cover.

This is what someone would have said if they saw the felling of trees by Brihanmumbai Municipal Corporation (BMC) on Friday night. However, no one had any inkling whatsoever that the government would strike so soon and that too in the dark.

The Aarey colony in Mumbai has lost over 1500 trees overnight for a Metro car shed project in the area. This led to fierce protests by citizens and activists on Saturday. 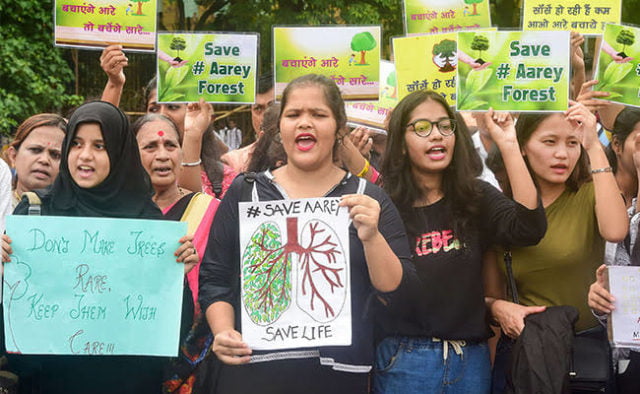 Spread over a sprawling space of 13000 hectares, the green belt in Aarey colony is often called the ‘city’s lungs’. It is inhabited not only by a wide range of flora and fauna, but also by 27 Adivasi tribes.

When the Mumbai Metro Rail Corporation(MMRC) was allowed to chop 2700 trees by BMC’s tree authority,  petitions were filed in the Bombay High Court against the proposed deforestation.

On 4 October, the High Court dismissed all petitions and also said that the green belt of Aarey cannot be declared as a protected or reserved forest.

In the wee hours of Saturday, when Mumbaikars found out about the axing of trees, they came out in large numbers to protest vociferously against it.

Mumbai Police imposed Section 144 of the Criminal Procedure Code (CrPC) near the site of metro construction. It is imposed in cases of apprehended security threats or nuisance and prohibits the gathering of five or more people.

Around 80 people, locals and activists alike, have been detained at the Aarey police station. FIRs have been registered and arrests are underway.

Also Read: Back In Time: The Ultra-Right Party Shiv Sena Was Formed 53 Years Ago

With a little over two weeks to go for the assembly elctions in Maharashtra, Shiv Sena chief Uddhav Thackeray backed the protesters and said,

“The upcoming government will be our government, and once we come to power once again, we will deal with the murderers of Aarey forest in the best possible manner.”

In other words, bring them back to power if you want them to take any action for you.

Oh, wait. The BMC is already under the control of Shiv Sena and the environment minister in the state government, Ramdas Kadam, is also from their party. 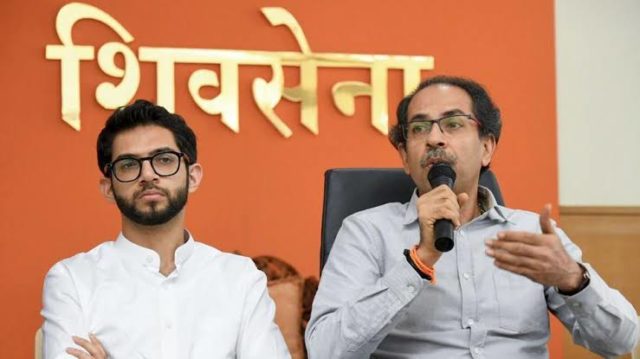 Uddhav’s son Aaditya Thackeray was also not far behind in adding to the ludicrous responses by the party when he took to Twitter to say,

“The vigour with which the @MumbaiMetro3 is slyly and swiftly cutting down an ecosystem in Aarey is shameful and disgusting. How about posting these officials in PoK, giving them charge to destroy terror camps rather than trees?”

He futher added, “There’s no point for the Central government ministry of climate change to exist, or to speak about plastic pollution when the @MumbaiMetro3 senselessly destroys the Aarey vicinity. This ego battle taken up by Metro 3 is destroying the purpose of making it.”

Environment Over Development Is A First For Shiv Sena

Shiv Sena has slammed its ally BJP over the issue, while being a part of the state government.

However, it has received flak for its double standards. When it is already in power, why does it need to wait for the next elections to take any action? Also, it has not directly taken potshots at the BJP leadership and instead, blamed the MMRC.

More importantly, it is quite surprising and strange at the same time that the Shiv Sena has decided to throw its weight behind an environmental cause over infrastructure and development.

I say so because the core voter base of the political party is the working class Marathi population who suffer inconvenience on a daily basis while travelling in the local train.

The construction of metro would ease off their troubles.

However, the party seems to echo the popular sentiment right now. Will it pay off in the elections? We’ll find out soon enough.