While the whole country is celebrating Durga Puja and Navaratri with their spirits high, there are some people mourning for their forefather Mahishasur!

When the whole country, as well as Indians across the globe, celebrate the story of Mahashakti, the goddess who conquered darkness and evil, the Asuras still live with the idea of Durga who enticed Mahishasur.

Who are these Asuras?

Asura is a very small Austroasiatic ethnic group of India particularly from the Eastern part of the country including Jharkhand, Bihar and West Bengal. Currently working as iron-smelters, these Asuras were hunter-gatherers before.

Later they started with cultivation as their main occupation for living. 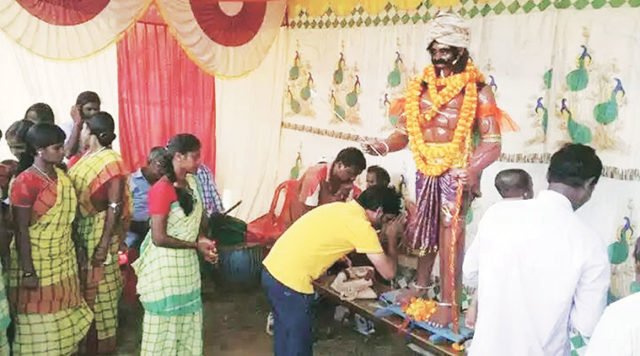 What do the Asuras do during Navratri?

These Asuras are claimed to be descendants of Mahishasur, the buffalo-headed demon whom Goddess Durga kills after a spirited fight lasting nine nights.

This mythology in mainstream Hinduism is celebrated in the form of the nine-days-long Durga Puja or Navratri festival but this period is considered as ‘Mahishasur Dasain’ among the Asuras who choose to mourn for their ancestor during this time and mostly stay indoors.

If an Asura enters a puja pandal, it means he or she is breaking their tradition. So whatever the consequences are, they choose not to see Goddess Durga’s face.

A few years back, when the Kolkata Durga Puja Committee invited people who belong to Asura tribe to come to their pandal and perform their traditional dance and music, Asuras refused to do it.

They chose to stand outside the pandal and perform their dance drama which was more like mourning. No one could convince them to go inside the pandal. 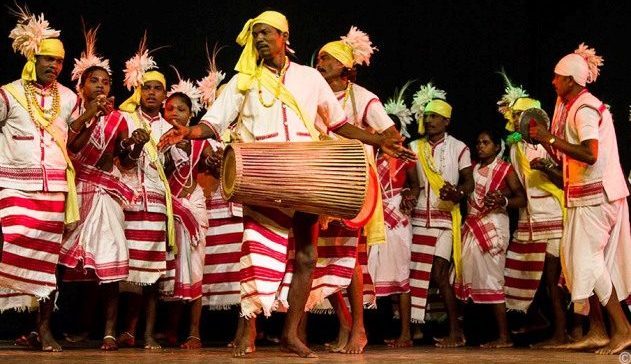 Also Read: Bengali Family To Worship A Muslim Girl As Kumari On Durgashtami

This is not all…

The community also celebrates a ritual called Sohrai which coincides with Diwali, by applying koronj (or Karanja in Hindi) oil on their navel, chest and nose and eat cucumber.

This ritual is followed because they feel when their ancestor Mahishasur was killed, he had blood oozing from his navel, nose and chest.

Applying oil on those parts depicts the painful incident whereas eating cucumber is a symbol of revenge which states that the Asuras are avenging his death by eating the “kaleja (liver) of the killer.’’

“Mahishasur is revered in Asur and Santhal rituals. The Korku tribe of Madhya Pradesh also worships Mahishasur. The folk songs of Santhal tribes of Jharkhand are about Mahishasur. In Purulia (West Bengal), a big fair is organised to mark the worship of Mahishasur,” said Vandana Tete, who has studied about Asura tribe.

“Mahishasur has been revered as a hero traditionally by Santhals in West Bengal. We have been opposing the way Mahishasur is portrayed in Durga Puja where he is shown kneeling before Durga who kills him. Mahishasur is considered as a demon and a mythological character when he was actually a hero who fought valiantly against invaders Aryans.” 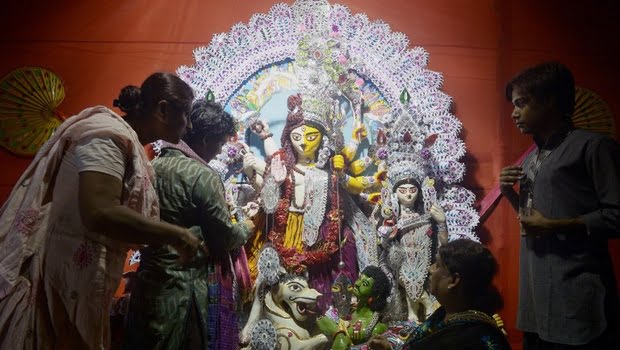 But things are changing gradually. From the past 12 years, Santhals are conducting Durga puja like others. This puja is organised in Kashipur village in Purulia, West Bengal.

Hindus Will Get A Clean Chit In NRC, Said Amit Shah! But What About The Muslims?