Swami Vivekananda, the ‘Hindu Monk’ and social reformer who represented Hinduism on the Chicago Convention 1893, worshipped a Muslim girl as ‘Kumari’.

The girl was worshipped as a form of Maa Durga by Vivekananda. The incident took place in Kashmir.

After so many years, a Bengali family is repeating great history this year. 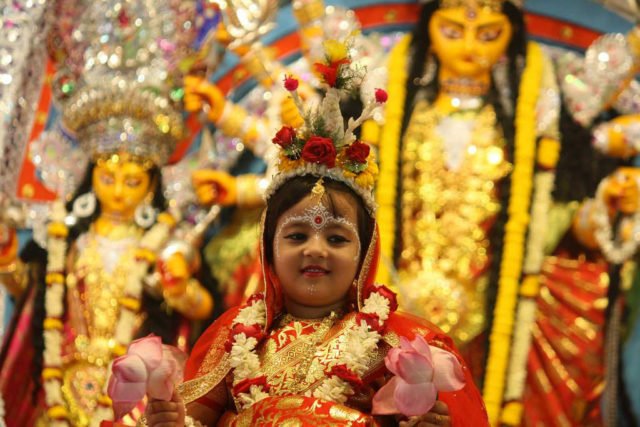 A family of North Kolkata is all set to break a great barrier during this Durga Puja as they have chosen 4 year old Fatima of Uttar Pradesh to be worshipped as ‘Kumari’.

Daughter of Muhammad Tahir, a grocery shop owner of Agra, Fatima will be worshipped as Devi Durga on Mahashtami by the Duttas of Baguihati, North 24 Parganas district.

Kumari Puja or Kanya Puja is an auspicious ritual when Devi Durga’s virgin form is worshipped. Kumari is the most powerful form of Mahashakti.

Tamal Dutta and his wife Moushumi Dutta started Kumari puja with a Brahmin girl in the year 2013 but later, they decided to break this tradition and started inviting baby-girls from non-Brahmin and Dalit families.

Also Check: In Pics: Things Bengalis Miss If They Stay Out Of Bengal During Durga Puja

Fatima, The Girl To Be Worshipped As Durga

“This year we wanted a Muslim child for our Kumari Puja but did not know who to approach. I asked my colleagues for help and Muhammad Ibrahim, a resident of Kamarhati, eventually volunteered. He talked to his sister in Agra and sent me a photo of his niece. We were overwhelmed,” said Tamal Dutta.

“I feel overjoyed. We strictly follow old rituals. This puja will be memorable,” said his lawyer wife Moushumi.

Although Kumari Puja is performed in many temples and homes across the country during Durga puja and Navratri, no family is known to have worshipped a Muslim girl in recent history. 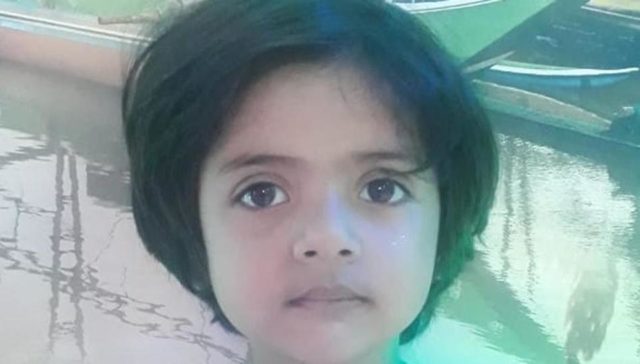 A Note Of Peace & Harmony

Fatima’s mother Bushra Bibi has already arrived at Kamarhati with the child and said that she felt “honoured” by the invitation of the Dutta family.

Muhammad Ibrahim, Fatima’s uncle said, “At a time when Hindu-Muslim relations are under strain in some parts of the country, acts like this can revive the faith in humanity.’’

The noble effort of Tamal Dutta and his family is no doubt remarkable. In such a crucial time when people spread hate in the name of religion, Bengal’s Dutta family has set an example of love, peace and harmony.

Breakfast Babble: Bengalis Eat Non-Veg During Durga Puja And It Is Completely Fine!