While the world was just waking up to the extreme crisis of the Amazon forest we Indians have a much bigger problem happening right in our backyard.

The Aarey forests of Mumbai have been involved in some major issue for quite some time with BMC’s approval to cut almost 3,000 trees in the forest being the last straw, prompting many people from the state to protest against it.

What Is This Aarey Forest Issue?

Aarey forest has been a sensitive issue for the people of the city for many years now, last year too there was a big forest fire that people suspected the government to be the cause of.

It was alleged by some reports that the fire was just a way to get the village and tribal people out of the land and allow the government to grab it for their own interests.

Now, the matter has come under scanner once more especially with the latest decision of the Brihanmumbai Municipal Corporation (BMC) to cut down around 2,700 trees at Aarey Colony.

BMC’s Tree Authority on Thursday gave permission for this clearing to give space for the upcoming Metro car shed for the Mumbai Metro 3 line.

However, this has been met with massive backlash from environmentalists, citizens, celebrities, politicians and more.

In light of this, two expert members out of the 5 independent experts of BMC’s Tree Authority have also decided to resign since they disagree with the voting process.

According to reports the voting was conducted in a very “haphazard” manner which resulted in votes being misunderstood. Both the members, Shashirekha Suresh Kumar and Chandrakant Salunkhe, have gone on record to say that they do not agree with the cutting of the trees.

Kumar has commented that, “It is rather distressing to know that my fellow tree experts and I are being accused of allowing trees to be cut for the Aarey Metro 3 carshed. Being a Botany teacher and a nature lover, there could be nothing farther from the truth. I would never say that. Since the time of my nomination to the committee, no due process has been followed for the assessment of the site and the decision was taken in haste.”

However, officials on their part are denying this and stating that there was no chaos and proper procedure was followed. They have even insisted that the metro project will be actually eco-friendly as it will make more people use public transport reducing the number of cars on streets. 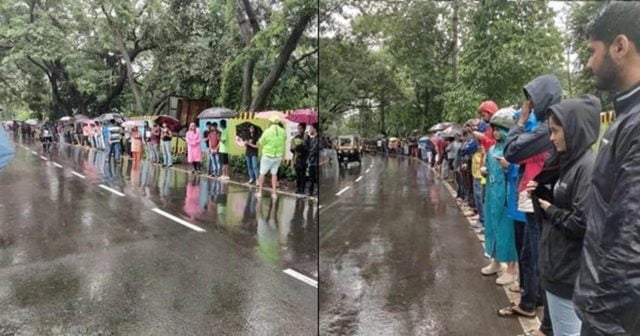 The project has been met with mass criticism, with a report from Mumbai Mirror saying that around 8,20,900 complaints against the project were sent to the BMC.

Now with the decision having been somewhat approved by BMC the citizens have taken it upon themselves to save the forest.

Foregoing the preparation for the Ganesh utsav festival and even braving the rains, people from Mumbai including children and more have created the ‘longest human chain’.

On Sunday, over 1,500 Mumbaikars formed a 3-km long human chain holding placards and shouting slogans like ‘Save the trees, save Aarey’.

Bollywood actress Shraddha Kapoor joined into this human chain herself and stood in the peaceful protest against the felling of the trees.

Trying to do my bit. Went live on my insta sometime back to show you all how so many people have come together to stand up against this. 2700+ trees are slated to be chopped down for the Metro. Unacceptable. Shocking. As if we don’t have enough environmental issues already. As if Mumbai doesn’t have enough pollution already. And permission is granted to chop off the lungs of the city. This HAS TO STOP. #SAVEAAREY #TRYYOURBITFORTHEENVIRONMENT @aareyforest ❤️

Read More: In Pics: Haryana Govt. Will Give Rs. 50 To School Students For Planting Trees And Takes Steps To Be More Environment Friendly

Not just her but actors like Randeep Hooda, Dia Mirza and Esha Gupta all have come forward in support of saving the trees.

Along with them even politicians and the Shiv Sena have backed the protest.

I still have hope that the CM will do away with the misleading reports on aarey that say there’s no wildlife there, go with the sentiment of Mumbaikars & environment. We are championing the cause of climate change globally and we must save whatever we can, where we have an option 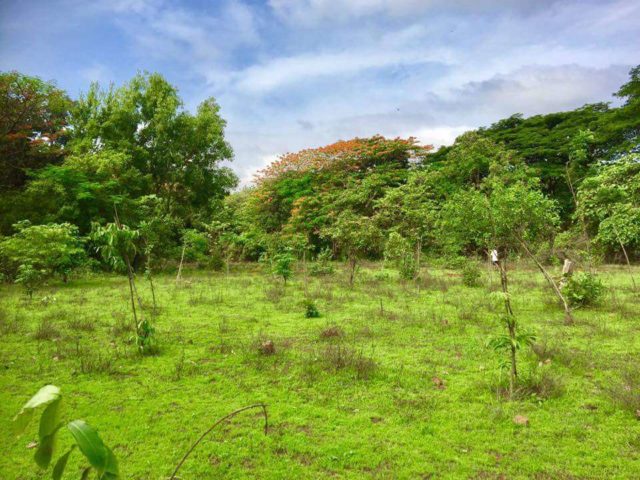 Has Been Going On For Years

This is not the first time that the forest land has been under so much attention as even in 2017 the metro car shed issue had come up. The Maharashtra government has been wanting to convert a portion of the area into a Metro car shed for years now.

But the area being such an important ecological area with various birds, insects, animals and plant species has had environmentalists and citizens fighting for its protection.

Perhaps the cutting of so many trees would not have been an issue if the government or authorities had not already been chipping away at the land from the beginning.

Apparently, the forest land used to stand at a proud 3,000 acres in north Mumbai, that however, was reduced to a mere 1,300 acres. A part of the nearby Sanjay Gandhi National Park about 3,160 acres of Aarey forest was given off to the Aarey Milk Colony in 1949.

From there it was just a tumble down the hill with it being declared a No-Development Zone which changed to a Development Zone in 2014 and slowly pieces of the land began to be encroached on.

One has to remember that the Aarey forest remains one of the last few green patches in Mumbai and it has 4.5 lakh trees, reptiles, mammals and around nine leopards. Cutting of the trees can greatly harm the biodiversity of the forest.

The environmental importance of this land is immense and as per a report by The Hindu, stated how an “expert committee report sanctioned by the Chief Minister’s office, which reportedly concluded that the Aarey forest is the fifth highest in terms of ecological importance in the city.”

In a June 2019 report by BBC where they spoke to Asha Bhoye, a member of the Konkani tribe that lives in a settlement called “padas” in the Aarey forest. She said that, “We are not getting basic facilities here, and now metro authorities want to take away the jungle which belongs to us too.”

Also it is not just this one project that is causing such strong opposition, many people are afraid that the completion of this project will only lead to a domino effect where slowly other projects will also be given permission.

Right now when the environment is already in such a turbulent state and climate change is one of the biggest topics being discussed, is cutting such a large number of trees that could endanger all the life inhabiting the land really the best thing to do?