Home Politics Religion + Revenue Could Be A Lethal Combination With Focus On Cow-centric... 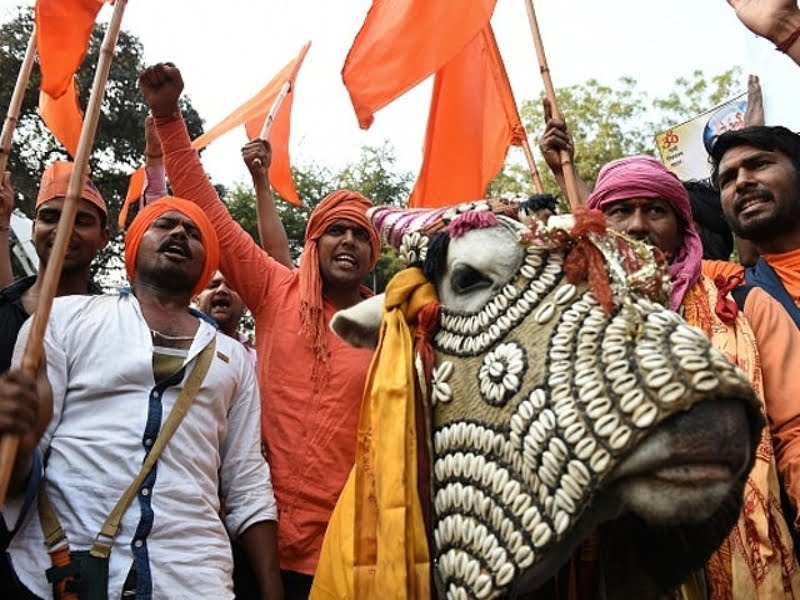 Of the two people killed in a mob lynching in Bulandshahr, Uttar Pradesh, one was police inspector Subodh Kumar Singh. He was part of the team trying to control protests that broke out after cow carcasses were reportedly found in a forest.

A day after the incident, the chief minister of Uttar Pradesh, Yogi Adityanath ordered a probe. If you are thinking it was very prompt and dutiful of him to do so, wait before you find out what he said.

He told the officials, “Tough action needs to be taken against those who carried out cow slaughter.”

“The incident is part of a bigger conspiracy, and hence all those directly or indirectly related to cow slaughter should be arrested in a time-bound manner,” the official statement said. Actually, that’s all it said. There was no mention of the lives lost.

As unfortunate as it may sound, this is what has befallen us, at least in various parts of the country. Cows are deeply valued as if they’re on top of the food chain, and human lives seem to be nowhere close.

Another recent testament to how indispensable a cow has become in this country is Prime Minister Narendra Modi’s new idea to boost the employment and economy in the agrarian sector. 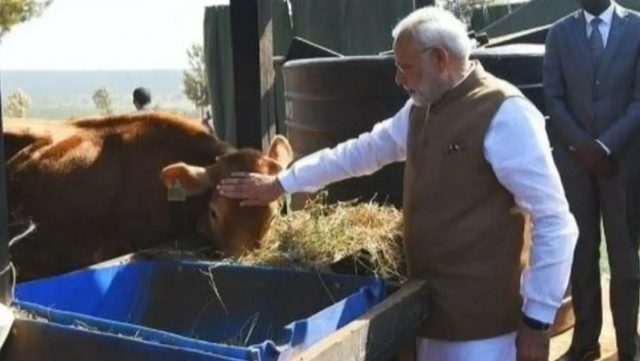 How Cow-centric Startups Will Drive Revenue

The Modi government aims to encourage entrepreneurs to establish new startups for marketing of cow-based products. A commission called the Rashtriya Kamdhenu Aayog, formed four months ago under the interim budget, is working to implement it.

The commission will provide cow shelters, along with assistance in the form of finance, technology or credit facility to rear cows and promote cow-based products to the market. This will create new jobs in the rural economy.

Also Read: An Uttar Pradesh Startup Called ‘Goyo Rooms’ Has Set Up Luxurious Gau-shalas For The Protection Of Cows

Major market players can also participate in this plan by setting up bio gas plants, which operate on cow urine. Furthermore, the government will offer soft loan facility to self-help groups and co-operatives, at low interest rate and with a 12-year repayment schedule.

Under the scheme, the commission plans to make sure that at least one cow is available in every rural household. For this, it is consulting several experts to figure out how much monetary assistance the state governments can provide for purchase of cows.

The Rashtriya Kamdhenu Aayog was allocated Rs 500 crore in the interim budget, with a mandate to ensure primacy of cattle preservation.

The maintenance of cow shelters will be added to the list of corporate social responsibility (CSR) objectives. This will facilitate the use of CSR funds for construction of new cow shelters and upkeep of existing ones.

The Yogi government has already imposed a 2 per cent cow tax for better conservation and enhancement of cow shelters.

Religion and Revenue Could Be A Lethal Combination 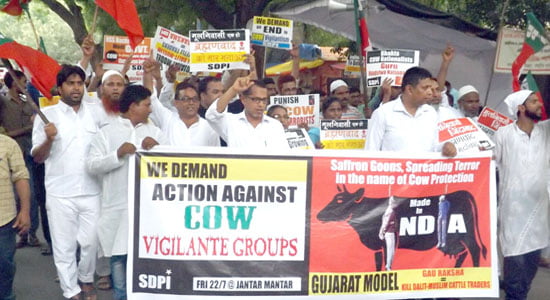 A start-up culture in this domain was unexplored up until now. The right amount of investment and incentives in cow-centric startups can result in large scale production, marketing and distribution of cow-based products.

The government’s plan, if implemented efficiently, has the potential of resolving the agrarian distress.

However, this means that people now have two reasons to protect (read overprotect) cows – religion and revenue.

Earlier, people used to wreak havoc and kill fellow human beings for cow slaughter because they considered cows sacred and couldn’t bear the idea of someone going against their religious beliefs.

Now, when the cow is going to become their primary source of income and livelihood, they will leave no stone unturned to take law into their own hands and mete out punishment to those who trade or kill the ‘gau mata’.

The government needs to make sure that stringent measures are taken to curb cow vigilantism and anarchy, while promoting and backing cow-centric startups. After all, cows can be considered sacred, but humans or their source of revenue are definitely not supposed to be taken for granted.