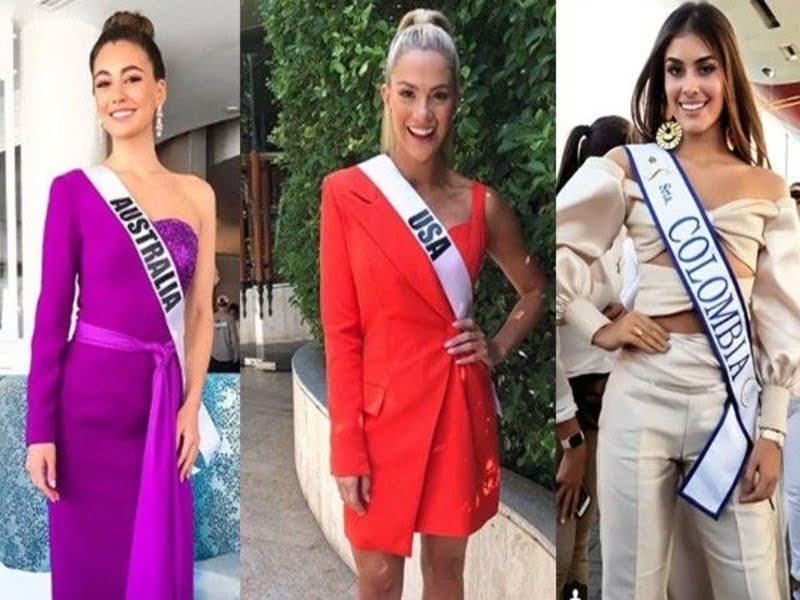 The Miss Universe pageant is one of the most renowned and respected titles around the globe. Nearly ten thousand women from different countries of the world take part in the pageant events every year to emerge victorious and make their homelands shine with pride.

It’s a coming together of different cultures and most importantly, a celebration of diversity.

But it seems that some participants at this year’s Miss Universe Pageant seemed to have forgotten this basic motive behind the entire concept.

Miss USA along with Miss Columbia and Miss Australia was spotted on a live video on Instagram criticizing and making fun of Miss Cambodia for her lack of English fluency at the beauty pageant.

What a shame!
Instead of gossiping about other contestants @MissUniverse @sarahrosesummer @MissUSA you should look at yourself. Ask a question, is your comments is 1. Respectful?2. Does it hurt another? U don’t deserve to represent miss USA. pic.twitter.com/bnIgIGdzjA

Miss USA Sarah Summers mentions in the video that she was “concerned” that Miss Cambodia doesn’t speak English. She says,

“Not a single other person speaks her language. Can you imagine? Francesca Hung (Miss Australia) said that that would be so isolating and I said, ‘Yes, and confusing for her all the time.”

According to Miss USA, not speaking English can land you in social alienation and confusion. Isn’t this just another way of saying, ‘If you don’t speak English, you’re not welcome in my group?’

Her xenophobia is clearly visible in the video. The racist comments stand as proof to the fact that even now, English is considered a superior language and those who aren’t accustomed to the same end up being mocked.

And if you thought that was it, then you’re wrong. In another IG video, Sarah takes a dig at Miss Vietnam.

Here’s a clip from the same:

Here, along with Miss Australia and Miss Columbia, Sarah is seen mimicking how Miss Vietnam would look clueless in a conversation and how she “pretends to know so much English”. They also joke about how she would pronounce the word ‘fashion’ as ‘fash-yon’.

Wow! So much for advocating “women empowering women”, Miss USA.

We’d like to tell you that English is neither the native language of Cambodia nor of Vietnam. Even the rules of the beauty pageant allow the participants to speak in whatever medium they desire. The question and answer round is also held with the help of a translator and no person is restricted to speak in English.

If the organization doesn’t discriminate against people not speaking English, was it really fair on Miss USA Sarah Summers’ part to pass such vain and condescending comments against her fellow beauty queens?

Also read: From Jungle Book To Chhota Bheem, How Cartoons And Movies Have Showcased Racism Over The Years

After the video went viral on social media, the three finalists received huge public backlash on the internet.

People vented their anger on Twitter and even went to the extent of saying that these finalists should be shown the exit from the pageant.

Here are some reactions:

These girls will never deserve to be on Top 20… #MissUSA #MissAustralia #MissColombia
The "Mean Girls" of #MissUniverse #MU2018 #MissUniverse2018 @Viral Rude Behavior of Miss USA Australia Colombia against Cambodia (Can… https://t.co/ILgy0FqQEd via @YouTube

I’m ashamed that this person is repping the USA in the @MissUniverse pageant. #SarahRoseSummers should be removed and replaced w/ a compassionate and inclusive participant. Watch the videos of her mockery https://t.co/D7DcYoGMXB #racist #Cambodia #MissUSA pic.twitter.com/PLUlpb6IQw

Dethrone #MissUSA 2018 #SarahRoseSummers ! Not only is she racist and thinks that speaking english is what the universe is all about, but she also sounds like a minion and laughs like a smurf. And she looks like a voodoo donut mascot.

English is not a Universal Language

Well, it’s not the first time someone has been ridiculed for not being able to speak fluent English. Even back in India, we regard fluency in English as a scale to measure one’s intelligence.

We need to understand the fact that English is not a universal language yet and no matter “how easy it is to pick up”, some people aren’t as fluent in the language as we might want them to be.

Each country has their own primary language and it’s completely understandable when someone prefers speaking in that particular medium instead of English.

So rather than feigning sympathy for someone who’s not well-adapted to English, we should instead try to be humble and respectful towards their culture and country.

After all, it is only when we progress together that we can progress at all!