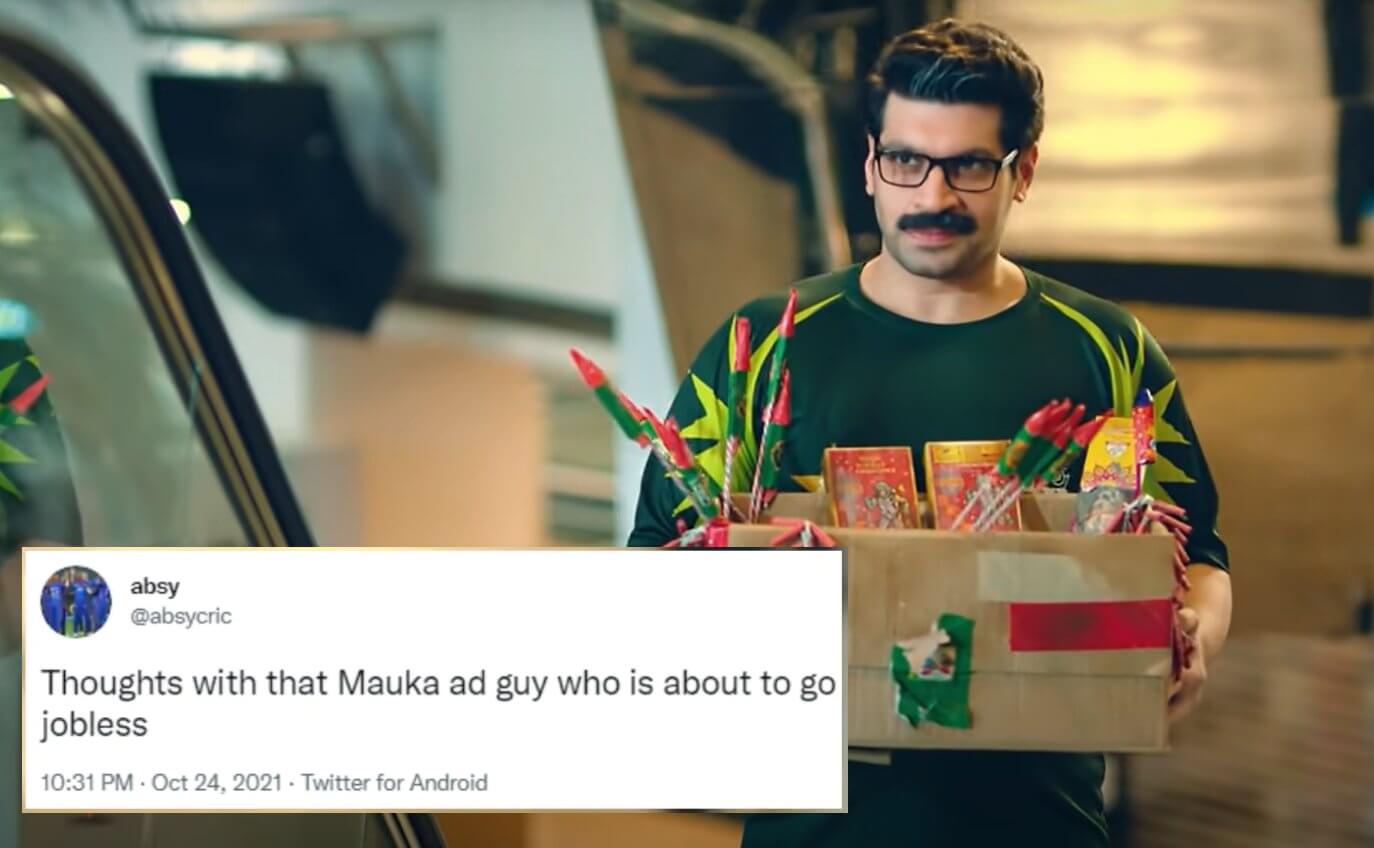 On Sunday night, Pakistan after almost three decades got a win at the Super 12 stage of the T20 World Cup currently going on in Dubai, UAE.

Any India vs Pakistan cricket match is seen with great gusto from people of both countries, but this one has always been a bit special considering India’s long winning streak they kept up.

However on 24th October that was broken when the Pakistan cricket team’s Babar Azam and Mohammad Rizwan led their team to victory by 10 wickets and 68 and 79 runs respectively.

Pakistan had won the toss and chose to bowl first where India made 151/7 in 20 overs. Pakistan on the other hand made 152/0 with both Azam and Rizwan remaining not out during the entire time.

After the defeat, while the Pakistani fans were celebrating the much awaited win, many people including Indians too felt this was an appropriate time to retire the long running advertisement by Star Sports called ‘Mauka Mauka ad’. The ad that had first aired during the 2015 Cricket World Cup as a fun banter between the two teams to kind of boast India’s winning streak.

But over the years the ad has run its course with many people online feeling it is no longer relevant or funny at all.

The recent defeat of the Indian team has just led to many netizens to joke about how now the ‘Mauka Mauka’ ad guy’s career is over and that the ad needs to be put to rest now.

Read More: Why Is Cricket As Big As Bollywood In India?

A lot of people certainly feel as if retirement for this ad is the best possible decision.