Home Social Opinions Monkeys Strapped By Necks, Dogs In Their Own Blood, This German Lab... 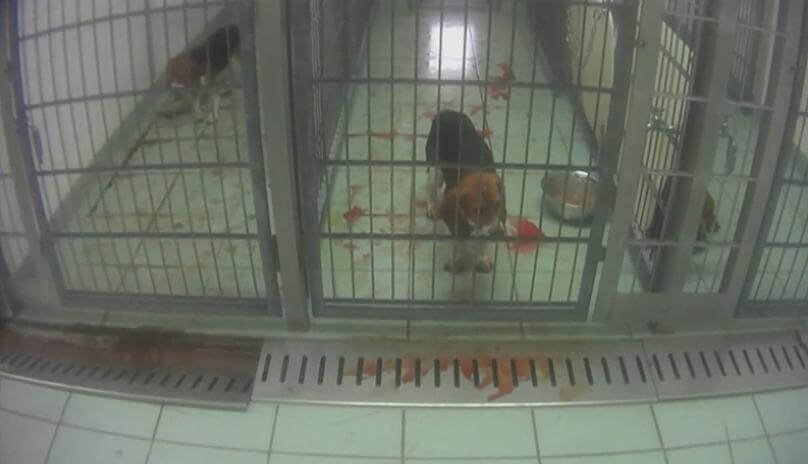 Disclaimer: The following content has description of abuse and animal cruelty.

Animal cruelty has always been a subject close to me, to the point I’ve completely stopped using any and every brand that even has the possibility of doing animal testing.

It is a good thing that some parts of the world understand this and are moving towards taking strict action in order to protect animals from being abused.

However, there are still many places that continue to commit this horrific act, one of them being this lab in Germany. I came across this news in an Instagram post where you could see how the animals were being kept in inhumane conditions.

This came to light after an undercover raid was carried out by animal activist organisation Soko Tierschutz and Cruelty Free International.

Their investigation revealed the torture and abuse the animals had to go through after toxic testing was done on them.

What Was The Raid?

According to reports, the lab in question is a German laboratory in Mienenbüttel in Neu Wulmstorf, Lower Saxony.

An activist/worker got a job at the Laboratory of Pharmacology and Toxicology (LPT) in Autumn 2018. The organisation had actually been trying to get their way into the lab for some time.

Friedrich Mülln, from Soko Tierschutz, stated that, “In 2013, we also tried to get a job there, but were not successful. From December 2018 to March 2019 the undercover investigator worked in the lab.”

The investigator uncovered exactly what was happening at the lab which included toxicology testing being done on animals like monkeys, beagles, cats and rabbits.

The operation was revealed to the public in October of 2019 and it created a furor around the world at the cruelty seen in the 8 minute footage.

The animals were supposedly kept in barbaric conditions with one image showing a beagle dog having blood all over him and the floor of his cage.

After the experimentation some animals were seen to be bleeding or vomiting with no pain medication or anesthetics being provided to them.

“The animals were even still waggling their tails when they were being taken to be killed, the dogs were desperate for human contact.

The worst treatment was kept for the monkeys. The macaques bread of monkeys are small, relatively light primates, which are often used for animal experiments at LPT.

They are kept in cramped conditions in small cages. Many of the animals have developed compulsive tendencies and are seen going round in circles.”

Monkeys could be seen screaming in pain as they were subjected to experiments. The workers would strap metal devices around their neck and bind their arms to stop them from moving around too much. 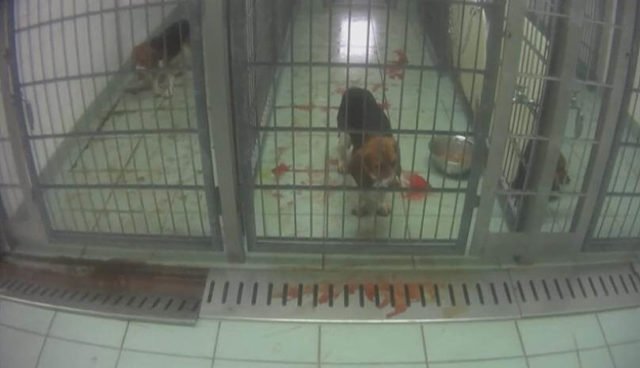 What Happened After The Reveal

As soon as the footage was published, authorities from Harburg arrived at the lab to do a spot check. This check eventually confirmed many of the accusations that the organisation was making against the lab.

The undercover raid also brought to light how the other members of the staff at the lab were not trained in any way. They had no knowledge of animal safety or care.

As per a report by The Guardian, Kate Willett, of Humane Society International commented the very basis of the experiments is “virtually useless” along with the data collected from it. Because the stress and inhuman condition would have altered the physiology of the animals.

She also said that, “It’s time for this type of testing to be relegated to the history bin,” and added that, “There are new, non-animal methodologies available for safety testing so to see this type of abuse going on in in the name of science in the 21st century is unforgivable.”

It is also not the first time that the lab is under fire. Since 2015 it has been subject to around 9 inspections out of which seven were unannounced. Along with that, the facility was also fined €300 (Rs. 23,558) due to it bringing in new dogs without getting the appropriate permission.

Frankly, it is high time that animal testing be completely stopped around the world, since it does more harm than good.