It’s been almost two and a half months that we all have been sitting at home. We are facing lockdown one after the other but finally, we have entered the first phase of the three-phase unlock plan announced by the Union Ministry of Home Affairs.

From June 8th, Phase one of the unlock plan will permit the opening of religious places and places of worship for the public, hotels, restaurants and other hospitality services, and shopping malls.

The decision for opening schools, colleges, etc. will be taken in July in phase two. And, phase three will decide the resumption of international flights, metro services, cinema halls, entertainment parks, etc. 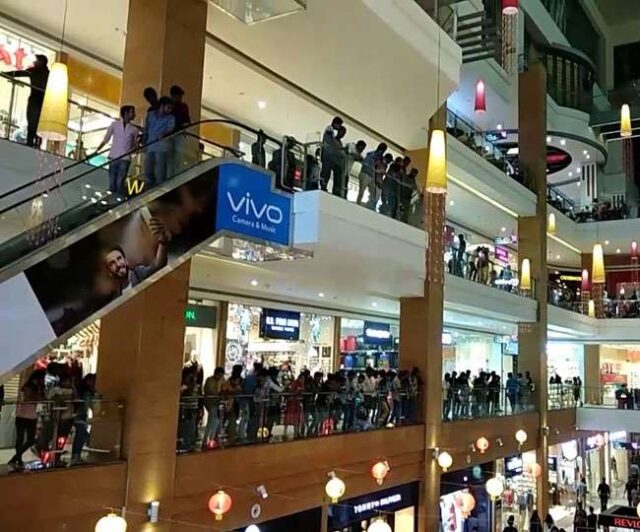 The central government now wants us to fight the Coronavirus independently. It has left our survival in our hands. However, the lockdown will continue in containment zones for one more month, till June 30th.

Unlock plan has made us more meticulous and we are ready with our sanitizers and face masks to defeat the virus single-handedly.

They have already become an inseparable part of our lives but it is not possible to wear them all the time. Many are unaware of some pitfalls of wearing a face mask especially, while jogging, running, and working out.

Should We Put On Face Masks While Working Out?

It has been made mandatory for everyone to put on a face mask whenever they step outside their house. But, if you are a fitness freak, you might know how difficult it is to run or workout in a mask.

When we wear face masks, it becomes quite arduous to breathe normally. It decreases the flow of air into the lungs. The heart rate raises which makes inhaling difficult while running or working out. 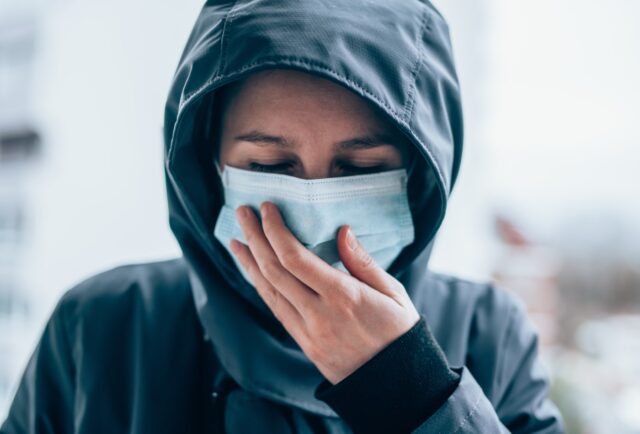 As an alternative, working out indoors may come to our mind but as we know working out in fresh air is the only way to count it as an actual workout.

However, according to some physical therapists, it is safe for most people to exercise while wearing a face mask. We just need to monitor the intensity of the workout.

People who have cardiovascular and respiratory diseases and those who are new to exercising and haven’t done it in a long time should avoid working out with a face mask.

Working out or running wearing a face mask could result in lightheadedness, dizziness, numbness, shortness of breath, and one can even faint.

Also read: This COVID-19 Pandemic Has Created A New Line Of Business Of Designer Masks But Is It Sustainable?

Avoiding Exercise Is Not A Solution

We know that we can’t go outside if we don’t wear a mask but we also know that lying inert the whole day will take us to many more diseases.

So if you are conscious about your health and don’t want to wear a mask while running just make sure you are six feet away from others while exercising or jogging in a park. 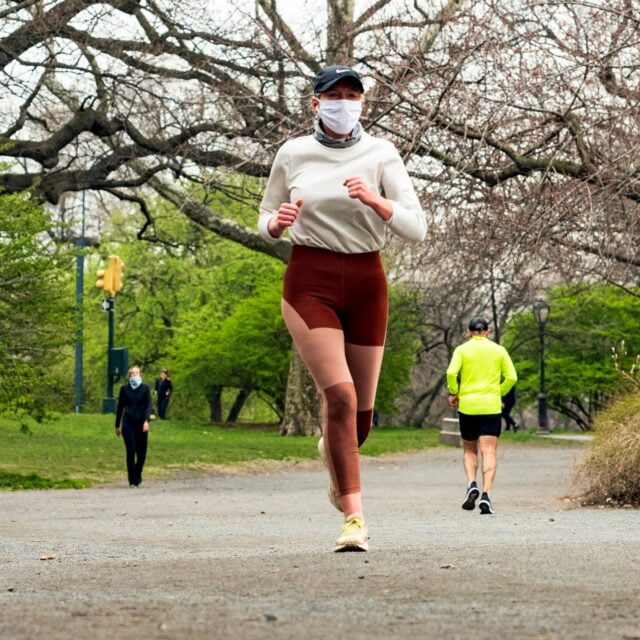 Also, avoid running behind someone so that you don’t breathe their expired air. Circumvent popular routes and take a mask for exigency even if you don’t expect to cross paths with anyone.

One can go to the gym only when he wears a face mask. So, the only solution to this problem is to keep the intensity of your workout from low to moderate and stop immediately whenever you feel dizziness, shortness of breath, etc. or you may land yourself in a hospital.

This Is What Happened To A Jogger In Wuhan

According to a report by the Times Of India, “A 26-year-old man from Wuhan, China ended up in a hospital with a complaint of chest pain after he went jogging while wearing a face mask. The man somehow covered the distance of 6 km even though he was having difficulty in breathing. After reaching home, he felt pain in his chest and immediately rushed to the hospital. On examination, the doctors reported that his lungs collapsed due to performing intense workouts while wearing a face mask”.

From toddlers to elders, the guidelines to wear a mask are the same for all age groups. But wearing it all the time could result in serious health issues especially if you are already suffering from heart diseases, asthma, etc.

Wearing a mask sometimes can reduce the intake of oxygen or can force one to inhale their expired carbon dioxide. 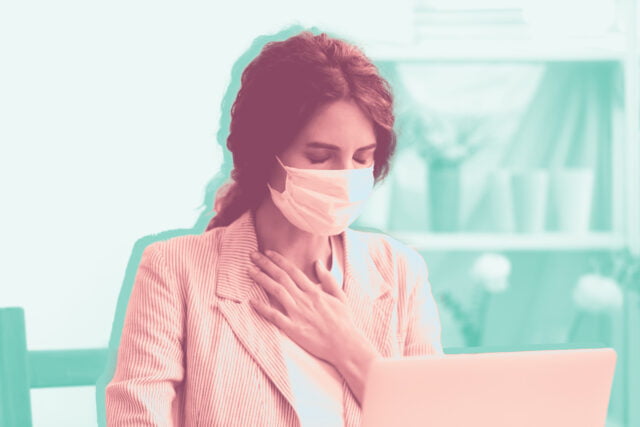 The Times Of India reported that according to the National Institutes of Health, “In rare cases, inhaling high levels of carbon dioxide may be life-threatening. Hypercapnia, the carbon dioxide toxicity can cause headache, double vision, vertigo, difficulty to concentrate, seizures, and suffocation due to the displacement of air”.

We need to be extra cautious now for our health because the restrictions have been uplifted and only we would be held responsible for our actions.

This post is tagged under: running while wearing a mask, workout, working out with a mask, wearing a mask outside, carbon dioxide, should I wear or not, safe, is it safe, health risks, hazards, problems, breathing, issues, low oxygen, asthma