Always in the spotlight, the onus is on the celebrities to set an example for the 1.38 billion Indians looking up to them. However, the newspapers are filled with a never-ending list of horrible decisions that one cannot expect from the ‘educated’ and ‘elite’ crowd.

Bollywood actress Shilpa Shetty announced the arrival of her newborn through surrogacy, following the footsteps of Karan Johar and Shahrukh Khan.

The former already has a son but was reportedly facing troubles conceiving the second time in the past 5 years. Hence, she opted for surrogacy.

This news did not go well with the moral police Rangoli Chandel, Kangana Ranaut’s sister. She took to Twitter to express her views against surrogacy. Her tweet states that she is looking forward to adopting a baby girl and encourages other couples to do the same. She believes in providing a home to the ones in need.

In another tweet, Rangoli mentioned that it was her sister, Kananga’s idea and then revealed the name of her future child, Ganga.

The timing of the tweet has made it appear as an indirect jab at Shilpa Shetty. She has successfully, yet again, managed to mock a Bollywood star and I cannot help but agree with her.

Adoption is not just a choice but the need of the hour! Not only couples with physiological constraints but everyone who plans on having two kids must adopt at least one. 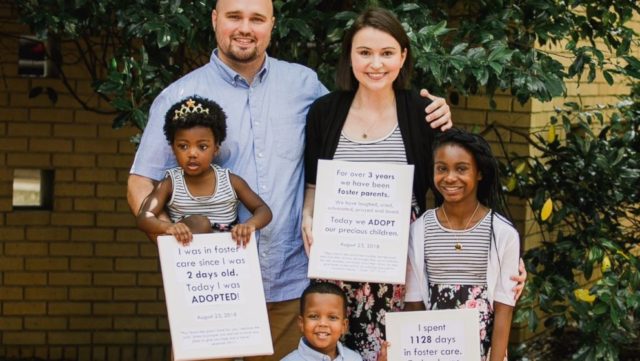 With the ever-increasing population of India and the orphanages, how do you justify the need to have a child you can call your own while there are plenty looking for a home? Deafening the cries of the homeless, the need to have your own blood take forward the legacy has overpowered the sensible minds.

The urge to have a child carry your DNA is much greater than providing a home to the abandoned. Not only are these celebrities ignoring the ones in dire need of a family but sending a message that it is okay to be ignorant.

ALSO READ- FlippED: Should Single Parents Be Allowed To Have A Child By Surrogacy? Our Bloggers Fight It Out

People often worry about the extra effort they have to put in, to remove the trauma the kids possess and deal with their abandonment issues. Yes, they may be right to some extent but after you get through that phase, the fruit is sweeter than usual. Here’s an example –

Sushmita Sen, who has adopted two girls in the past was brought to tears by her daughter’s essay in November last year. The 10-year-old was seen thanking her mother and the line, ‘You gave life in such a way, that you saved one’, seems like an unreal concept for such a young mind to grasp.

The satisfaction of knowing that you fulfilled the silent prayers of one out of the many children in orphanages is much greater than feeding your pride. The amount of love you will receive cannot be compared because the child knows that you are not just their parent but a savior.

Naturally, an adopted child will not have your features but is more likely to acquire your wisdom. Respect doubles, and so does the sense of gratitude in the child. What better way to live a life than provide a home?