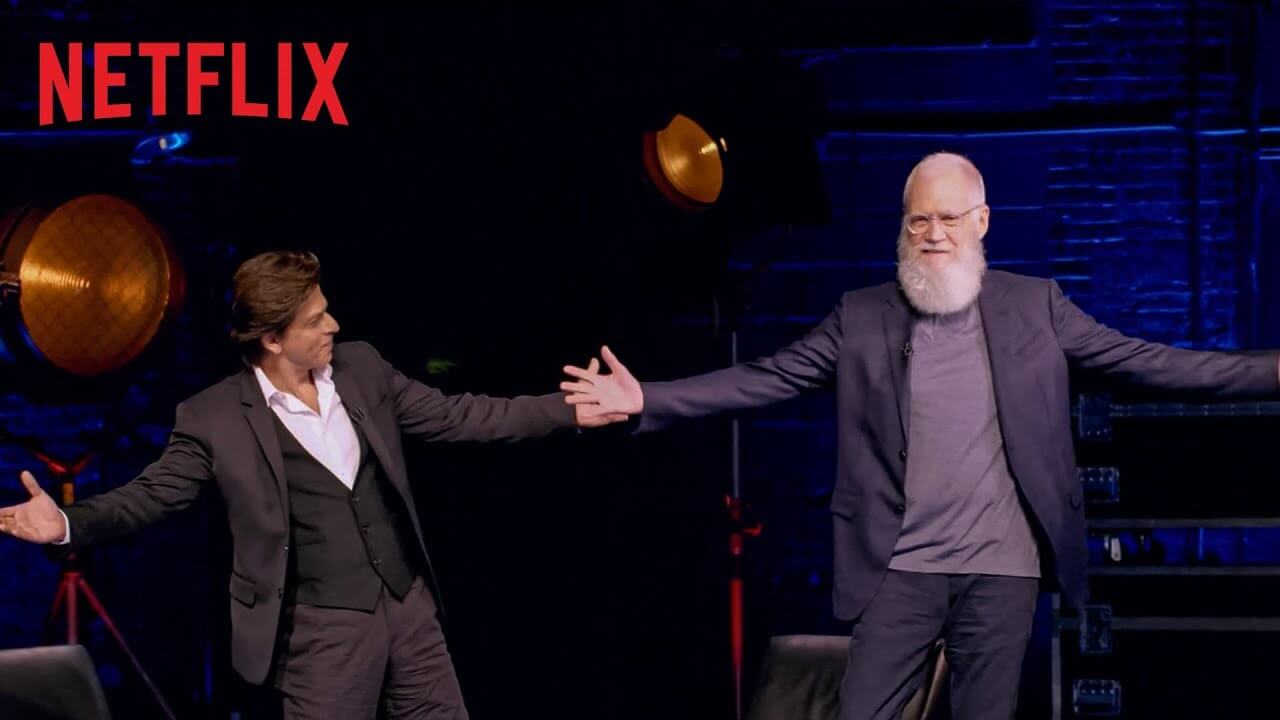 “Whatchamacallit-his hair has worked his way into the hearts of Indian audiences by sliding on an ice slab, down the stairs, somersaulting, cartwheeling, eyes trembling, lips trembling. A visceral maniacal energy but still cloyishly boyish.”

This is what Indian film actor Shah Rukh Khan had memorized to be able to tell talk-show host, David Letterman on how to introduce him on his show that is ironically called, ‘My Next Guest Needs No Introduction’.

However, this wasn’t required when he walked out on to the stage in New York City to a resounding applause and the biggest standing ovation, which marked the beginning of an engaging 1-hour interview.

David Letterman dived deep into the actor’s early days, his relationship with his parents, how he spends time with his kids, what gives him hope and all that influenced and shaped his life.

Letterman also went to Mumbai to shoot part of the episode and provided unprecedented access to the inner world of Shah Rukh Khan, including a dinner table conversation with the actor’s wife, Gauri Khan.

Here are some of the wittiest replies that King Khan gave during the interview.

1. What He Thinks About His Superstardom 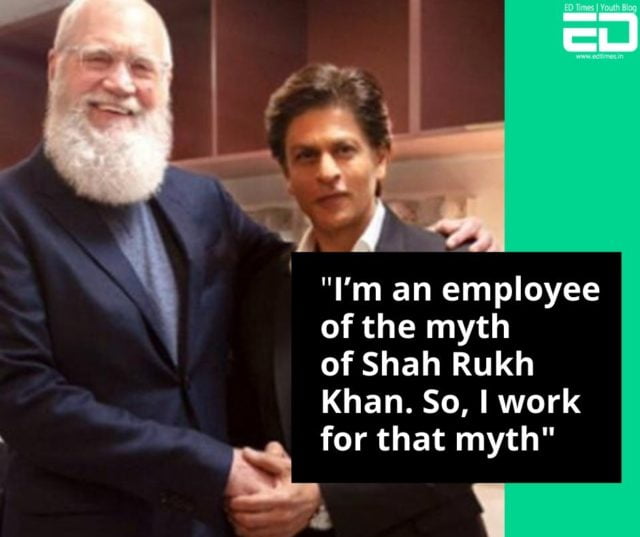 2. His Thoughts On Donald Trump 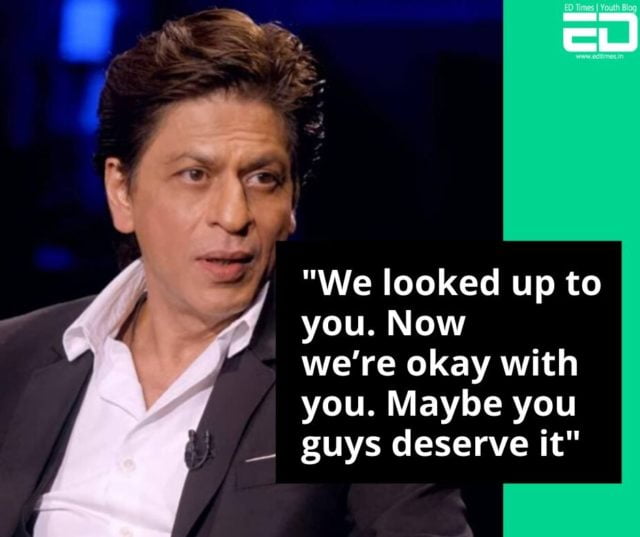 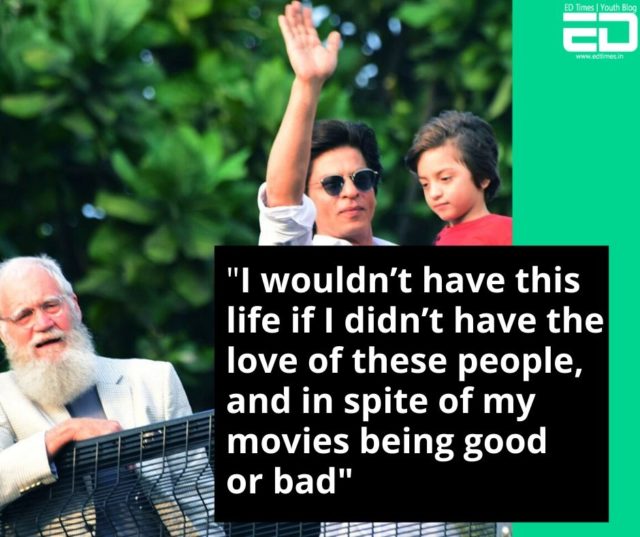 4. When Letterman Faked His Injury While Cooking To Impress SRK 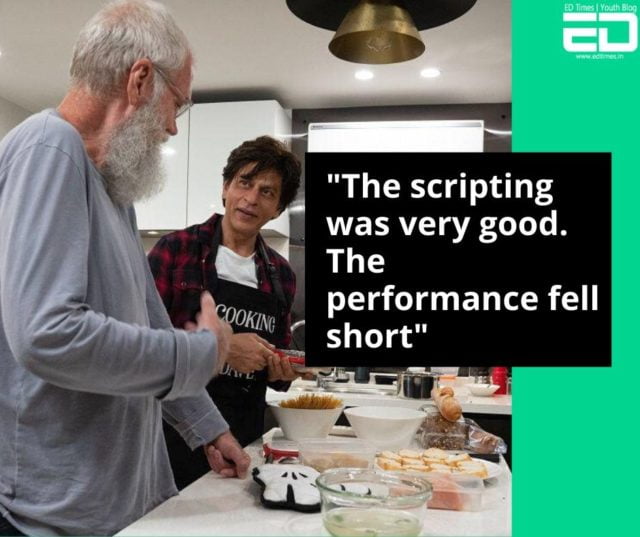 5. What Happened When He Showed His Work To His Mother 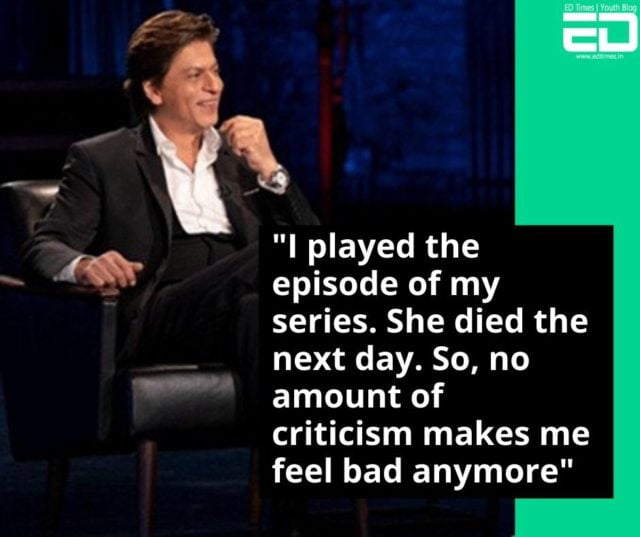 Self-deprecating, intelligent, and funny- this is the SRK that all we all love so dearly.

Letterman was evidently gripped by his charm when at the end of the episode he remarked,

“After each of these sessions, I feel and think that it was a very smart and lovely conversation and, maybe, you will be on the top of the list.”

Watch this interview on Netflix and let us know what you thought about it in the comments section below.

The Real Life Of The Real Jabra Fan Of SRK: Vishahrukh Khan