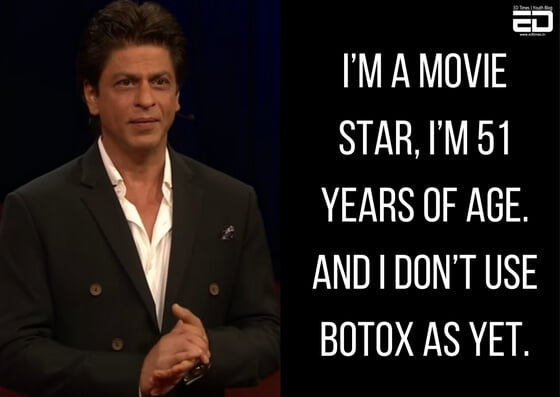 SRK or Shah Rukh Khan is the King or Badshaah of Bollywood, and say whatever you might of his films and how mind-numbing they might be, but one thing you cannot deny is the absolute mastery he has over oration.

SRK is akin to Mark Antony, a great orator knowing exactly how and when to use his words to capture the attention of his audience fully. Even if you are a SRK hater, you cannot deny that there are few such exceptional orators in the world today, who can make completely hold your attention and move you with your words.

The full Shah Rukh Khan TED Talk has just been released and is the reason why I am marvelling over the amazing way he laid out his words, the sincerity, the enunciation of each word and the entire talk was just mesmerising.

Read More: 5 Times Shah Rukh Khan A.K.A. SRK Did Something Beyond Our Expectations

That is why, if you have not seen the talk, I bring to you the 10 exceptional quotes made by SRK in the TED Talk. But even still, you all should seriously watch the talk: What Is Common Between SRK-Modi-Amitabh Bhachchan- Virat Kohli And Ranveer Singh? (Video)

Escaping For A Quick Getaway To Lonavala? This Exciting New Cafe Is Worth The...

Reviews Brand Voice - September 27, 2021
September 27: Are you a sucker for exploring new places to enjoy some mouthwatering delicacies, drinks and one of a kind ambiance? Look no...