Today the King Khan Shahrukh completed a whopping 27 years in Bollywood. On this occasion, social media was flooded with SRK fans congratulating him and reminiscing his best roles from his movies.

We bring you a hatke story, presenting-Vishal Singh a.k.a. Vishahrukh Khan, the craziest Shahrukh fan ever! 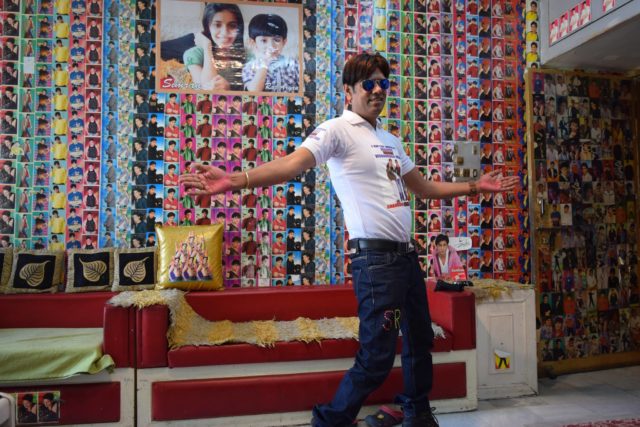 Vishal hails from Lucknow and is a businessman by profession. He has practically devoted his entire life to his hero Shahrukh Khan. He was first introduced to his idol in his T.V. series called “Fauji”. He doesn’t miss out on a single SRK movie and watches the first-day-first-show of each.

Also Read: Back In Time: 22 Years Ago Today, The First Harry Potter Book Hit The Stands

Here’s a glimpse into his life, all of which is a tribute to SRK.

‘Shahrukh Palace’ And Its Stars

That’s the name of Vishal’s grand and stunner house, every inch of which is occupied by posters of SRK, from the bedcovers to curtains, to cupboards to walls to the light bulbs to the ceiling fans- EVERYTHING. 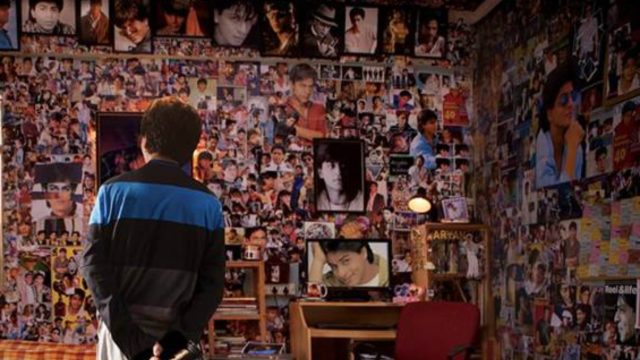 Vishal owns two cars, both of which are bedecked all over with SRK images. He ensures that his cars are updated with the star’s recent photos and after every new movie, he tears out the old pictures and replaces them with new ones. 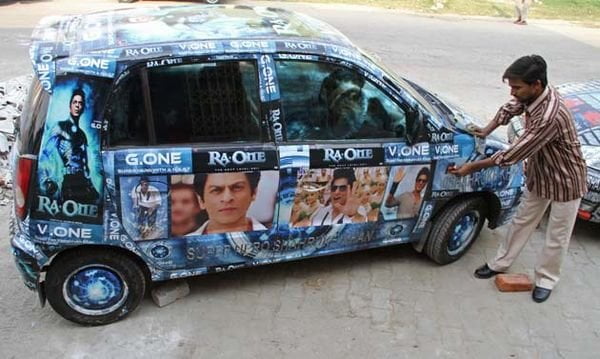 All in all, his house and belongings contain about 22k SRK pictures!

He believes that his journey of uniting with his wife bears a stark resemblance to Shahrukh’s 1995 film DDLJ (The legendary Dilwale Dulhania Le Jayenge).

His devotion to SRK is complemented by and fanned by his wife Ruchi, who is an equally crazy SRK fan.

Their children are no different either. They named their daughter Simran, after Kajol’s character in DDLJ and their son is Aryan, named after SRK’s eldest son. 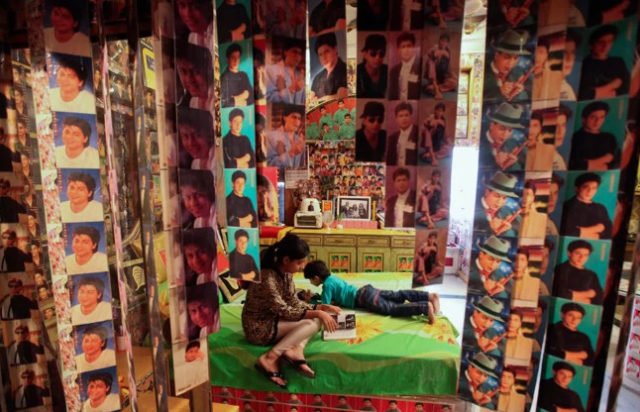 And they DID meet their idol

The couple drove 1300km to Mumbai for their honeymoon and spent a majority of their time outside Shahrukh Khan’s residence Mannat. Finally, the Badshah took notice of his super-loyal fans and met them warmly.

Ever since then, the mighty King of Bollywood has met the family a number of times. The family now takes pride in not only having met SRK several times over but also in possessing many autographed articles from him. 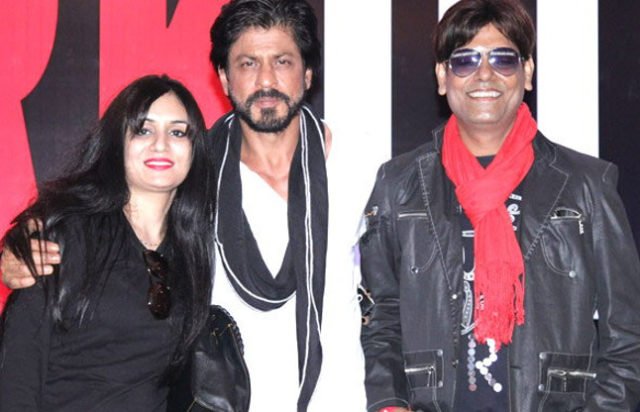 Just to add a cherry to the already insane fandom of Vishal, let us tell you that the parents and kids also sincerely pray to their idol. They chant an improvised version of the standard aarti ‘Om Jai Jagdish Hare’!

Without a surprise, Vishahrukh’s fandom for Shahrukh has garnered his hoards of fans. He is a celebrity figure in Lucknow and sparks an uproar among people when he drives down the lanes with his SRK loaded car in his swag.

What Is Shahid Kapoor Insensitively Celebrating Amidst All The Kabir Singh Bashing?