If you still didn’t get it: This is a fake interview written purely based on the author’s imagination of how the actual interview would have been if we got the chance to interview these famous (for all the wrong reasons) personalities in real. In short, just a good laugh. 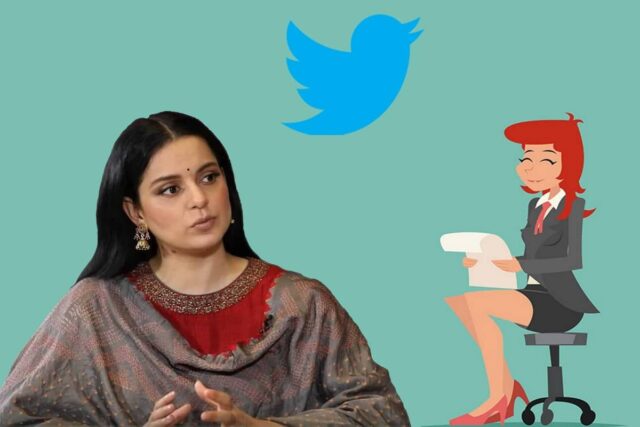 ED: Hello, and welcome to another episode of Fake Friendly Fridays with ED Times! Our special guest for today never fails to make her opinions known on practically everything — especially on social media, and we’re delighted to speak with her today.

Kangana (walks in excitedly): Thank you, thank you dear fans!

Kangana: Yes of course! These nepotism-loving simpletons don’t deserve to be in my presence. SECURITY!!!

(Security escorts baffled audience member out of the studio) 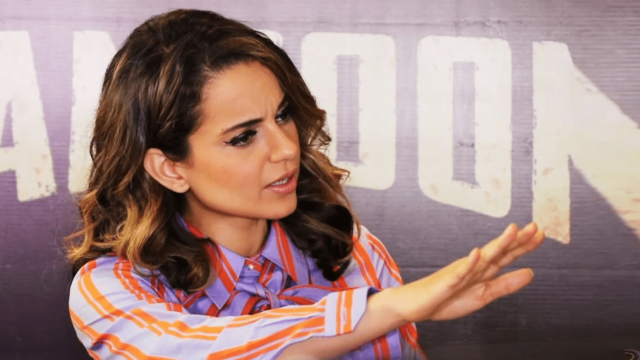 ED (awkwardly): Well now that’s sorted. Kangana, you made your debut on Twitter only in August last year. But it seems like even in that short span of time, you’ve managed to make quite a name for yourself on the platform.

Kangana: Ah you see, I tried to stay away from social media for so long but the minute I got my hands on Twitter, I just couldn’t resist. A place where I could share my unsolicited point of view and no one can stop me? Hah! I don’t know what took me so long.

ED: Oh of course. But we must talk about some of your recent tweets over the months. They’ve definitely taken the internet by storm. What do you have to say about those who mocked you for comparing yourself to Meryl Streep and Gal Gadot?

Read More: In Pics: Kangana Ranaut’s Rude Vocabulary And Use Of Crass Words Against Others

Kangana: Now now, we all know there’s no debate about that. I was being quite modest, in my opinion, and there’s really no comparison here. Meryl Streep is way past her prime.

All I can remember her for is all that lip-syncing and dancing in Mamma Mia. And we all know I can lip-sync just as well (smiles wide).

ED: Oh but she really does sing, you know?

Kangana: Is that so? Well, as I said in my tweet, she can’t keep up with my acting skills so there’s really no denying the reality that I’m brilliant!

ED: Ah yes… Well, moving on. There was news recently about a former minister of the Madhya Pradesh government calling you a ‘Nachne Gaane Waali’.

No doubt your defence to this statement was much needed but your tweet also mentioned that you are ‘no Deepika, Katrina or Alia’. Would you consider this tweet as an attempt to bring down your fellow female co-stars?

Kangana: Oh not at all. I’m simply pointing out the only roles they get, haha! Unlike them, I am a woman of great elegance and sophistication. A real class apart, I tell you. I don’t have time for-

ED: Well Twitter users were quick to show clips of your item song in Rajjo.

Kangana (stares blankly): Uhh… Well… (sheepishly) That was a long time ago! No one is going to find me doing any more songs anytime soon pfft. At least I’m not like that international joker Rihanna (scoffs). Next question, please! 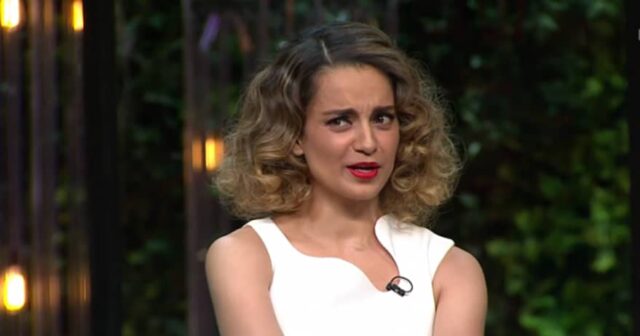 ED: Yes, of course. There was also news of the possibility of your Twitter account getting suspended. Are you concerned about this?

Kangana: Well what can I say? The internet just can’t handle my opinions. But that won’t shut me up. Follow me on Twitter, everyone! Or Koo.. whichever platform I’m not deleted from at this point.

ED: Definitely no surprise there. Thank you for joining us Kangana! This has been an interesting conversation, indeed.

Rahul Gandhi Is Grilled By Kangana Rananut on Nepotism In This Week’s Fake Friendly Fridays!