What do you think when you see the colour black? Darkness, sadness, or fear? The colour is a whole universe in itself. In a way, it sums up the life of Michelle. Portrayed by Rani Mukherji, the character is devoid of speech, sight, and sound.

It’s been 16 years since the extraordinary film was released. It left an impact on the audience with the story of a teacher doing everything he could for his student.

The film shows how Michelle’s teacher Debraj Sahai (Amitabh Bachchan), takes her from the world of darkness and shows her light. The movie was way ahead of its time because it addresses many issues like disability, mental illness, and the education system.

The World Of The Differently-Abled

Something that stands out the most for me in the movie is how disability and the world of differently-abled people are displayed. Phrases such as ‘the retarded’ or ‘the disabled’ do not reflect the individuality or dignity of people with disabilities.

At that time the movie was released, people in our society treated such disabilities as mental problems. Michelle’s father shows that exact face of society to the audience. Simply because she was different from the other kids, he almost sent her to a mental asylum. 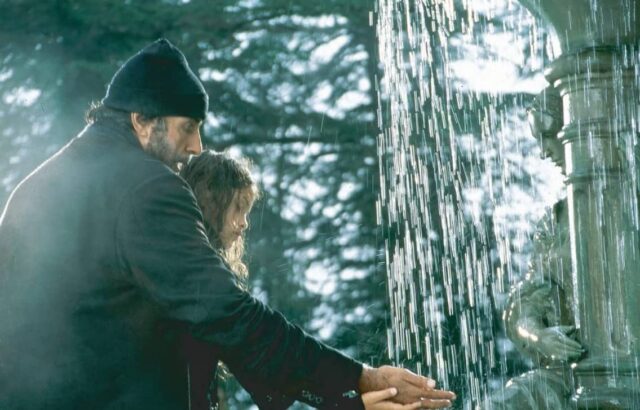 The way Black tried to remove the stigma around disabilities and tried to convey a message to people in such an artistic manner is what I loved in the movie.

I was a little kid when I watched this movie but the way it showed the power of love, care, and discipline was so unique yet so simple for anyone to understand.

Teachers And The Education System

The one thing that the film constantly talks about is that there’s a need to change and leave behind the traditional methods of teaching and move beyond that. A school or a university should be an open space for all.

Saying things like students with hearing, vision, or speech impairment can’t socialize with the normal kids, or that they need a special school are some of the ways the educational institutions exclude such kids from the normal world.

Schools must be a place where one can develop themselves intellectually, socially, and mentally. Innovative and alternative teaching methods should be used for their better understanding. The disabled should not be considered as un-teachable humans.

I cannot imagine the amount of frustration such kids would feel when they are treated differently than others. I always wanted a teacher like Debraj Sahai or Morrie from Tuesdays with Morrie and I think that’s why the movie was so precious to me.

Just like Amitabh Bachchan said in the film, black is not darkness or suffocation, but it’s the colour of achievement, the colour of knowledge, and the colour of the graduation robe. Disability is not an impairment, we all will reach this stage if we live long enough.

This Post Is Tagged Under: Black, Rani and Amitabh’s Black, Black movie, Sanjay Leela Bhansali, Why is Black a masterpiece, Artistic movies, Art, cinema, when was Black released, Why was Black a flop movie, Why was Black ahead of its time, Ranbir Kapoor, Amitabh Bachchan, Rani Mukherji, Hellen Keller, Anne Sullivan, Story of my life, Bollywood, Hollywood, Michelle, Debraj Sahai, Underrated movies, Actors, Bollywood actors, child actors, movies representing social issues, disability is nothing to be ashamed of, humans are humans, no requirement of special schools, disabled children are normal

Why ‘To All The Boys: Always And Forever’ Is The Worst Of The Trilogy?