Two people fall in love, they break up, and then they match up again. Is this the perfect love story? Well, in the world of cinema, this is what happens.

The film is based on the final book in Jenny Han’s trilogy. It follows Lara Jean and Peter’s last few months of high school as they wait to hear back from their respective college choices.

Both LJ and Peter plan to go to the same college, Stanford, but only Peter got accepted there. Lara Jean got in Berkeley, but during a senior trip to New York City, she fell in love with NYU. She gets confused and tries to figure out whether she wants to pursue her dreams across the country or stay close to Peter.

Why Is The Film Not Satisfactory?

The movie contains some genuinely heartfelt moments, but they were made very flimsy, and few scenes were overdone. The film only focused on the cliched dilemma of long-distance relationships, and there was not anything unique. Always and Forever concludes the trilogy in a pretty predictable way.

The main concern of a teenager in this movie is her love life. It’s funny how many changes Lara Jean makes to save a very one-sided relationship. 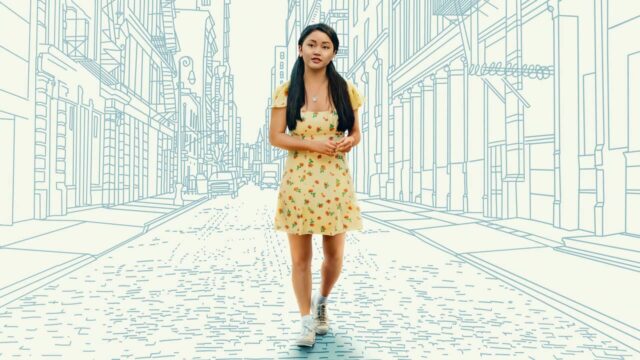 Always and Forever only focused on the conflict of two high school sweethearts trying to figure out their career paths. Well, that’s a very repeated plot.

It does not make sense how LJ does not tell Peter for weeks that she didn’t get into Stanford! Their relationship was much stronger in the previous parts as compared to this one.

The Problem With Peter Kavinsky

The biggest problem in the movie is Lara Jean and Peter’s relationship. Well, for me, they looked good only in the first part of this trilogy. After that, most of the problems started with Peter and ended with him apologizing to Lara Jean in a somewhat filmy way.

All those who thought that Peter Kavinsky would “grow-up” in the last part of the movie series were very wrong. One of the scenes that made the film intolerable for me was how Peter reacted when LJ told him that she wants to go to NYU.

Lara Jean fell in love with New York. However, Peter failed to understand this. Instead of congratulating Lara Jean on finding her passion in NYU, he acted selfishly. He prioritized his own choices and happiness. Lara Jean even started to have second thoughts about her decision to go to NYU because Peter was sulking.

They eventually break up because Peter thinks that 3000 miles are too much, and they won’t be able to have a long-distance relationship.

Also Read: Why Is The White Tiger Being Called An Angry Reply To Slumdog Millionaire?

The Problem With Lara Jean

We know that she is a romantic, and she is idealizing NYC in the film, but we didn’t get to see much of it. She gets smitten by NYC just by a single dreamy view of the Empire State Building and her having fun in a late-night subway.

The internal struggles that she was having in this movie were never actually hinted at in the previous parts. The audience never really gets a sense of what she wants out of NYU.

She only mentions the possibility of getting internships at NYC publishing houses, and that’s it.

There were some scenes in the movie that won our hearts. LJ’s father getting married, Kitty finally “discovering” boys, Peter meets his dad and a family trip to Korea.

The best thing about Always and Forever is that it’s a fine collection of snapshots. The beautiful interior, the warmth and romance in Lara Jean’s eyes, and the moments she spent with her friends are beautiful in every way.

Sometimes we all wish to have a love story like Peter and Lara Jean, but in the end, they are all just movies.

This Post Is Tagged Under: Peter Kavinsky, Lara Jean, Lara Jean Song Covey, Lana Condor, Noah Centineo, Kitty, Margot, Anna Cathcart, Janel Parrish, John Ambrose, Jordan Fisher, To All The Boys: Always And Forever, To all the boys I have loved before, To all the boys: P.S. I still love you, Who plays Lara Jean, To All The Boys: Always And Forever review, Trilogy, concluding part of the trilogy, Will there another part of To all the boys Trilogy, Do Peter Kavinsky and Lara Jean Break up, LJ, Newyork, Stanford, NYU, Korea

What Happened When The Indian Version Of F.R.I.E.N.D.S Hit Television Screens in 1999