The White Tiger is an adaptation of the Booker Prize-winning 2008 novel by Aravind Adiga. The movie gives us an insight into the caste system prevailing in India. Not only this, but the film also talks about issues like inequality and class conflicts.

For the poor, there are only two ways to get to the top: crime or politics.

Balram (Adarsh Gourav) is a smart kid born to a low caste poor Indian family. A teacher tells him one day that he is the white tiger. The fact that it is born once in every generation makes it even more special and unique, like Balram.

He was intelligent and ambitious, but he was pulled out of school and forced to work in a tea stall instead of studying. He spots an opportunity to get out of that low-caste life when he overhears that the village’s landlord needs another driver.

So, he learns how to drive, and not only that, he is good at flattering the upper class and becomes the driver for Ashok (Rajkumar Rao).

We have all seen a shining new India, but there are things beyond the bright spotlight that we tend to ignore. The themes of light and darkness represent the moral aspect of India and the inner workings of Balram’s mind. The more Balram moves towards the light the more his morals get twisted.

The only aim in his life is to have a better social status, and he does so by sacrificing others. Nevertheless, all the money that he has earned makes him feel that he finally became a rich man.

A poor boy in India, things happen with him, and he becomes rich. Jackpot! But where have we heard this story before? It is almost inevitable for this movie not to draw a certain degree of comparison with Slumdog Millionaire.

The two movies are very different but yet similar in many ways. Both the movies talk about the situation of the poor in India and the cultural mechanisms that do not let the underprivileged people move between the social classes.

Also Read: Moments That Make ‘Is Love Enough, Sir’ A Masterpiece In Romance And Social Commentary

From Rags To Riches

Many filmmakers from the West have tried to show the real India, the land of boundless opportunities, poverty, and brown people. In other words, it didn’t capture actual India and presented the stereotypical image of it in front of the audience.

The White Tiger featured real Indians, and it focused on the real India. By the trailer of the movie, it felt like it was another dramatic retelling of an outsider’s understanding of India. Slumdog Millionaire is the perfect example of that.

‘The White Tiger’ is a mirror image of what this country has become. The privileged class controls the regular overflow of cash while the underprivileged die in the dust. 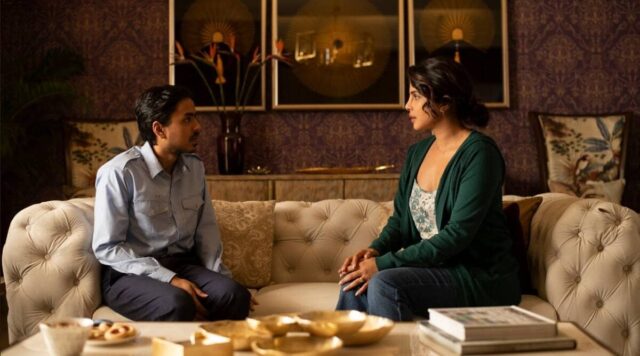 In both films, the protagonist moves to a different city in the hope of living a better life. Later, both of them become millionaires by dissimilar means.

In The White Tiger, Balram uses not-so-ethical means to achieve success but, in Slumdog Millionaire, Jamal takes part in the Indianised “Who Wants To Be A Millionaire” and wins the highest prize.

Touch Of Reality In Narration

The narration of The White Tiger is in the first-person view. We see what goes behind the psychological mindset of a worker. Even if he puts on a smiling face, the viewers know what is going on inside his mind.

The Dream Of Becoming A Millionaire

According to Balram, he was not made to serve someone else. One of the reasons he took the job of a driver was because he wanted to do something big.

Whereas Jamal was a simple-minded guy, and he never wanted to do something big. He was happy with what he was doing. He landed on the show by luck, and the motive behind him going to the show was to find the love of his life, Latika.

Balram says, “I’ve switched sides. I have broken away from the coop.”

So does the wealth make him wise or become a vice?