Home Entertainment Moments That Make ‘Is Love Enough, Sir’ A Masterpiece In Romance And... 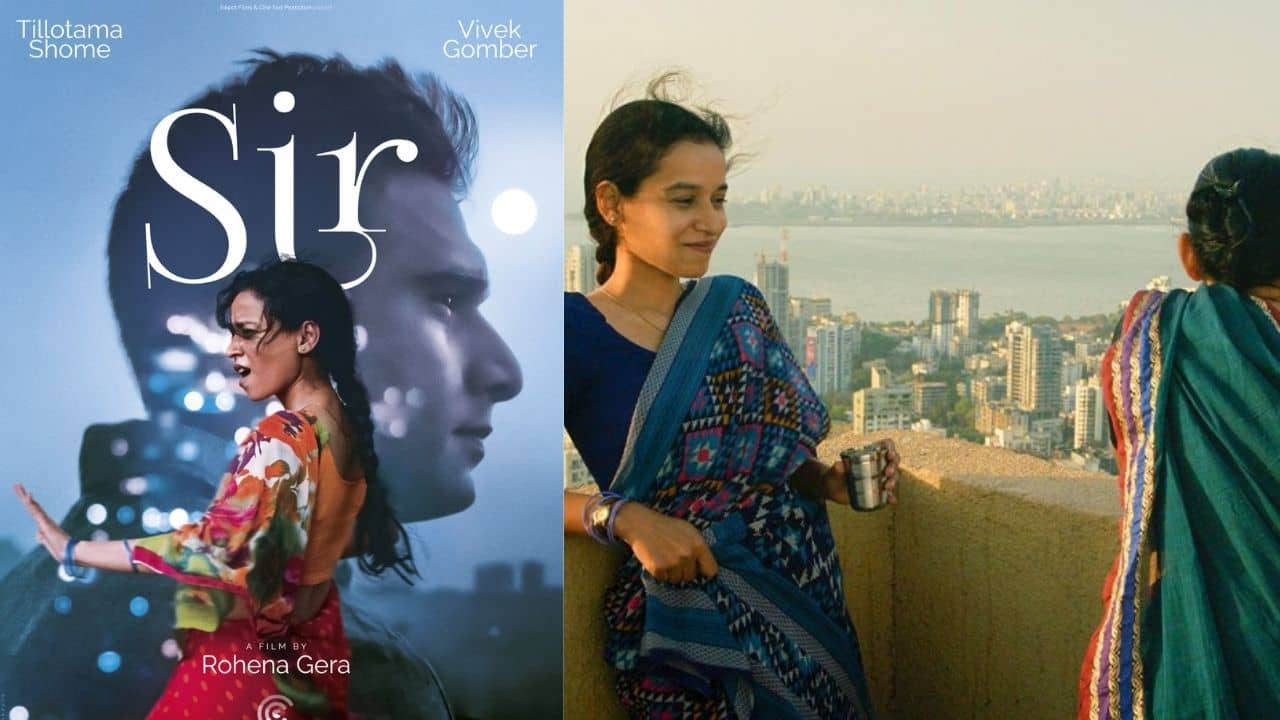 After premiering at the 2018 Cannes Festival, Is Love Enough, Sir, starring Tillotama Shome and Vivek Gomber, directed by Rohena Gera, finally released on Netflix. It is a beautiful romance movie that also talks about social issues and society.

Ratna is shown as an independent woman despite the restrictions she faces back home. She is a young widow who leaves her village to earn money for her sister’s studies because she wanted her sister to live a better life. Like Ratna, thousands of women live their life on their terms just by living away from home.

Ashwin was a writer in New York but, as we proceed in the movie, we see that due to the death of his brother he comes back to India.

Here are some of the many beautiful moments of the film:

1. When She Wears Bangles Again

Due to some outdated practices still going on in the rural areas, Ratna doesn’t get to wear glass bangles. In her village, every widow is forced to follow the custom and do what they are told. 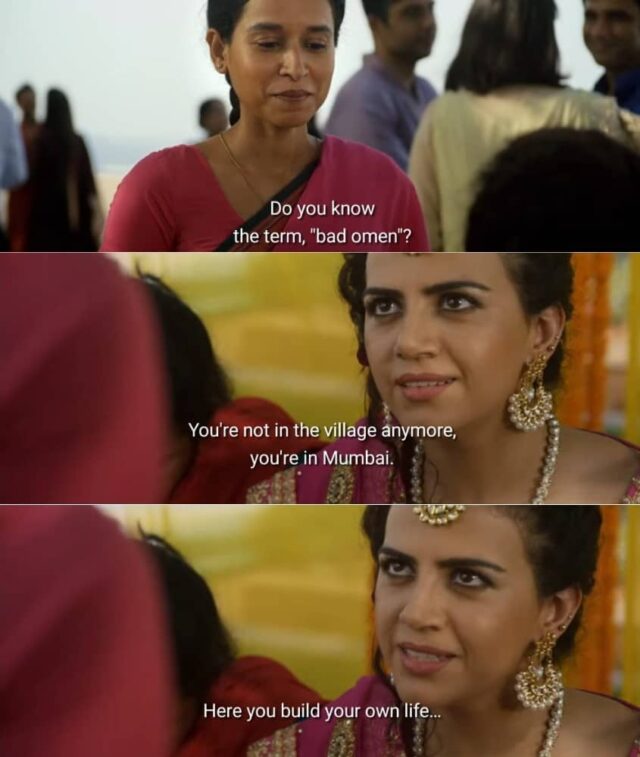 Being said that Ratna could live her life on her own terms, Ratna feels the urge to be an independent woman and decides to take narration of her own story.

2. Her First Step Towards Her Dream

Have you ever been excited about something but then it didn’t turn out how you imagined it to be? Here, we can see the same situation happening with Ratna.

At first, we see her getting excited that finally, she is taking a step towards her dream of being a fashion designer. But, the tailor, instead of teaching her the craft, kept assigning her odd tasks. 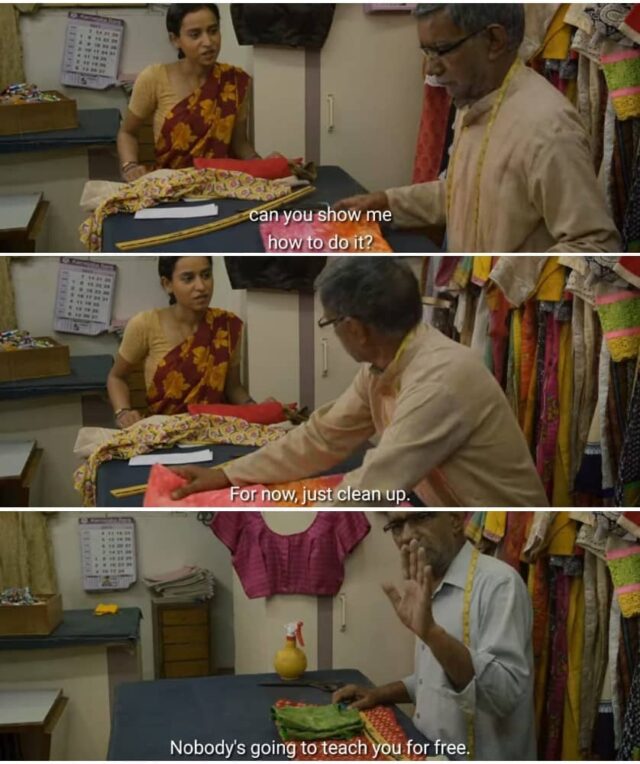 We see Ratna standing on her own feet by leaving the non-paying part-time job. She feels sad and unhappy because she thought that she is just a domestic servant and will never be able to pursue her dreams. Everyone has felt like that once in their lives.

Also Read: You Won’t Believe These Movies Were Sent For Oscars From India

3. When Ratna Accidentally Breaks The Glass And Ashwin Stands Up For Her

This is not the first instance where we see people talking rudely to Ratna. One great thing about the scene is that Ashwin stood up for Ratna and apologized to her.

Here, we also see the unspoken reality of our society and how we treat people who work for us. We all have seen people behaving rudely to their domestic servants or roadside beggars. 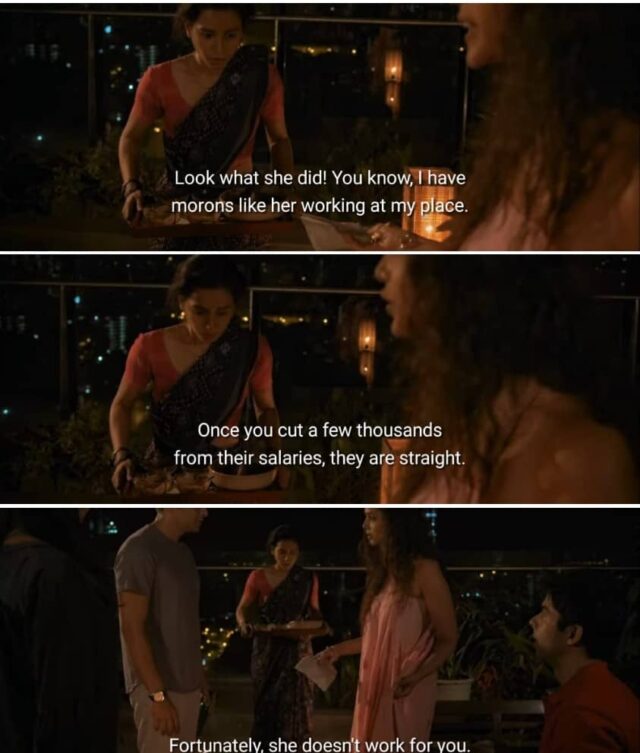 Have you ever thought why only these people get treated like that? It’s because we consider them weaker than us. You will not see the same happening with the people who have a lot of money.

This scene cleverly shows us the face of our society we tend to ignore.

4. When Ratna Finally Calls Ashwin By His Name And Not Sir

After recognizing how Ashwin feels for Ratna, he constantly keeps on telling her to stop calling him Sir. When Ratna gets the job as a fashion designer, she calls Ashwin, and instead of calling him Sir, she calls him by his name.

Does this mean that Ratna also feels the same for him or she calls Ashwin by his name because now she’s an independent woman and that somehow has reduced the class divide between both of them?

That’s up to the audience to decide. 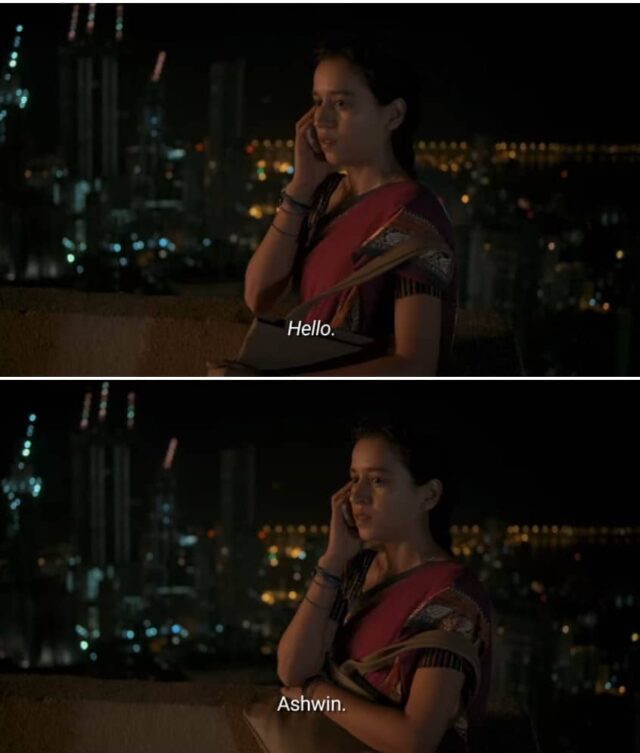 So, will love ever be enough?

Sources: The Indian Express, The Times Of India