Arnab Goswami makes more news than he broadcasts! First, the TRP scam, then the alleged abetment to suicide case and now, with the leaked WhatsApp chats of the journalist, Arnab and controversy seem to be a match made in the media industry!

Today was the hearing of the TRP scam case before the Bombay High Court. According to the findings of the Mumbai Police, Arnab Goswami had tampered with the Television Rating Point (TRP) to portray Republic Bharat on top of the charts.

While the journalist and his newsgroup, Republic TV, denied the claims time and again, calling the actions taken by the Mumbai Police as politically motivated, his recently leaked WhatsApp chats tell a different story.

What Are The Chats About?

The WhatsApp chats of Arnab Goswami, allegedly leaked by the Mumbai Police, are raising several questions on the integrity of the media and the nation’s ruling party.

The chats shared by several Twitter users, including Prashant Bhushan, showcase the alleged dark reality of the media industry and the political interference in it.

Arnab's WhatsApp chat leaked. The data is more than of 80 MB.

These are few screenshots of Arnab asking help from PMO. pic.twitter.com/YCzGUJ0tcD

Only excerpts of the 500 page-long chats with ex-CEO of BARC, Partho Dasgupta, are available online. The majority of chats date back to 2019, while some are also from 2017.

The chats reveal that Partho Dasgupta leaked confidential information of the break strategy when Arnab whined about how he was hit badly (in terms of TRP and advertising) every week. Partho also mentioned that such information was never shared with anyone, to which Arnab replied that he appreciated it.

These are a few snapshots of the damning leaked WhatsApp chats between BARC CEO & #ArnabGoswami. They show many conspiracies&unprecedented access to power in this govt; gross abuse of his media&his position as power broker. In any Rule of law country, he would be in jail for long pic.twitter.com/6aGOR6BRQJ

The chat dated March 25, 2019, shows that BARC had jammed an action taken by the National Broadcasting Agency. He also shared a confidential letter with the journalist in the same chat.

If you are wondering who AS is, then we must read the chats of 16th October 2019, when Arnab tells Partho that he was with AS the day before.

On 15th October 2019, the journalist had interviewed Home Minister Amit Shah. Though Amit Shah may be the person named as AS in the chats, no surety on the same is available. 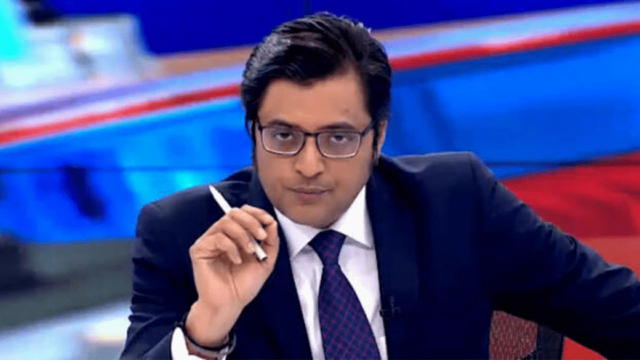 How Will This Affect The TRP Scam Case?

The TRP scam case is pending before the Bombay High Court. The hearing of the same has been adjourned till 29th January 2021.

These chats between Arnab Goswami and Partho Dasgupta clearly state that the former used his political connections and relations with the latter to rig the TRP and misguide advertisers and viewers. It must not be forgotten that Partho is under police custody in the same matter.

The leaked chats can be verified and used in court as digital evidence. If used as evidence, not only will it negatively affect the case presented by Arnab Goswami and Partho Dasgupta against Mumbai Police’s probe, it would also hit the political image of the ruling party and the PMO.

It must be noted that the chats are alleged conversations between the journalist and the ex-CEO and haven’t been verified till now.

Is There Any Silver Lining For Arnab?

While some supporters of Arnab are trying to use the chats to his benefit, the matter is more complex than it looks.

The chats mention how Republic TV’s TRP and viewership wasn’t matching the ratings of fellow channels. Arnab is noted confessing to Partho that his strategies, interviews and exclusive news weren’t working their magic as Republic TV was lagging in ratings.

Arnab’s supporters are saying that if the channel wasn’t bagging good ratings, how could it commit the scam? However, the flip side to this is that if Arnab wasn’t bagging a good rating in reality, but was shown on top of the charts, then he was rigging the TRP.

His confession sheds light on the fact that the TRP ratings shown to the world may have been fake.

This fact is going to be used against the journalist in the court of law if the court agrees to admit the chats as evidence.

The unhealthy, cut-throat competition to reach the top of the charts is doing damage to the media industry. Not only is it forcing channels to showcase unnecessary and unimportant news, but it is also luring them to indulge in unfair and illegal practices.