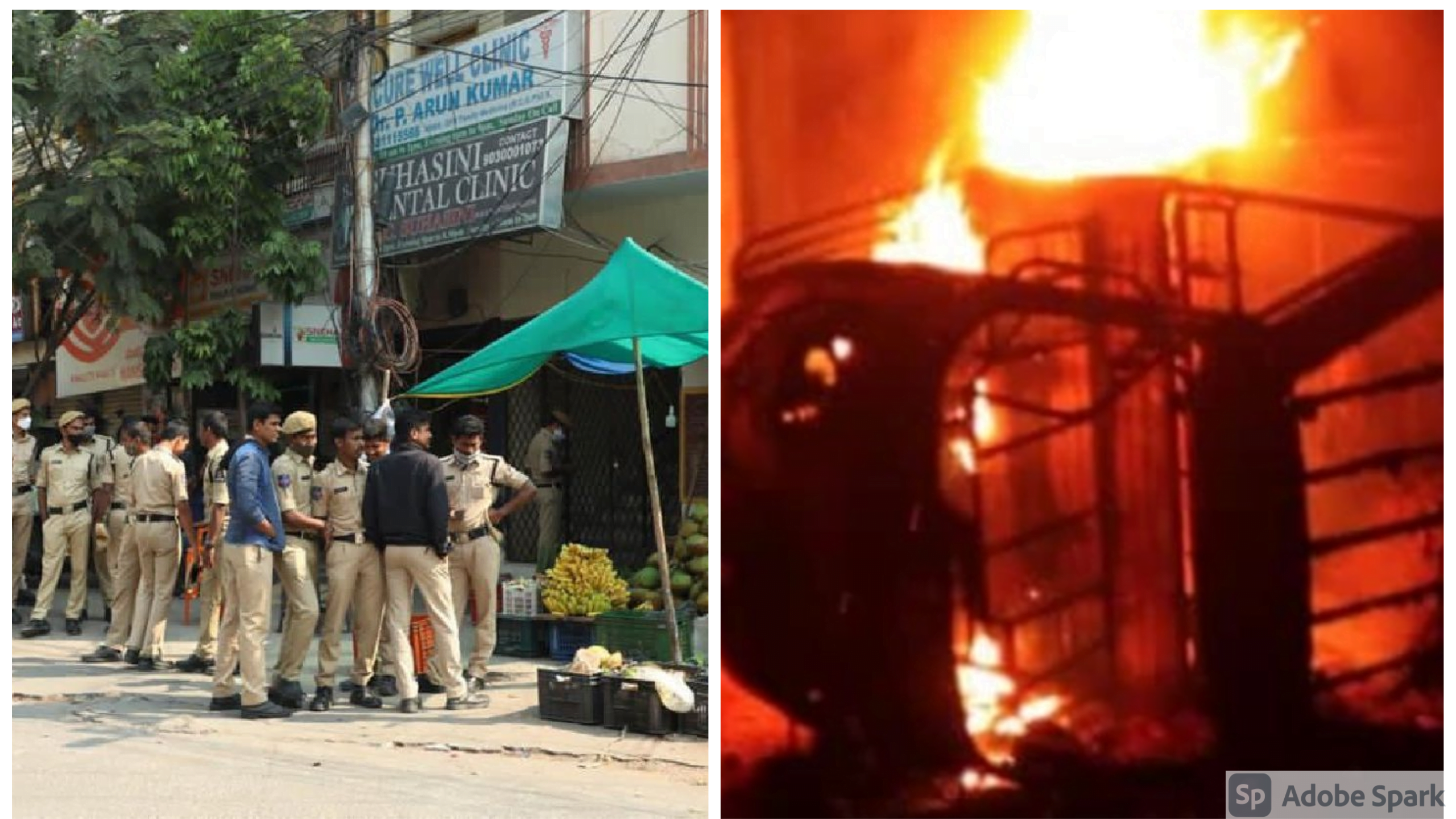 Every other year, religious tensions rise to a staggering high. The tensions only flare up to the ultimate tipping point as elections arrive closer by the day.

India has witnessed an array of such widespread violence, or even the dreaded calm before the violence each year. Political upheavals only stand as catalysts to flare up the notch of religious fanaticism to the maximum.

While we suffer under this camaraderie of religion and politics, the other half is kept under the metaphorical anesthesia of their belief system being in danger. Man is a feeble creature.

The tentacles of ebbing fanaticism that holds the country hostage seeped their way into the state of Telangana, as members belonging to the two major religious communities clashed.

The battle between the two religions erupted as a councillor belonging to Asaduddin Owaissi’s party, All India Majlis-e-Ittehadul Muslimeen, initiated the curtain call for the ensuing riots. Bhainsa has been burning since the 8th of March, and the eerie calm that prevailed was disturbed once again.

This unfortunate incident hearkens us back to the days of the violence that had erupted in Delhi the previous year. And justice is yet to be served.

This eventually led to a minor squabble between the two said parties. As is custom, in India, one can never be too sure about a minor squabble staying minor. Hence, at 9 pm, the foundation for the riots had been set as the two communities went tooth and nail against each other.

Stone pelting had become the talk of the town and humans were once again reduced to mere statistics. Some miscreants had further elected to set ablaze two houses, two auto-rickshaws, two four-wheelers and five two-wheelers.

On Monday, Section 144 was imposed in Bhainsa that prohibited large gatherings in the town. A curfew-like state existed throughout the vicinity of the town, especially in Zulfikar Ali Lane (the spot of the incident) and nearby such hotspots.

Furthermore, a drone was deployed at the location to keep tabs on the movement of locals and the fundamental state of the locality. The additional police force was also deployed in the area to help keep the peace, in case of violence heightening.

The initial clash resulted in 12 people being injured, of which two were journalists and three others were police officers. All of them had been taken to hospitals and were mostly stable, apart from three others who were seriously injured but are now stable.

Around 4 cases had been registered and around 50 people were questioned concerning their role in the riots. Among the 50 people, one was an AIMIM councillor who had been charged with the attempt to murder and instigating the riot.

Also Read: One Year After Delhi CAA Riots, Has India Changed In Any Way To Right The Wrongs?

However, the violence still hasn’t been curbed as fresh agitations were recorded in the town with agitators setting fire to a car, an autorickshaw and a hotel successively. The volatile state of Bhainsa has been witnessed by the country more often than not.

Even in the month of January, the town witnessed severely damaging communal riots between the Hindus and the Muslims in the area. This has finally prodded the Nirmal Police Department to come about with a different strategy to tackle such agitators who take arms on the basis of communalism.

About 70 such miscreants have been identified belonging to both communities, and accordingly, to curb the spread of false information, internet access has been prohibited in the said areas for the past few days.

A Story Of Parallels: Delhi Pogrom

February 23rd, 2020, the Shaheen Bagh protests were in full swing. Several people throughout India had taken heart to the protesting women in the heart of Delhi.

Successively on that day, a group of protestors, being influenced by the Shaheen Bagh protestors, decided to announce a sit-in protest at Jaffrabad. That very same day Kapil Mishra, former MLA of the BJP and fresh off a defeated election decided to take the matter into his own hands.

Standing atop a makeshift stage, he proceeded to address his audience of saffron-clad men in a sea of “Jai Shree Ram.”

He provided the police with an ultimatum stating that if the police wouldn’t clear the protesters at Jaffrabad, his followers would do it. And so they did, the moment Donald Trump went back to the United States.

After the deaths of 53 people and hundreds injured, Kapil Mishra still went scot-free with no embellishment of the bare FIR on his name.

Inadvertently, what did happen was the transfer of Delhi High Court’s Justice Muralidhar for he dared to question the police force on their failure to file a report against Mishra and his cronies.

Muralidhar is now a judge in Punjab’s High Court and Delhi’s High Court is now a hub of Justicars who eye the venerated Rajya Sabha seat. And it never stopped at that, the Supreme Court deferred the petitions filed concerning the riots to Delhi High Court which was now bereft of the solitary naysayer.

The saffron party lined up to hail the man behind the flint and stone. Kapil Mishra had successfully become a legend, the second coming of Jesus Christ, or Shree Ram, whichever you would prefer. And, if we are to deal with Kapil Mishra without any bookings or reports filed against him, then it’s only fair for the AIMIM councillor to receive the benefit of the doubt.

The country that succumbs to politics according to religious needs is doomed to fail. And in a country as diverse as India? We are only heading towards darker days.

Make It Clear Whether Reservation Should Remain Within 50% Or Not: SC To States