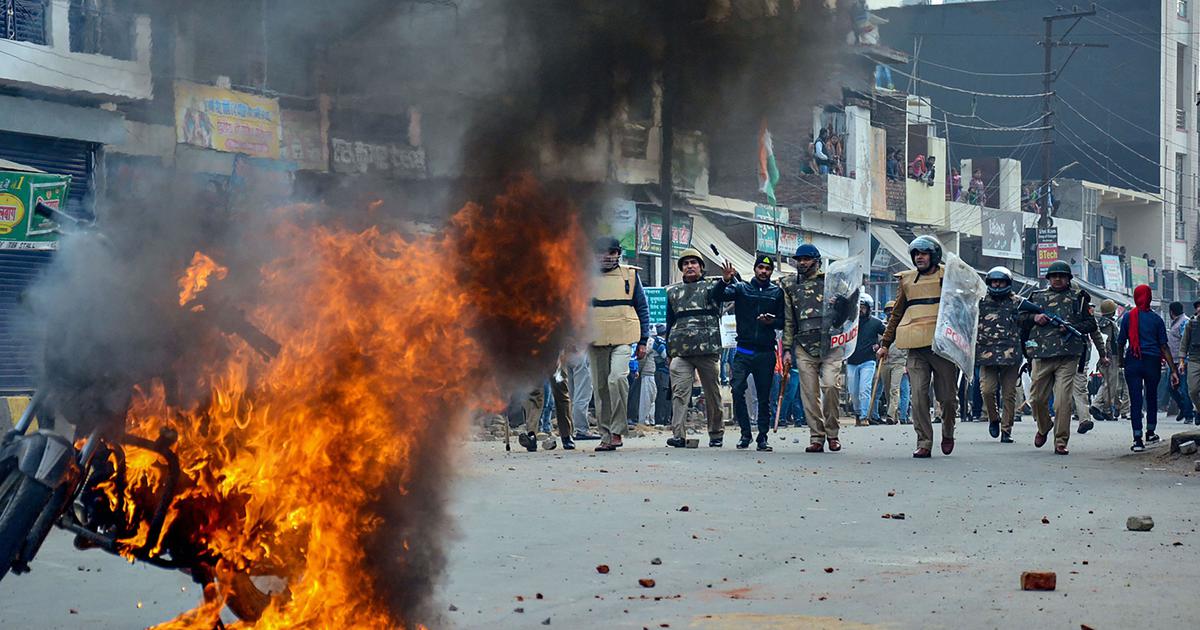 2020, was the year when the entirety of Delhi was held up with tumultuous angst owing to the successive calls of the Central Government to politicize the citizenship norms of the country.

On the 22nd of February, a group composed mostly of women, inspired by the protestors at Shaheen Bagh, had initiated a peaceful sit-in protest under the Jafrabad Metro Station in North Delhi. Unbeknownst to them, this would be the final straw for an array of violence to follow.

“…The DCP [deputy commissioner of police] is standing in front of us and on your behalf, I want to tell him that till the US President [Donald Trump] is in India, we are leaving the area peacefully. After that, we won’t listen to you [police] if the roads are not vacated by then… we will have to take to the streets.”

February 23, 2020, the day Delhi stood still yet its heart raced with fear. The fear of being overcome with hate and violence of unaccountable degree. Fear had become a consumerist commodity then, while the ones with power paraded on. The above-featured quote was made by none other than the former MLA in the Delhi Vidhan Sabha, Kapil Mishra.

Rather than being just one of those political speeches that most politicians are accused of making, this was an ultimatum posed towards the authorities. An ultimatum that would lead to the death of 53 people and had injured hundreds.

On the morning of 24th February 2020, the violence commenced with the streets of North Delhi being flooded with the war cries of “Jai Shree Ram,” and ‘Desh ke gaddaro ko, goli maaro saalon ko.” Following the arson of a shop owned by a Muslim citizen on the 23rd of February, the violence spread further in Maujpur as Muslim-dominated streets and localities were torched to the ground.

Large scale stone-pelting and violence from both sides marked the inception of what was to follow with no end in sight. Both, looking for someone to blame, while the police stood hamfisted and watched on, and often lending a hand to the mob led by Kapil Mishra to keep the religious minority group in ‘check’.

Countless mosques were vandalized while their foundation stones were demolished off the ground. Hindu extremists would stop and check if a person had been circumcised by forcing them to strip down naked. And, if you were circumcised, then you could only pray to the Gods for then onwards, humanity had lost its ground and its animal instincts had taken over.

Children grovelled at the bodies of their parents who had been unlucky enough to have found themselves in the middle of the widespread pogrom. The picture of the boy mourning the death of his uncle by his side is enough to remind us of the cost they had to bear for the sick tendencies of fascists that had become the norm of the state. If that was not enough, women, children, men, old people, nobody was safe from the wrath brought about by the flames of the pogrom.

Flames engulfed the Chand Bagh Mazar (shrine) as thirty Hindu fundamentalists celebrated the victory of burning down an Islamic signature to the ground as a member erupted into the victorious motto of, “ Hindustan mein rehna hoga” (If you want to stay in India), as the others replied with, “Jai Shri Ram kehna hoga” (You will have to chant Jai Shri Ram).

This was followed by the distribution of ladoos, and the blood-curdling cry of ‘Jai Shri Ram’ enveloped the sweet in bloodied history. The Northern parts of Delhi further plunged into darkness, as the successive violence that boxed the entire parts of Mustafabad, Maujpur and Chand Bagh, alongside a few other places.

Children were attacked in Maujpur while an old lady was burnt alive near the Gamri extension. These attacks had unfortunately motivated a plethora of Muslim families to shift from Maujpur to elsewhere, and suffice to say, communal hatred had worked its charm. A minority community had started living in fear.

Also Read: List Of Unusual Arrests Made By Police In Delhi Riots Case, While Those In Images Walk Free

Who Instigated The Violence?

Suffice to say there is enough evidence that suggests the direct involvement of BJP MLA Kapil Mishra in starting the violence with his speech, while further evidence can be perceived in the tweet he had made and then deleted, at the earliest of hurries. 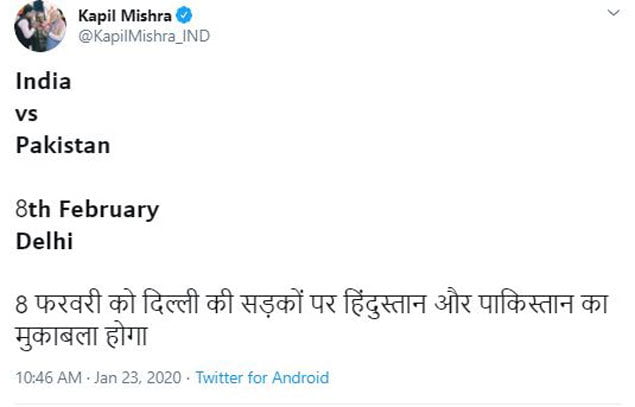 It was further established that the violence that had taken place was mostly instigated by ‘outsiders’ rather than people living in North Delhi. It was also discerned that much of the instigators had been carried over into Delhi with buses arriving from the bordering districts of Uttar Pradesh.

“…Reports from local residents of the area suggest many of them were outsiders, shipped in from Uttar Pradesh on buses. There are conflicting reports, though, and some say the crowds at Maujpur started gathering on Saturday evening itself.” (An excerpt from a report in Hindustan Times)

Further illustrating that the targeted Muslims were disproportionately targeted against, and with the fundamental aim to destroy their legacy from the heart of India’s history. An aim not just to destroy but to kill.

Is India Recovering To Right Its Wrongs?

Whenever we pick up a newspaper or scroll through the many news platforms present on our mobile phones, most of us give a sigh of disgust and agony at the ever-increasing amount of atrocities that are still being committed on the oppressed classes of our society.

Starting from Hathras to Unnao, we are still under the shackles of unprecedented and unmitigated prejudice against the oppressed minorities. The authorities still rise and fall at the beck and call of the high and mighty.

Caste and religion still play their game of being the precedent before any authority figure even raises a finger to change the course of history and support them. Most times, the majority, ‘ruling’ class wins. Religious minorities are still being persecuted and we are no worse for wear.

The Delhi pogrom is one such incident that will be marked in black along the seams of India’s history. A history of blood and death that will never be erased, seemingly worse than the anti-Sikh riots of 1984.

Hopefully, there shall be no repeat of this terrible incident, and Kapil Mishra will see the error of his ways, or the court will. We never knew that the internal terrorists were already running the government.

Sources: Scroll, Hindustan Times, The Cognate, The Caravan, The Wire

The Annual Crime Statistics Released By Delhi Police Are Horrifying