India is quite high on “josh” after the Indian Air Force carried out a series of airstrikes across the Line of Control on 26th February.

People are celebrating the strikes by the IAF like a mega festival as through these attacks, India avenges the death of 40 CRPF personnel that lost their lives in the Pulwama attack by Pakistan earlier this month.

Jaish-e-Mohammad, a terrorist group located in Pakistan-occupied Kashmir had claimed responsibility for the Pulwama attack, soon after which, PM Modi announced that India will not be a mute spectator to these killings and will retaliate very soon.

Given the strong demand by citizens all across the country to avenge the cowardly Pulwama attack, the PM kept his word and the IAF carried out these air strikes on Jaish-e-Mohammad camps earlier this morning.

Thus, there’s a wave of happiness engulfing the nation presently – with people celebrating India’s #SurgicalStrikePartTwo in ways most dear to them.

Interesting Offers By Companies and Personal Reactions of People

Burger Singh, a popular burger chain,  is offering a discount of 20% on all its online orders on account of the air strikes that took place at the LoC.

Food and celebration absolutely goes hand in hand for Indians, doesn’t it? 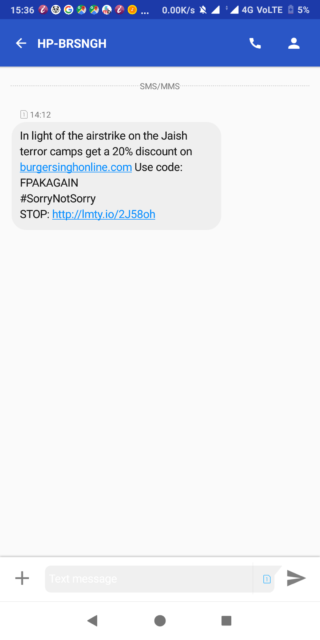 Shortly after Burger Singh announced the discount and it’s marketing strategy started winning hearts, somebody on my Instagram made a really valid point about the same. 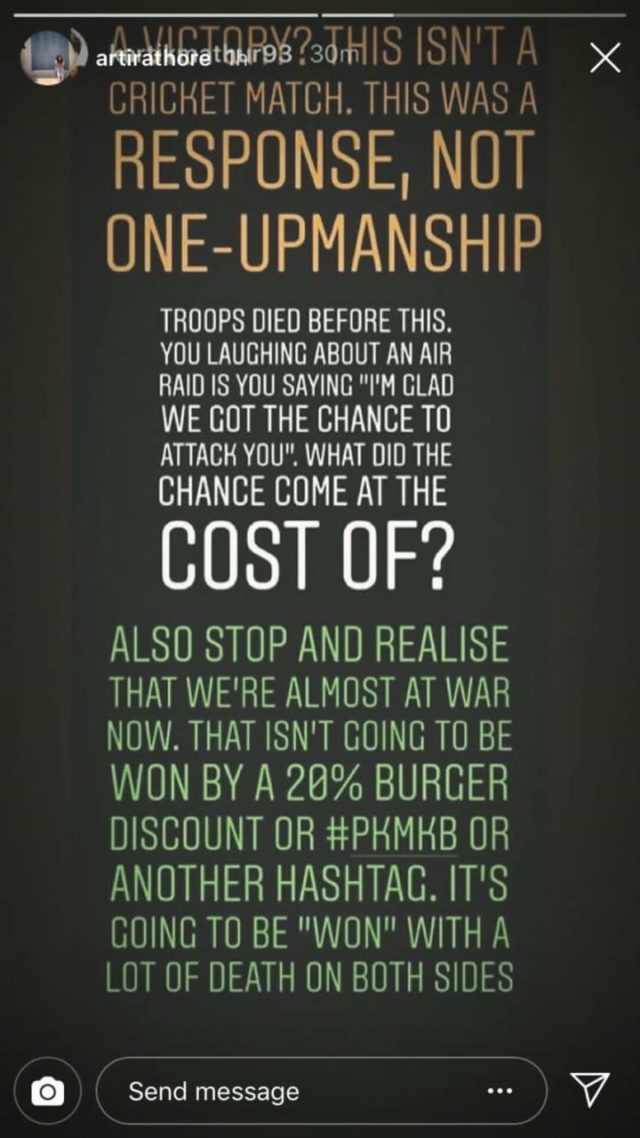 Well, to be honest, I absolutely agree with her. This isn’t a game, this is an extremely serious issue where the lives of hundreds of thousands of people are at stake.

But at the same time, the terror-acclaimed nation has been finally taught a lesson. So, if not a celebration, the IAF surely deserves recognition for its actions.

Another outlet that made the entire issue a marketing gimmick was Coffee Culture, another famous fooding joint. 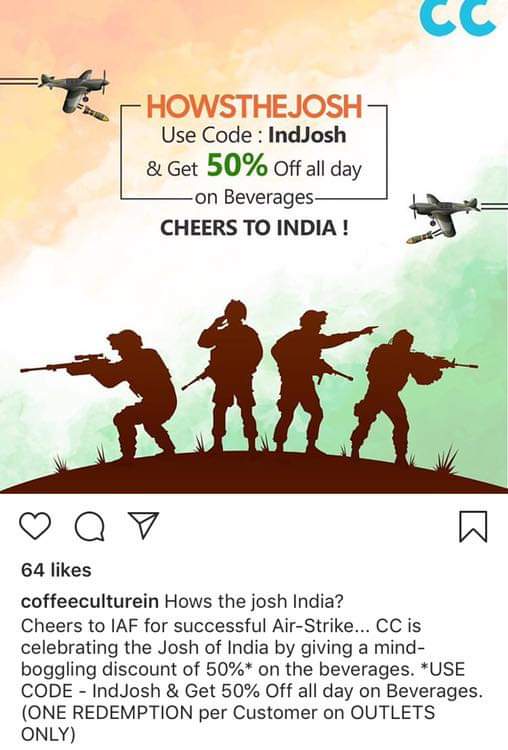 In another news, an employee ordered a box of sweets at her workplace to celebrate the victory of the IAF attacks and distributed them amongst the staff. 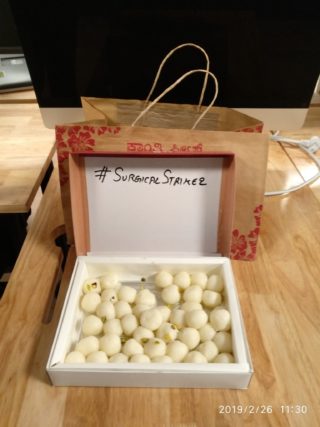 Celebration Across The Country 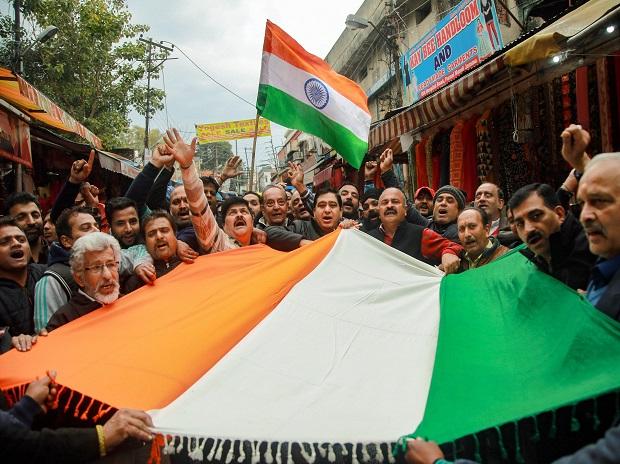 People respond to the attacks by chanting slogans and reciting cries of ‘Jai Hind’ in Jammu. 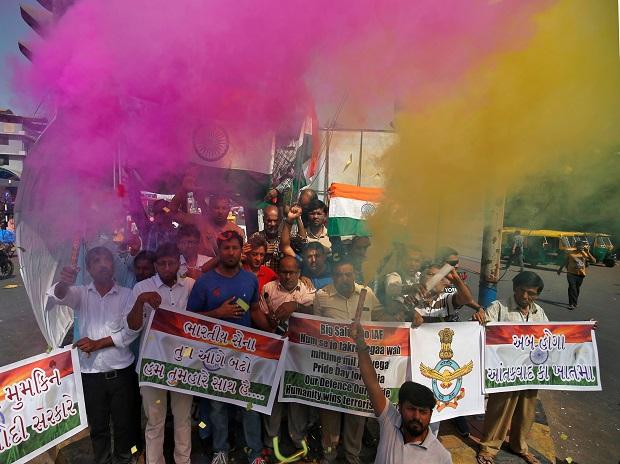 People release colored smoke and celebrate the defeat of Jaish camps in their local community in Ahmedabad. 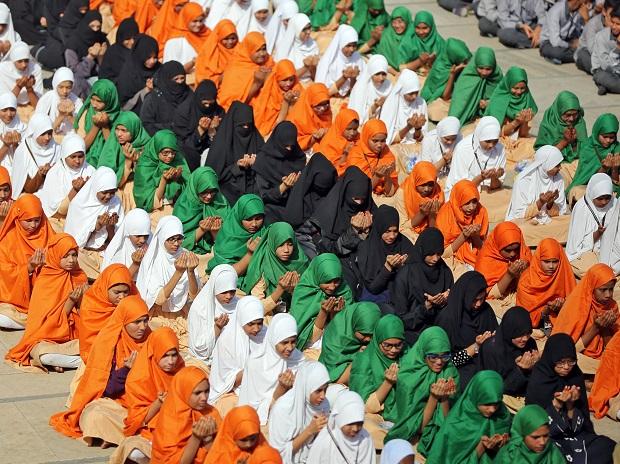 Muslim students offer special prayers for the 40 CRPF personnel who laid down their lives in the Pulwama attack.

The airstrikes was not only a hot topic in India, but it also became the most trending news worldwide. Here, have a look- 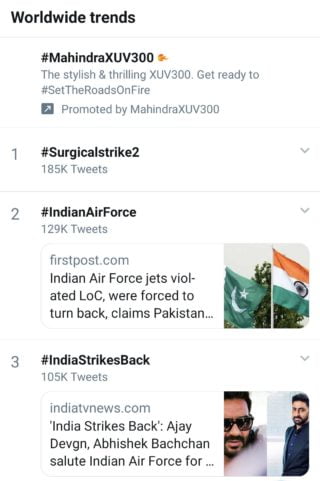 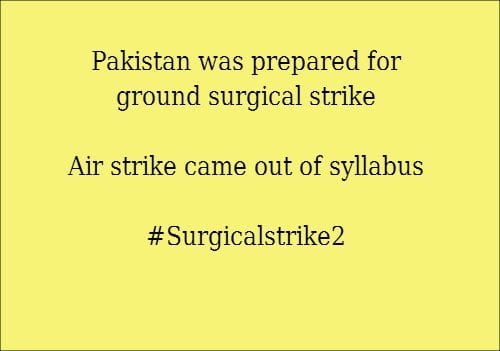 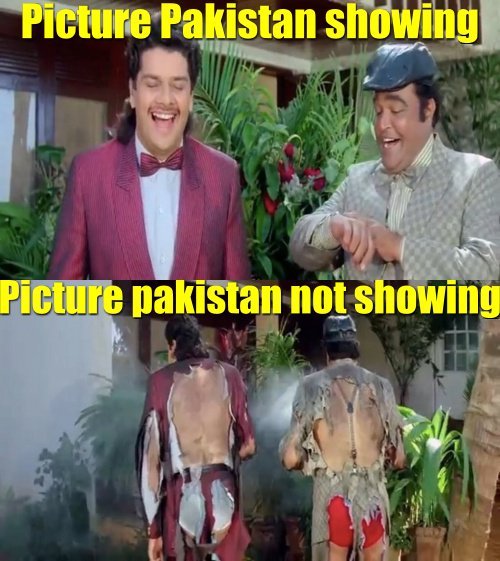 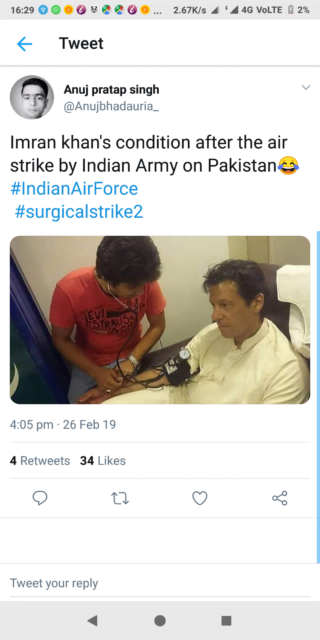 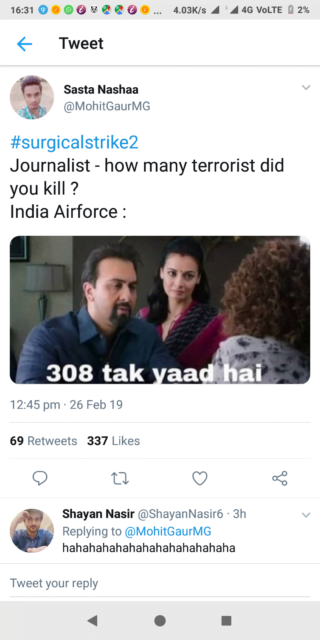 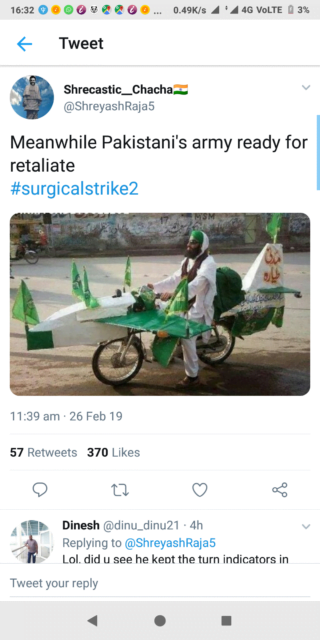 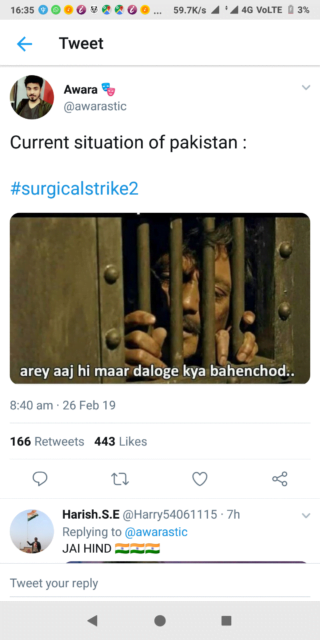 The most savage response was undoubtedly by the IAF itself – 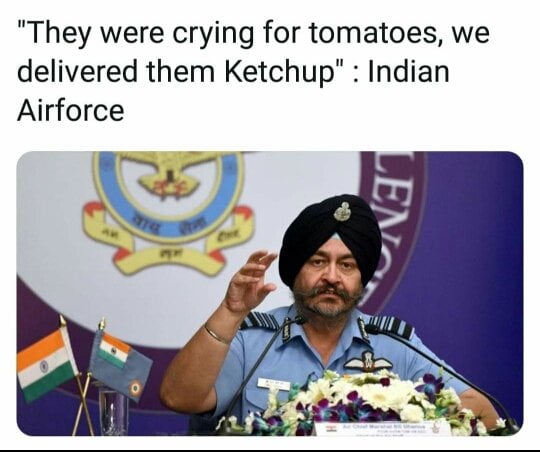 Jokes and memes apart, do you really think India should be celebrating the way it is? Are we realizing the gravity of the situation? We’re almost at war now.

And if we’re rejoicing about the same, we have some serious thinking to do.