The Assam Regiment of the Indian Army is one of the fiercest regiments in an army known for its ferocity and dedication. With its unique tagline of the tagline of “Tagde Raho” (Stay Strong), this regiment has proven its mettle over and over again ever since it was raised all the way back in 1941.

After being raised by  Lt. Col. Ross Howman to lay claim to the then undivided state of Assam. Within 6 months, it was tested when it was called to defend Digboi to defend the oil fields there. In 1944, when there was an imminent threat of a Japanese invasion, it was moved to Jessami and Kharasom to delay the advance of the Japanese.

For their valor at Jessami and Kharasom, they were given battle honors. However, their most defining moment was the amazing defense of Kohima in World War II and the capture of Ardura. The regiment has 71 gallantry awards in its first operation and 6 battle honors pre-independence.

But the tagline and their track record is not the only unique thing about this regiment. It is, in fact, their battle song. A gripping and emotional song that haunts your mind way after the notes have died and the air is silent. 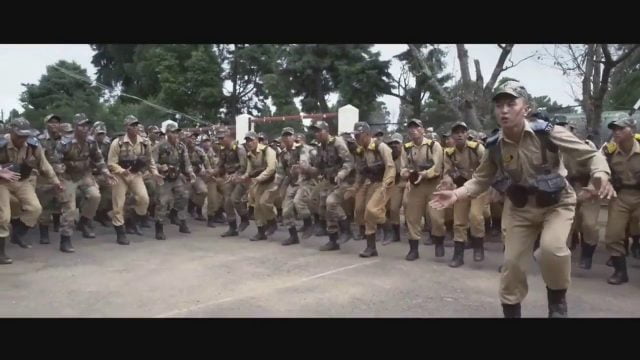 Read More: My Scary Experience In North East As An Army Kid Showed Me The Real Ground Realities

The song is called Badluram Ka Badan and is based around an erstwhile soldier in the Assam Regiment called Badluram. The lyrics of the song echo the sacrifice that this soldier and many others made in the wars that they were a part of.

The song is a way to remember these fallen, these greats who gave their lives for a cause higher than them.

When the regiment was under siege at Kohima by the Japanese, they were under heavy attack. There was no way out, no way to get more supplies. But, they survived. And the only reason they did was that before the siege, their quartermaster was drawing supplies for soldiers who had already been martyred.

As a result, they had a surplus and were able to wait the siege out and plan out their attack without the scarcity of food.

The sacrifice of their fellow men and the ingenuity of the quartermaster was the only reason that the fledgling regiment survived and is what it is today. It literally owes its existence to the Badluram and it’s no surprise that they consider the rations his gift to them.

Their regiment battle song does not talk about killing or masochism or the glory of the country. It touches upon the basic humanity in us all.

The fundamental reason we sacrifice and the value that sacrifice holds in the minds and hearts of those who we leave behind.

The lyrics of the song are:

This song gives me goosebumps every single time. Check out the video here