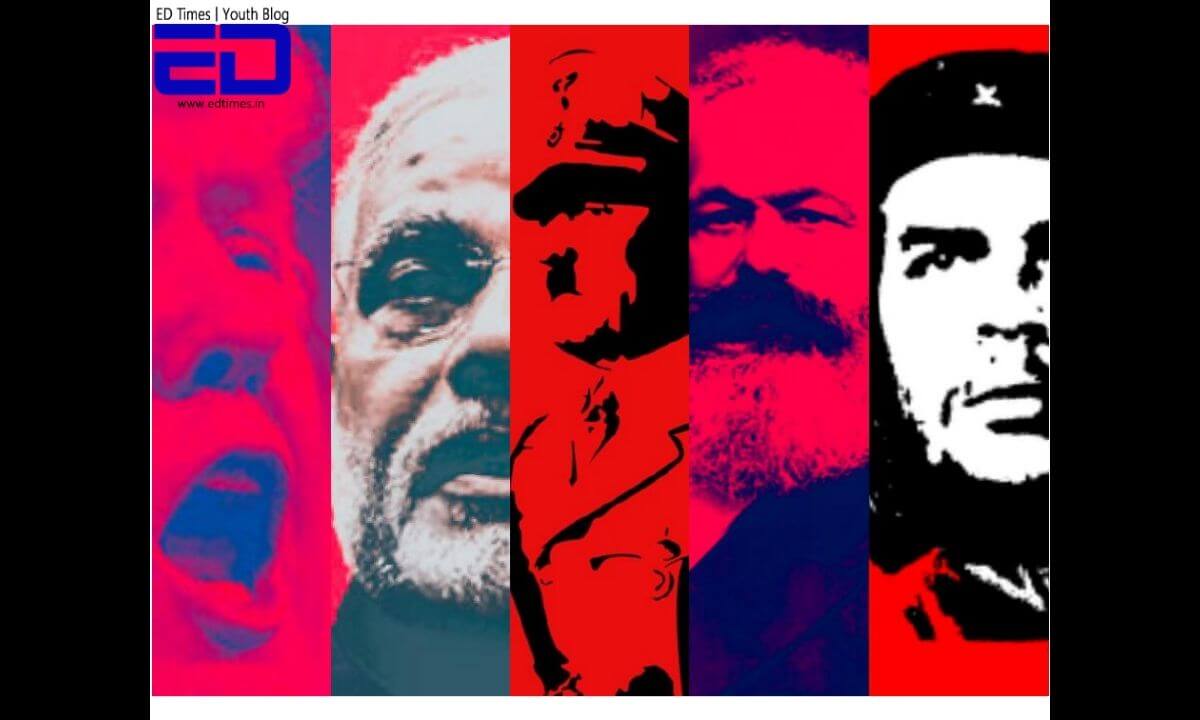 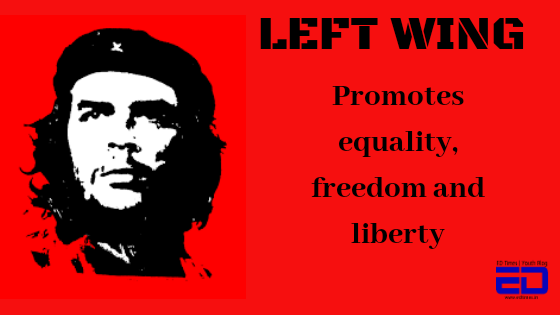 The term “left” came from the French Revolution, which referred to the people that sat on the left side of the seating arrangement in French Estate General.

The people sitting on the left side opposed the monarchy and the unjust discrimination between the feudal lords and the working class of the society.

Left-wing ideology is the belief in social and economic equality of the citizens irrespective of their gender, caste, religion or wealth.

Left-wing ideology promotes secularism and liberty of thoughts. Being revolutionary in nature, it accepts new ideas and challenges the unjust norms that have been practised by people for generations.

It is also an umbrella that covers ideologies of socialism, communism, egalitarianism etc.

Despite the constitution being left-leaning, even parties like Congress in India are not extreme leftists due to its promotion of democratic socialism 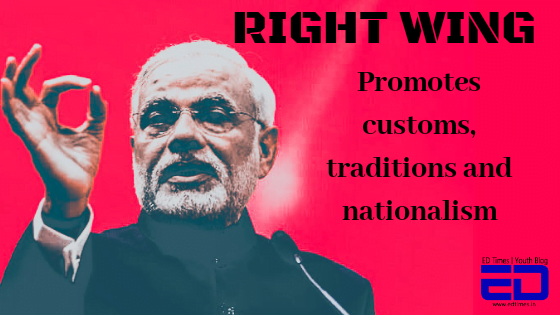 The term “Right-wing” comes from the people who sat on the right side of the arrangement in the French Estate General and were the ones who supported the established monarchy and its traditional practices.

Right-wing ideology believes in the restoration of culture, heritage and norms of the society. They are also referred to as “conservatives” in nature.

This ideology also favours capitalism which can be traced back to the French revolution when the right-wing supported the hierarchy, traditions and social differences prevalent during that time.

Radical branches of the right-wing are Fascism, Nazism and White supremacy.

If you’re still not aware of who the right-wing parties are, you haven’t celebrated Valentine’s Day yet or worst you don’t eat beef. 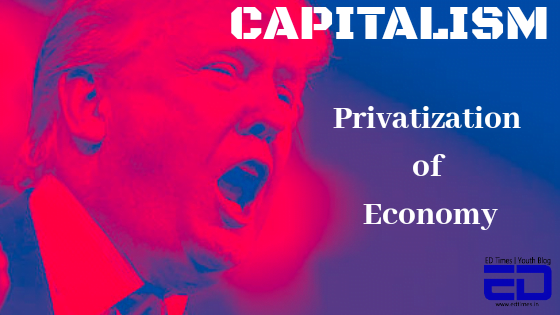 If you’ve been a child and believed that the servants at your home should be paid more because duh(?) it required way more efforts, then congratulations, society did not happen to you.

Capitalism involves ownership of the economy by private parties. It works on the equation of demand and supply based on the profit of the company or estates. The more the demand, the greater the supply.

So suppose your requirements are dal chawal and roti but you demand pasta because you like pasta, then the market would supply more pasta than your regular dal based on its profits.

The greater the supply, the lesser the rates. So your rickshaw puller charges more than your auto because the market demands more auto which reduces the price fair of the autos while your rickshaw puller, despite the tremendous amount of manual labour he invests, lags behind.

Capitalism increases the economic gap between the rich and the poor. It concentrates wealth on fewer hands while the working class remains poor.

You may ask if capitalism is so bad then why are we practicing it? It is because Capitalism increases the economy of the country and the quality of goods due to the huge competition in the market between the companies.

It is harder for estates to root out capitalism and hence all the attempts at doing so have terribly failed and led to massive destruction.

Related: Demystified: What Is The Left Wing Ideology In India? 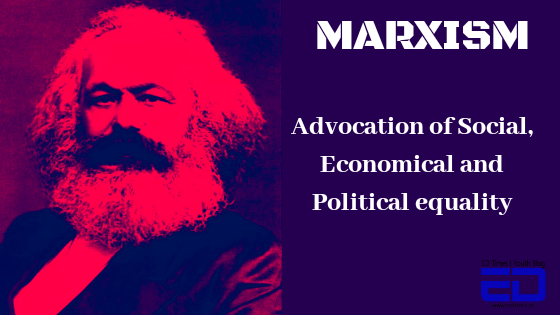 It is based on “The Communist Manifesto” by Karl Marx and Friedrich Engels. Marxism uses a methodology to link social status and class distinctions between the proletariat (working class) and bourgeoisie (ruling class).

It is quite often observed that men and women that come from higher economic stature treat their servants or people working of them as a slave or as someone who does not deserve equal respect in the materialistic society.

The century-old caste system followed in India is one of the example of the class distinction prevalent in the society based on the kind of work and income of the person.

Marx and Engel pointed out the shortcomings of the capitalist society and how it affects the lifestyle of the common man. 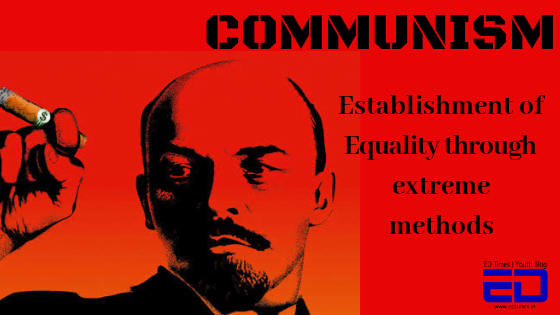 Communism is the radical left ideology that yet again professes equality in the social, political and economical sphere. However, communism failed to deliver in every country that decided to follow it.

The idea may seem idealistic in nature but what sets communism apart from other socialistic models is its extreme radical nature.

Communism believes in attaining equality through extreme methods that even involves suspending the rights of a common man who opposes the ideology.

This ideology may seem like a Utopian idea, after all everyone stays happy without any class distinction or inequality, but the ground reality is different and breaks the image of “idealism” it portrays.

Communism involves state ownership which means that the state would own all the enterprises and provide equal wage to one and all. Thus if you’re working-class, you would have to work extra to make yourself capable of the income you are earning.

If you belong to a “white collar” job then you would just work to get your basic pay without any incentive to become successful or earn money. So the state shall pay and provide you basic facilities without any extra bonus, profit or luxuries.

Apart from this, state ownership also takes a toll on the economy of the country. 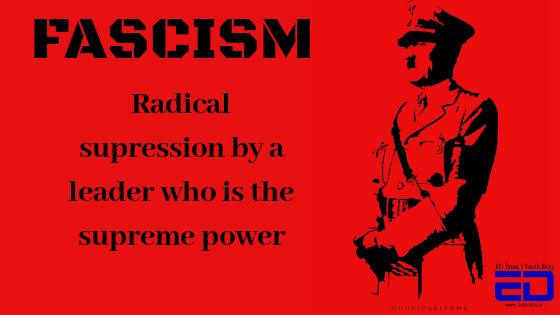 It is the radical right-wing ideology that involves authoritarianism and dictatorship. One of the most radical movements ever led in the world was Fascism with examples like Hitler and Mussolini.

Fascism involves conservative ideologies that profess the like and supremacy of a single religion or race.

It involves the forcible suppression of every voice that dares to speak against it. It led to massive killing with an incentive to eliminate an entire religion or race.

The entire power is vested in the hands of a single man that manipulates the entire country and keeps a large standing army. This idealogy is entirely based on control and extreme power.

Demystified: What Is The Right Wing Ideology In India?

Reviews Brand Voice - September 29, 2022
Delhi, September 29: I have been giving a lot of importance to fashion, trends and style, which is why today I have got this...