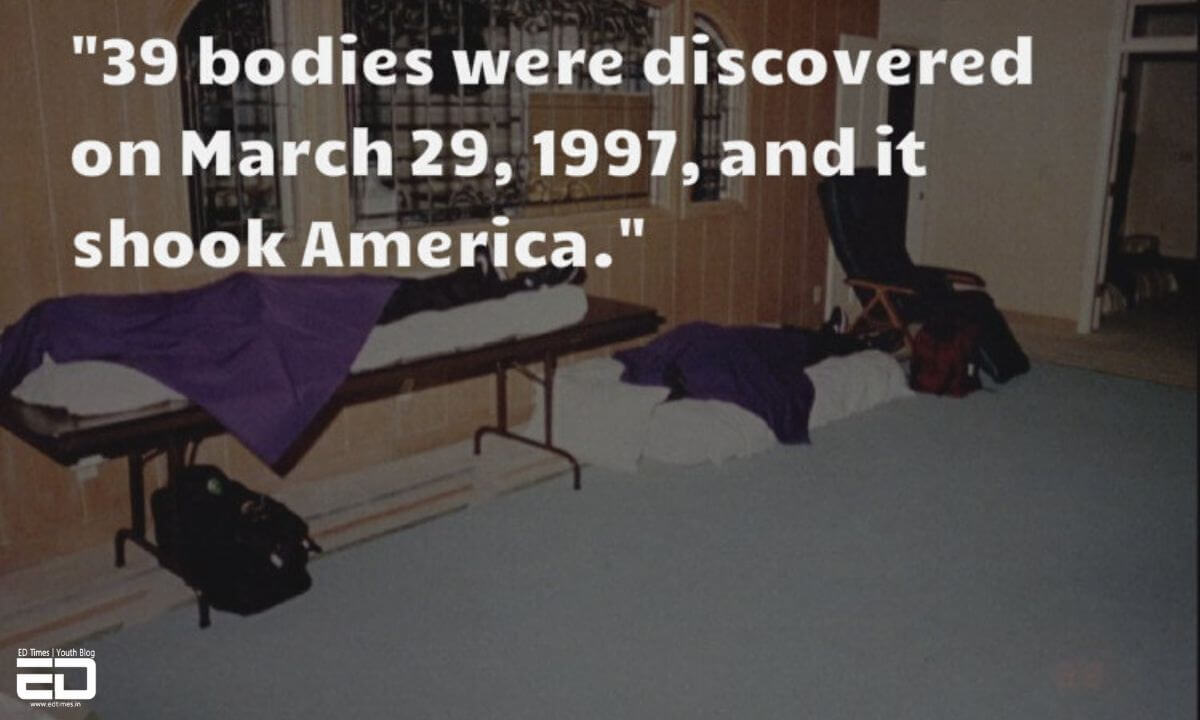 When you look at the supporters of Dera Sacha Sauda founder, Saint Gurmeet Ram Rahim Singh Ji Insaan, flocking to theaters to watch his newly released movie which is nothing but a long promotional trailer, you realize the power of cult worship.

You also realize how dangerous such mindless following can be when people refuse to accept the sexual abuse and rape allegations against Asaram Bapu.

No matter how crazy it might seem, cult worship is not restricted to India.

One of the most horrendous cases of cult worship was in the USA, called the Heaven’s Gate cult.

How did it begin?

Heaven’s Gate primarily had two founders – Marshall Applewhite, a music teacher from Texas, and Bonnie Nettles, a nurse from a psychiatric ward Applewhite met during his time in the institution.

After renaming themselves Bo and Peep (sometimes Di and Doh) respectively, they embarked on a six-month-long road trip across America.

Both Bo and Peep extensively read the Bible and science fiction, and by 1974 their beliefs had solidified.

Also Read: Penis Worship In India And Thailand Is A Real Thing

What was the cult about?

Their belief was a mixture of beliefs in sci-fi extraterrestrial-ism and Christianity. Obviously, they were big fans of Star Wars and science fiction writer, Arthur C. Clarke.

For the cult, God was an alien, and the Earth was a celestial body surviving at the end of its time. The earth was about to be recycled in some time and the only way to survive the devastation was to escape it.

But this is not it.

For “the Crew” (as the followers of the cult were commonly called), they had to free themselves to obtain a new home in space. At that time, a comet called Hale-Bopp was passing by the earth.

The cult worshippers had assumed that after “setting themselves free” from the present life, they will travel to a spaceship that will fly on the path of Hale-Bopp and lead them to a new life in space.

Heaven’s Gate cult became the most famous after a police investigation in 1997 revealed that 39 members of the cult had committed suicide, putting bags over their heads (suffocating themselves to death) and purple shrouds over their bodies.

What is more disturbing is that originally, the cult assured its worshipers that they won’t have to die in order to reach the “Next Level”. But after Nettles died in 1980, the protocol changed and youngsters were often encouraged to leave this earth to set up themselves for a new life beyond Hale-Bopp.

This is not the scariest thing about the cult, still. What is EVEN MORE disturbing is to notice how Applewhite took the use of internet and television to attract followers. That same scheme of internet recruitment is not different from what ISIS is doing today.

What heaven’s Gate did 20 years ago was a warning to how the internet will be used in the nearing future.

Here we are now.

DEvil: Indians In The UK Are Easy Prey For Babas, Tantriks And Charlatans