Home Entertainment Science/Fiction Are Aliens Responsible For Mystery Monoliths Appearing Across The World? 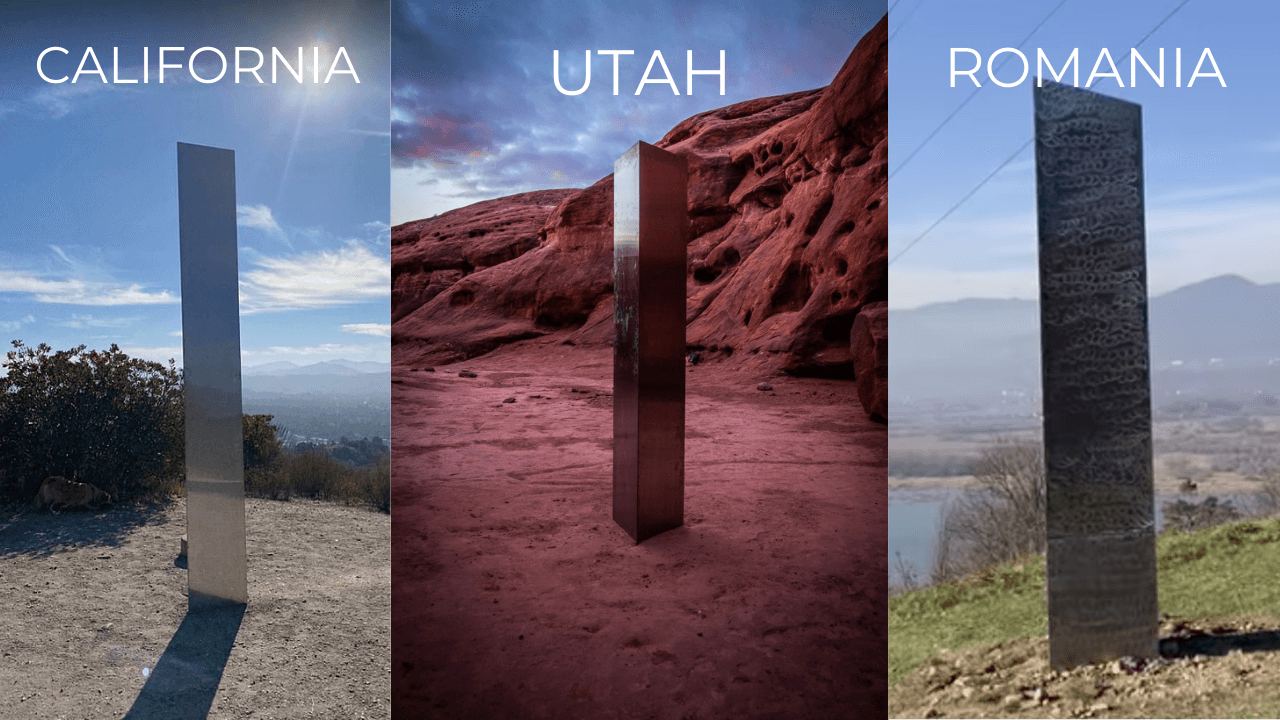 Last month saw the occurrence of similar mysterious structures at random places like a desert on one side of the earth and then a hilltop located on the other side of the planet.

The structure is being identified as a monolith— described as an obelisk, column, or a large statue composed of a single block of stone or a rock.

The first monolith appeared in a desert, in the middle of nowhere, in Utah. It was discovered on November 18th by state helicopter crews who were aiding wildlife biologists to count the bighorn sheep. 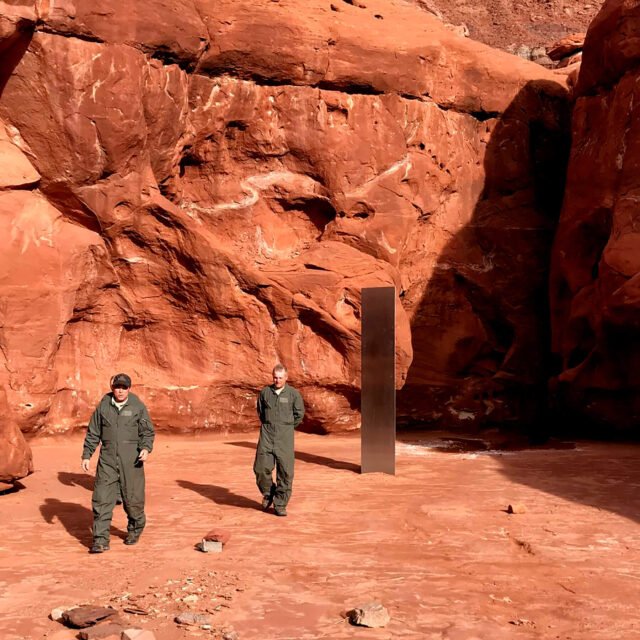 Soon after its discovery, the monolith invited a lot of curious travellers towards it, even though its exact location was not revealed.

This mysterious monolith was a three-sided reflective structure, made of stainless steel, and was roughly around eleven feet tall. It caused a great buzz on the internet. Its unnatural presence generated a lot of attention from people, journalists, and experts all around the world.

What happened next was even weirder, two weeks after its discovery it disappeared—leaving the world in awe.

The story didn’t end there, on 26th November, shortly after the disappearance of Utah’s monolith, another similar structure was found in Romania! 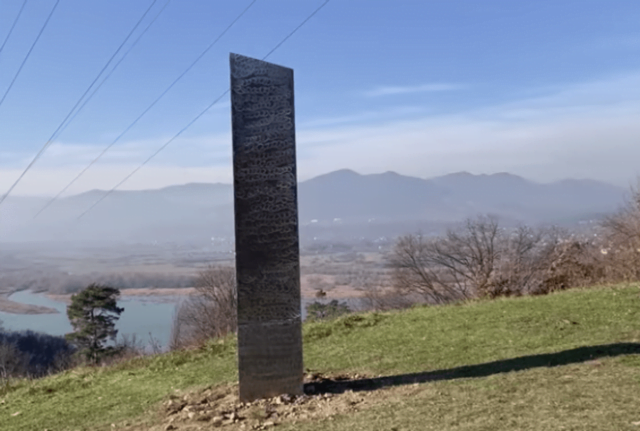 Shocked by the series of events, people soon started speculating. Questions like “Is it the same monolith?”, “How did it travel so quickly?” were prompted.

This new monolith appeared on top of a small hill near an ancient Dacian fortress, its structure was hastier than the one in Utah, indicating that it was a different structure altogether.

After making a brief appearance, the strange piece of metal disappeared again, in a way similar to the one in Utah, adding even more confusion to the mystery.

…And The Mystery Continues

Days after the disappearance of monoliths from Utah and Romania, the presence of a new and third monolith was confirmed at Pine Mountains in Atascadero, California. 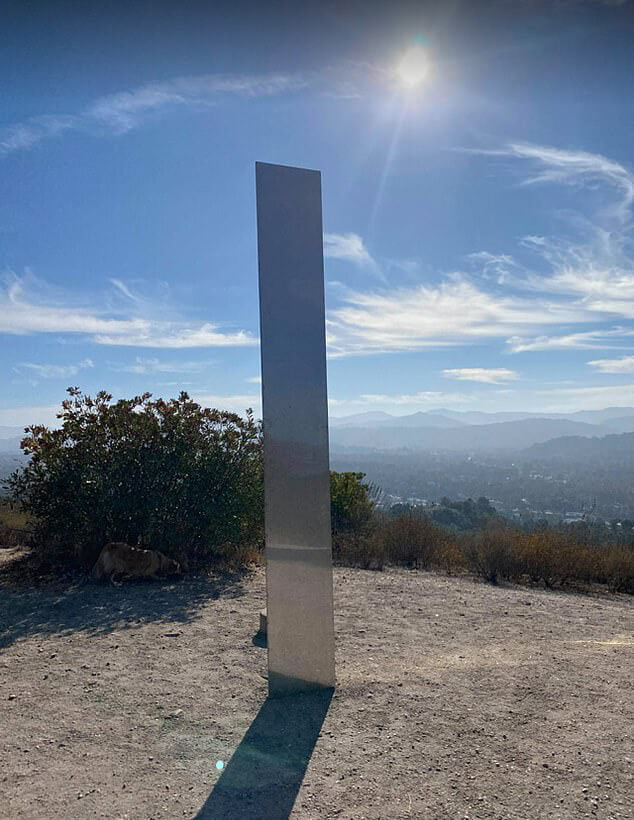 “The three-sided obelisk appeared to be made of stainless steel, 10-feet tall and 18 inches wide. The object was welded together at each corner, with rivets attaching the side panels to a likely steel frame inside,” reported the Atascadero News.

This monolith too is similar to the ones that were found in Utah and Romania— a three-sided reflective structure made of stainless steel, but this one is not fixed to the ground and can be easily pushed and moved, unlike the others.

A local hiker, Ray Johnson confirmed that the monolith was not there on Tuesday.

Also Read: Here’s Why Invisible Aliens May Exist Amongst Us And We’ll Never Know

The appearance and disappearance of monoliths in three places within the span of 15 days have invited a lot of speculation.

Naturally, the internet is full of conspiracy theories, memes, and trolls.

Various possible explanations and theories like ‘a work of art’, ‘alien invasion’, and ‘silly pranks’ were making rounds on social media.

The local mayor of the village in Romania where the monolith was found was also compelled to issue a statement urging “those who think there is still life in the universe” not to panic.

People on the internet are convinced that aliens are behind this act, interesting theories like “aliens are trying to find the signal on earth” are being spread.

The object possesses a stark resemblance to the famous monolith from Stanley Kubrick’s 1968 film “2001: Space Odyssey”, signalling to some sci-fi fanatics that it might be an extraterrestrial device that affects humans.

Some people are dead serious and scared while others are hopping on this extraterrestrial train just for a good laugh.

A gallery owner suggested to the media that the appearance of the structure may be a tribute to the late artist John McCracken, who created similar-looking objects before he died in 2011, therefore it is also being theorized as a work of an artist.

Another possibility of it being an artwork comes from the history of the Land Art Movement that was active in the 1960s-70s, the movement inspired art made from earth and rejected commodification of the same. 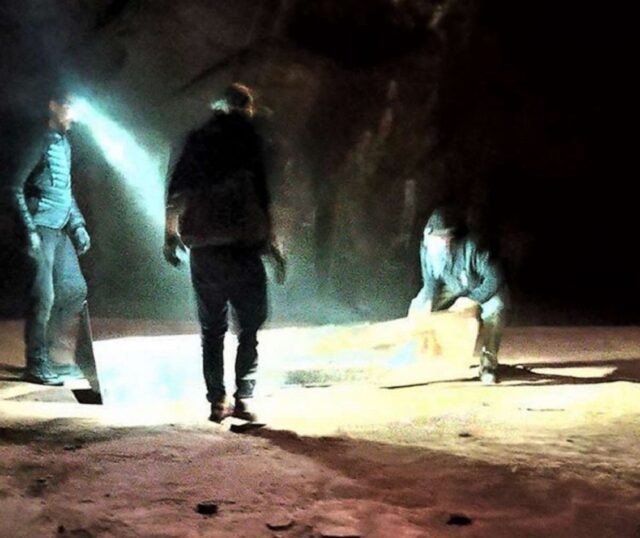 New data that surfaced on the internet this week show four men caught in a video, trying to remove the monolith found in Utah, one of them can be heard saying “leave no trace”, as reported in an article by The Guardian. Therefore, clearly, its removal had nothing to do with aliens.

It was photographer Ross Bernards who posted on his Instagram on Monday of ‘the object’s final moments’ that proved that there was nothing extraterrestrial about the technology as it appeared to be ‘sheets of metal riveted to a hollow wooden scaffold’.

“Bernards drove six hours on Friday with three friends to take some pictures of the object by moonlight. After getting some shots, he said he heard some voices coming up the canyon, and four men appeared. Bernards wrote that he stepped away so the new group could also enjoy some time alone with the object, only to watch as they began shoving it.

“They gave a couple of pushes on the monolith and one of them said, ‘You better have got your pictures,'” Bernards wrote. “He then gave it a big push, and it went over, leaning to one side. He yelled back to his other friends that they didn’t need the tools. The other guy with him at the monolith then said ‘this is why you don’t leave trash in the desert”.”

The different structures and details of monoliths also indicate that they were human-made and replicated.

Realists believe that it’s most likely that people got bored with quarantine and tried to make 2020 more surreal than it already is.

It can also be a great prank to make people believe in alien activities but in any case, mischievous people were quick to follow and copy the original structure found in Utah and continue the prank by placing it in Romania.

A new report from Germany informed the internet that a famous phallic-like wooden structure that has been a tourist attraction for 4-5 years now in south-west Munich has gone missing or apparently ‘been chopped down’, which can be a prank inspired by the series of monolith disappearances.

The mystery of the monolith remains unsolved and the internet is still buzzing about its latest appearance.

Prank or not, the question that has left everybody waiting in excitement is “when and where will it appear next?”