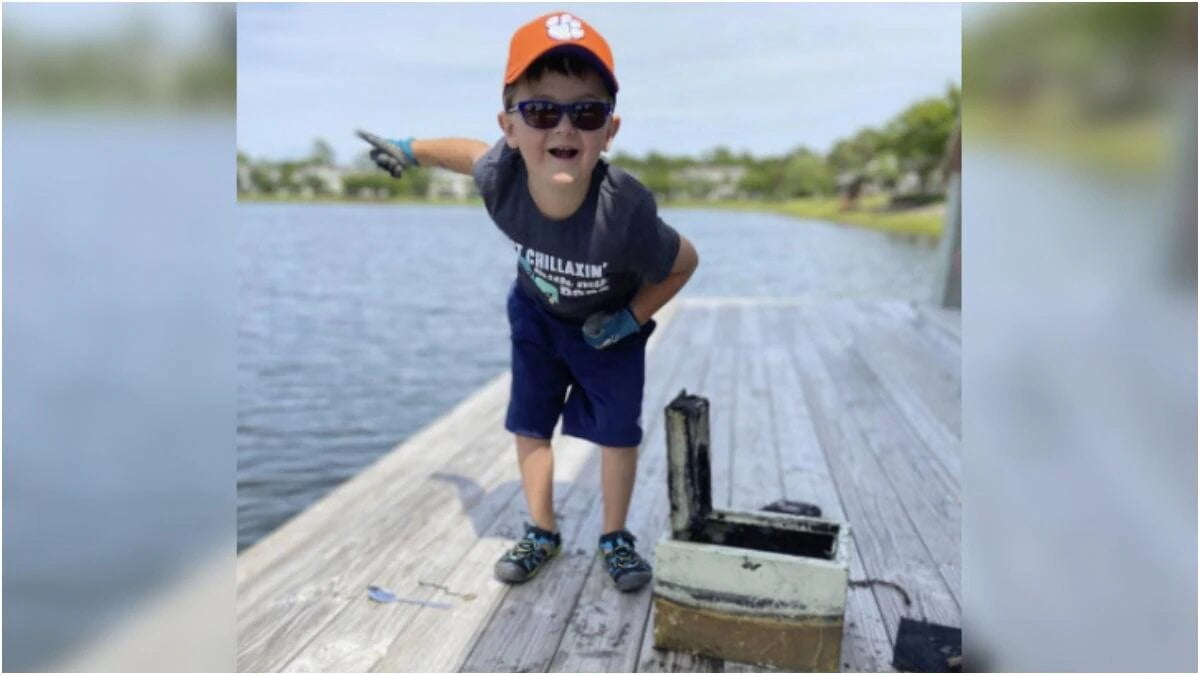 Here, our lockdown-days are yet all about binge-watching series and baking cakes at our homes, and somewhere a 6-year old kid has done something that has left everyone jaw-dropped.

Knox Brewer, an American kid, solved an almost a decade-old robbery case at a South Carolina lake in the United States.

For a Mother’s Day outing, he went with his parents, Jonathan and Catherine Brewer, for metal fishing at the Whitney lake but unknowingly unravelled a mystery related to the theft of valuables.

What Actually Happened That Day

Just when the young lad, Knox was trying to collect some metal objects from underwater, the magnet attached to his fishing equipment stuck in something quite heavier than Knox’s strength.

So, with the help of a bystander, Knox reeled in what turned out to be a heavy-weighted mystery metal box from water. 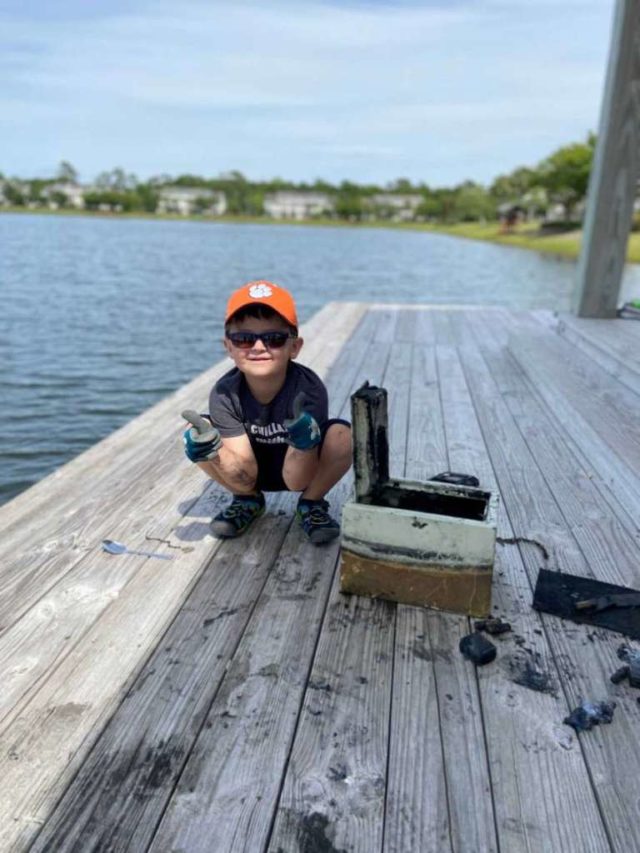 According to the resources, when the locked metal box was pried-opened, it was filled with debris-covered jewellery, credit cards, and a cheque book.

Also Read: No One Has Been Able To Solve The Mystery Behind The Indian Rope Trick

“I knew the right thing to do was go ahead and call the local authorities, get them involved and try to solve this mystery,” the child’s father, Jonathan Brewer, told the media outlet.

And Finally, The Mystery Was Solved

On further investigation, the authorities determined that the box belonged to a woman who lived across the street from the lake.

The woman informed the authorities about the robbery that happened eight years ago at her home in which her valuable stuff was stolen.

Although unfortunately, almost all of the expensive stuff was taken away, the woman was yet quite glad with the accidental discovery. 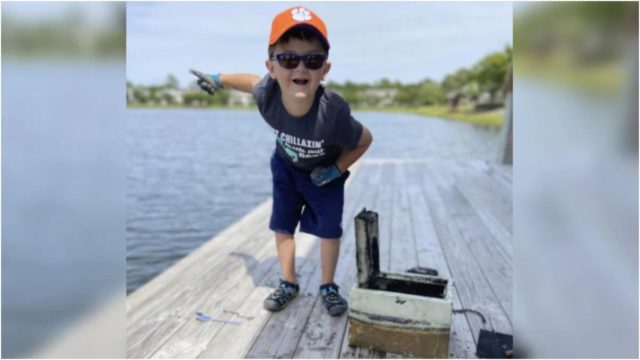 “The first thing that she did was just kneel down, hug Knox and thanked him for bringing that closure to her,” Jonathan Brewer said.

Knox’s parents told the media outlet that the kid wants to become a police officer and so, he got a lot of fun out of the whole process of investigating, asking questions and trying to get to the source.

His parents also find it a good way to pass their leisure amid the coronavirus lockdown.

Knox Brewer’s robbery case-solving incident is indeed an enthralling one and seems straight out of a suspense-thriller movie.

A just another fishing day for Knox unexpectedly turned out to be unusual for himself, his family and that woman; a great day to remember and a memory to treasure.

RedditED: r/IndiaNostalgia Reminds Us Of Random Things From Childhood Buried Deep In Our Subconscious