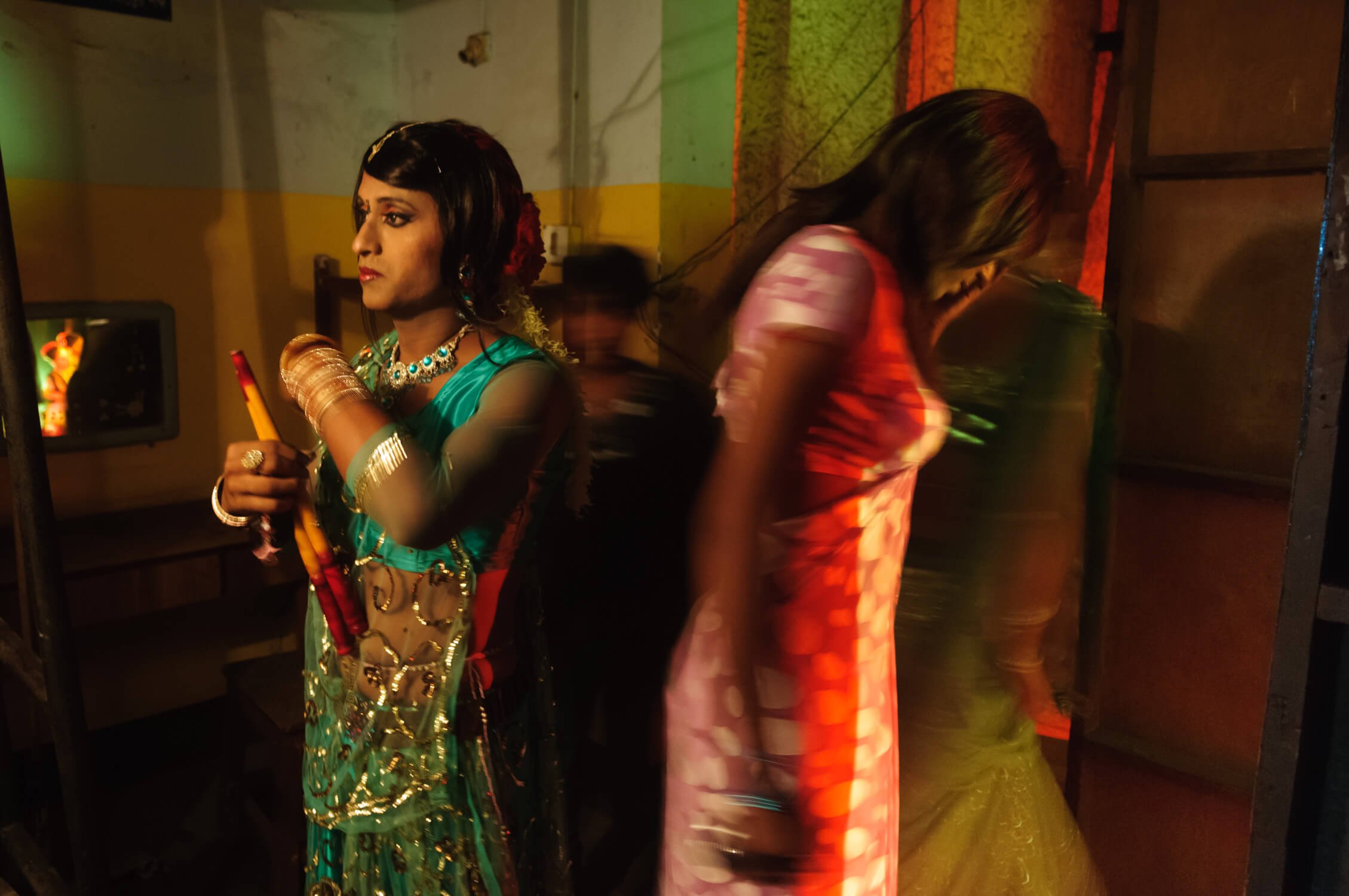 Launda Naach was performed by men dressed up as women during festive gatherings. Negligence has now turned it into a workshop of abuses.

Before you cringe and express your feelings of discomfort on how men can dress as women and dance in front of a pond of men, understand one thing: every place has a culture of its own. Cultures are not “weird”, they’re just alien. Despising a culture by taking the assistance of humour just shows how shallow one is.

Now that the groundwork has been laid, let’s educate ourselves.

Launda Naach is a folk art form from Bihar and eastern Uttar Pradesh. The art form dates back to the 11th century. Back then, women were not allowed to perform in public ceremonies. This cloistered existence of women made men take up the roles of traditional entertainers.

These launda dancers used to perform at social gatherings. Today, they are a staple in marriages and usually perform as a part of the baraat and the haldi ceremony of the groom.

These dancers receive no formal training, and it might surprise some that there were schools that would hone these dancers. The bandmasters play catchy Bollywood numbers, beats falling in sync with the movements of the dancers. The steps are impromptu.

Over time, as the country opened up to new means of entertainment, like most folk art forms launda naach lost its professionalism.

With no security from the government to protect this folk art form, it is now a base entertainment to a bunch of men who perceive launda dancers as a piece of meat, or an object of ridicule.

Because launda naach openly allows for objectification and validates it, it has become an area for abuse.

Since laundas perform especially at the gathering of men, they are physically abused in the name of “wedding spirit”. They’re touched and groped without consent, quite similar to what happens to the dancing boys of Afghanistan.

As I skimmed through the internet to find useful information on this performative art I was aghast just like everyone would be – most of these launda naach videos are sleazy, openly record abuse and are generally linked to pornographic sites, meant to satisfy a male audience.

Read More: Tatbir: The Deadly Practice During Muharram That Should Be Acted Upon

Coquettish and effeminate men are not only heavily objectified by “the male gaze”, but because they are all dressed up in female attire, it makes the mean think that they are sexually available to them. It is no surprise that sexual violence of this degree can happen during marriages.

It is no surprise that sexual violence of this degree can happen during marriages.

Like the Indian transgender community that is ostracized by society and thrown into prostitution, launda dancers suffer quite the same fate. When the wedding season is over, the only place where they can find employment is in brothels.

When the wedding season is over, the only place where they can find employment is brothels. (Rajani is a launda dancer and a sex worker in Kolkata.)

The objective should not be to STOP launda naach, rather revive the tradition as a respectable folk art form, where performers can explore different sexualities and gender types.

In times like these, where the world is going gung-ho over men defying sexual prototypes, launda naach can become an empowering example to the world from India.

Sources: The Hindu, Wikipedia, The Diplomat

Arrested For Bizarre Reasons: Throwing Light On The Plight Of Women In Saudi Arabia