December of 2021 would be remembered as the month when Indians set their mark by taking charge of the globally leading companies. First, it was Parag Agrawal taking charge of Twitter as its CEO. Now, it’s Leena Nair taking charge as the CEO of Chanel, the French luxury brand.

All About Leena Nair, The CEO Of Chanel

Leena Nair was the Chief Human Resources Officer at Hindustan Unilever (HUL). She was the first female and the youngest ever CHRO for HUL. “Leena Nair, CHRO, has decided to leave the company in January 2022 to pursue a new career opportunity as Global Chief Executive Officer, Chanel Ltd,” said HUL in an official statement.

She was a member of the Unilever Leadership Executive and was charged with the responsibility of delivering the company’s financial performance.

“I would like to thank Leena for her outstanding contribution over the last three decades. Leena has been a pioneer throughout her career at Unilever, but no more so than in her role as CHRO, where she has been a driving force on our equity, diversity and inclusion agenda, on the transformation of our leadership development, and on our preparedness for the future of work.”

Leena completed her schooling at Holy Cross Convent School in Kolhapur, Maharashtra and B.Tech. in Electrical from Walchand College of Engineering, Sangli, Maharashtra. She then pursued her PGDM from XLRI Jamshedpur, a business school reputed for its HR program. 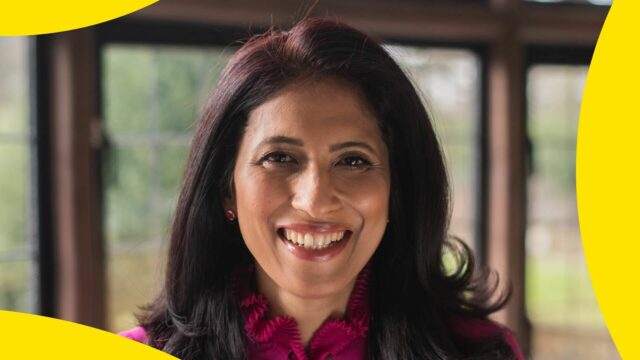 Leena is also known for her initiative ‘Career by Choice’ which helps women rejoin the workforce after a gap. She updated about her achievement on LinkedIn,

“I am humbled and honoured to be appointed the global chief executive officer of Chanel, an iconic and admired company. I am so inspired by what Chanel stands for. It is a company that believes in the freedom of creation, in cultivating human potential and in acting to have a positive impact in the world. I am grateful for my long career at Unilever, a place that has been my home for 30 years. It has given me so many opportunities to learn, grow and contribute to a truly purpose-driven organisation. I will always be a proud advocate of Unilever and its ambition to make sustainable living commonplace.”

Leena is neither an IITian nor someone who went abroad for studies. She climbed up the career ladder through sheer hard work and dedication, and that is an inspiration for the youth of India.