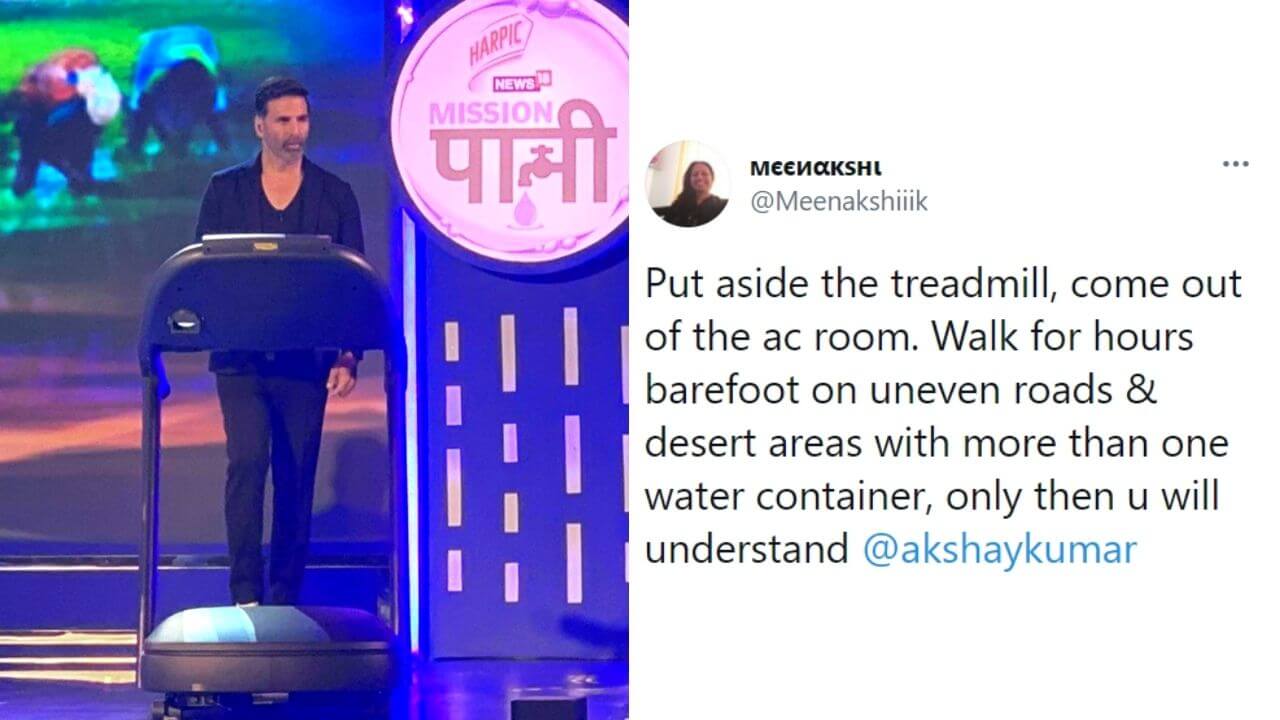 Oftentimes, celebrities and public personalities do something with good intentions but their actions are completely opposite to what they mean.

Something similar happened with Bollywood actor Akshay Kumar, who’s recent stunt at a treadmill in order to show support with the plight of rural women of India kind of backfired on him.

On 26th January, Network18 hosted an event called the Mission Paani Waterthon to talk about the importance of saving water, sustaining it and more to tackle the water problem in the country.

Akshay Kumar was hosting the event and in one segment he was seen walking on a treadmill. It was stated that he walked more than 21 kilometres on it as a way to understand the hardships of rural women who travel similar, or even longer distances, in order to fetch water.

Kumar apparently stated how rural women have it extremely difficult since even during a half marathon, athletes are given resting points, water and such at certain junctures of the race, however, these women get none of that reprieve.

This, however, did not sit right with many people who felt this was trivialising the situation and the actual extremely harsh conditions rural women face on a daily basis.

Rural women walk much longer distances on uneven and broken roads, traversing difficult terrain back and further in order to fetch water. Not just that, but their home life is also probably not the best where they can rest in air-conditioned room and soft, fluffy beds after doing so much work.

Obviously, this led to a lot of criticism against Akshay Kumar with many people digitally face-palming over the absurdity of his actions.

Although in Kumar’s defence, he did attempt to say that he was somewhat ashamed he was doing this on a treadmill, but at the same time, the kind of applause he was getting for doing this was certainly unnecessary.

What do you think, was the criticism against Kumar valid or went a little overboard? Let us know in the comments below.

‘Nobody Pays Attention To Us, No Facilities, No Good Food; Overall Behaviour Is Very Rude,’ Seema Pahwa Shares Struggle