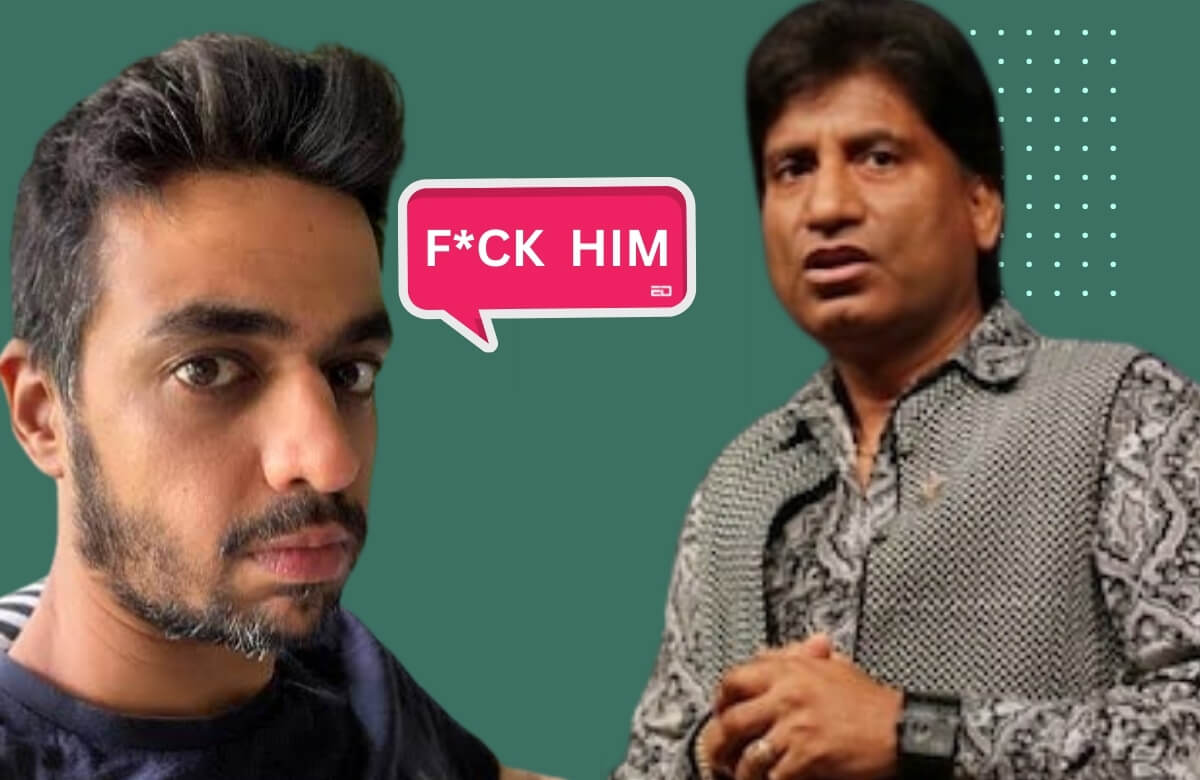 It was sad but not entirely unexpected news to hear that Indian comedian Raju Srivastava passed away today. He had been at the AIIMS Hospital, New Delhi under critical condition for almost 41 days now after he suffered a heart attack while he was at the gym last month.

Srivastava passed away at the age of 58 leaving behind a legacy and being known as an inspiration for a generation of young comedians in the country.

However, in the midst of all the condolences and tributes that are pouring out for his death, another comedian, AIB’s Rohan Joshi started to trend.

“RIP Rajubhai ❤️🙏 You were such an inspiration to so many. Whenever you went on stage you lit it up. Your presence was such that when people just saw you there was an automatic smile on their faces. You will be truly missed A big loss for the Indian Stand-up Comedy scene😢 #RajuSrivastav”

“We haven’t lost a thing. Whether it was Kamra whether it was the roast or any comic in the news, Raju Srivastav took every opportunity he ever got to shit on newer comics especially after the new wave of stand up started.

He went on every fuckall news channel every time he was invited to go shit on an upcoming art form and call it offensive just because he couldn’t understand it and new stars were rising.

He might have told a few good jokes but he understood nothing about the spirit of comedy or defending someone’s right to say something even if you don’t agree. Fuck him and good riddance.”

The comment has now been deleted, however, it was already seen by several people in that time. It has not been met with a positive reception in the least, with people seeing it as extremely distasteful and insensitive, especially with the comedian having just passed away today.

A lot of them took to Twitter to call out and bash Joshi for his crude remarks, to what no one can deny was an inspiration to several current comedians or at least was one of the people who helped pave the way for having comedian as profession in India. 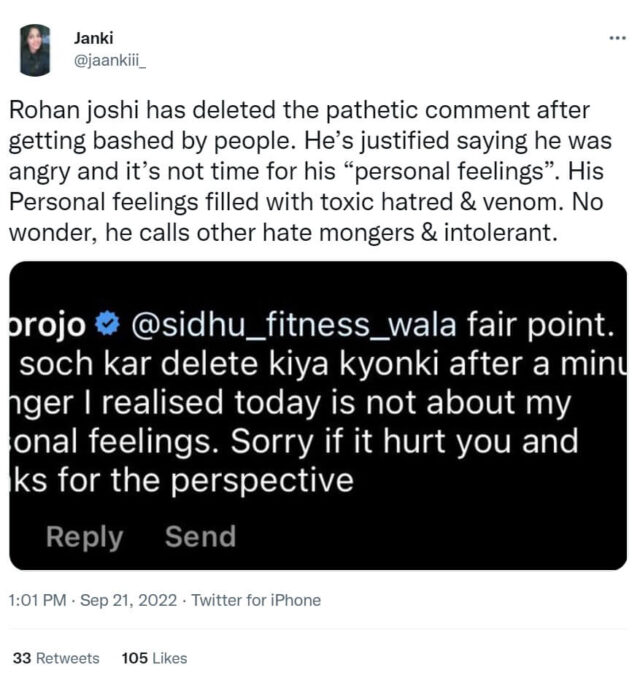 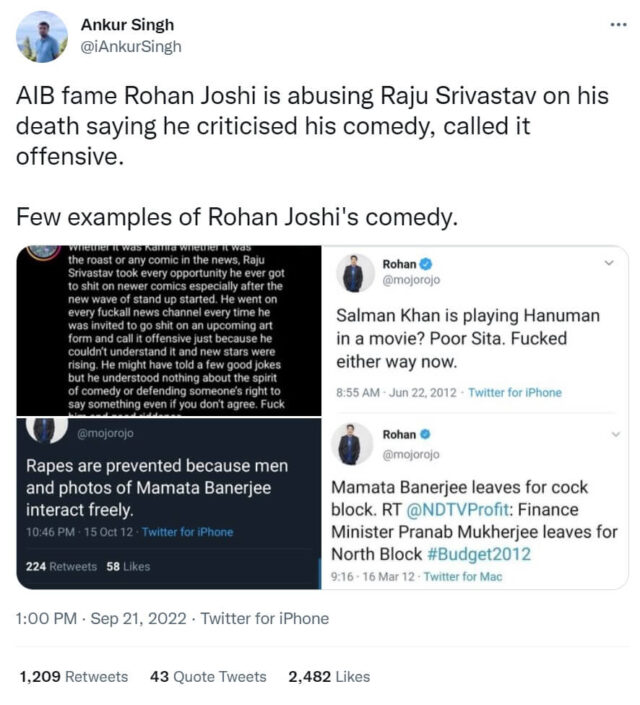 Read More: ‘Such A Shame’: Why Did This Video Of Kabaddi Players Being Served Food At UP Stadium Go Viral? 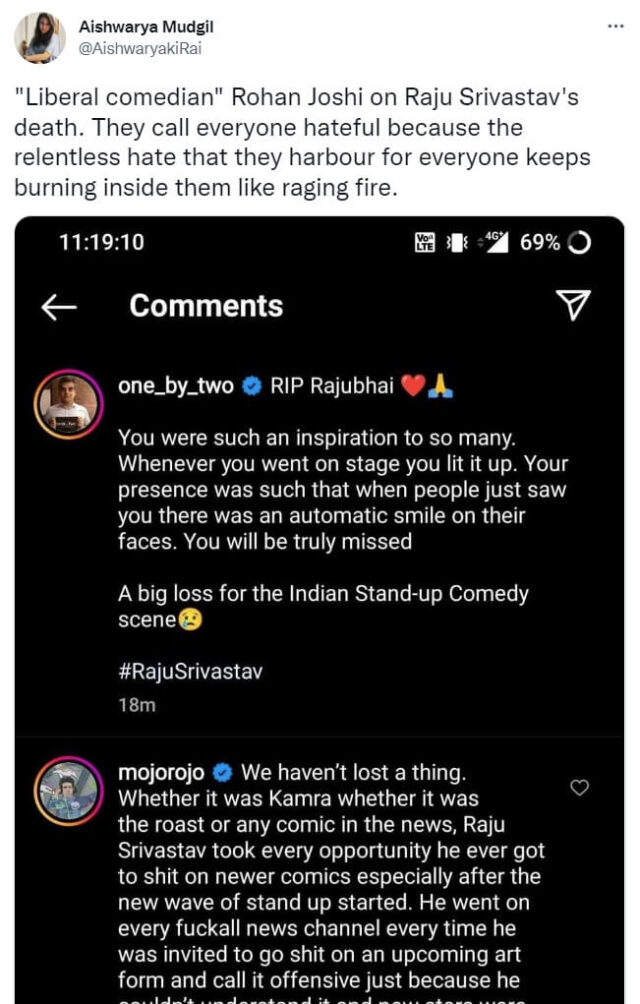 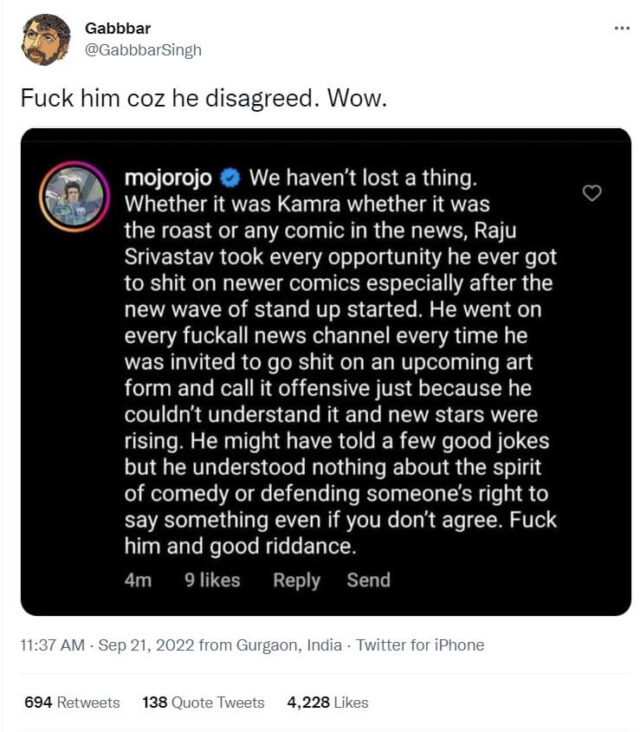 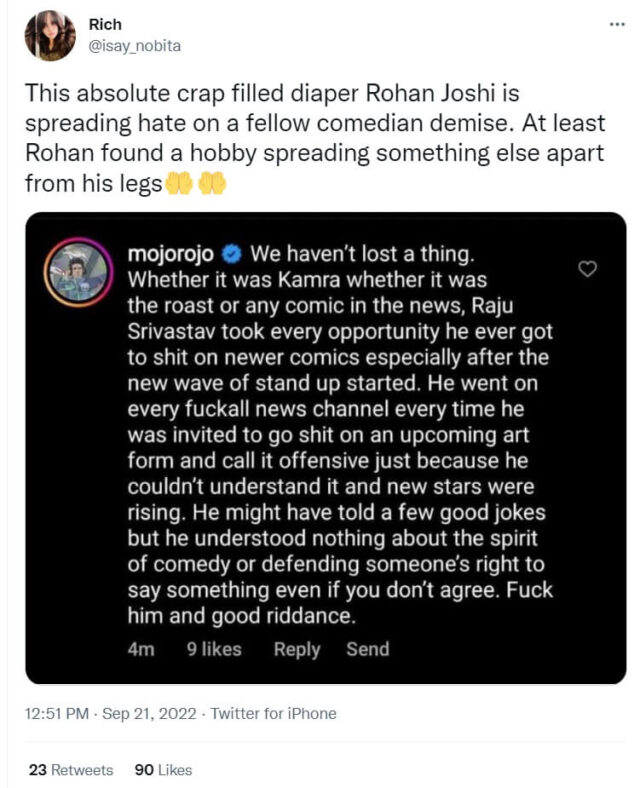 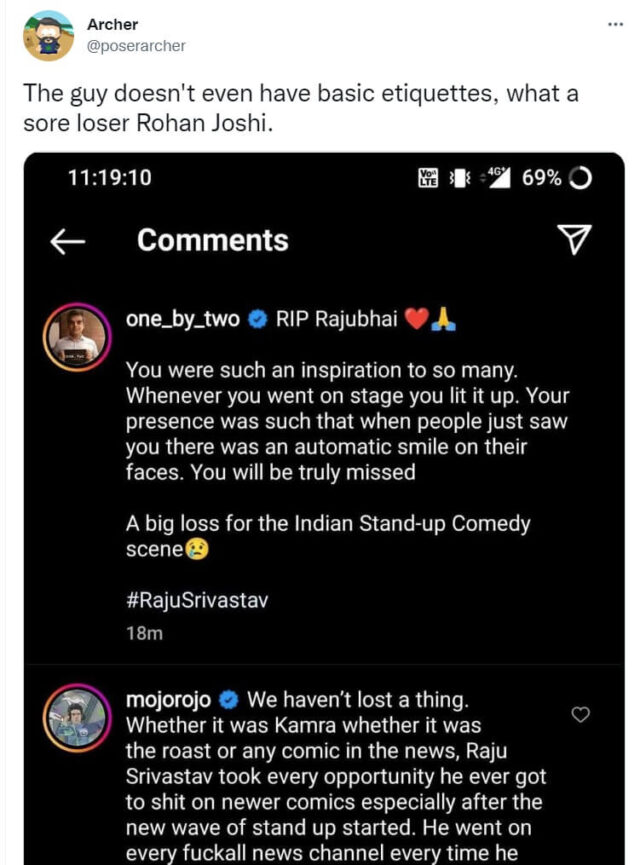 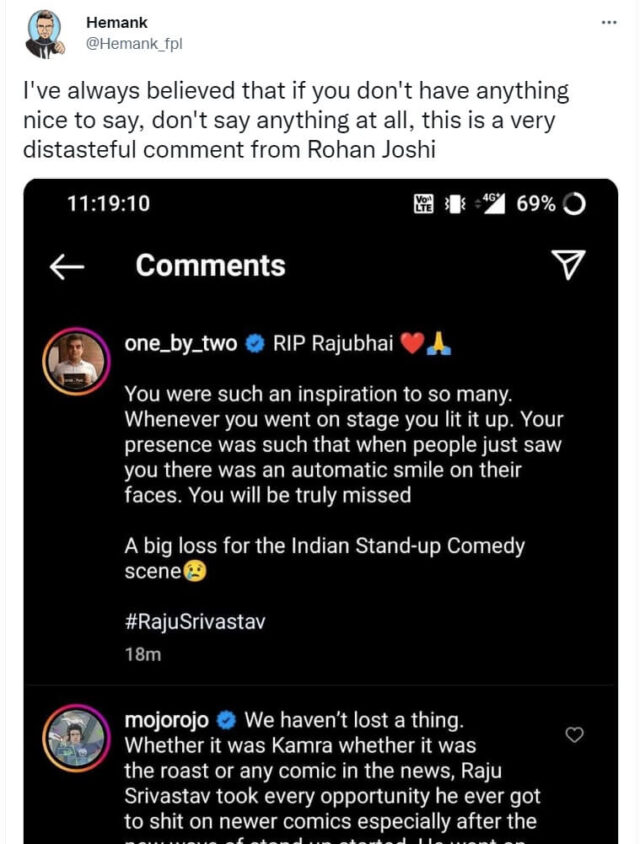 Raju Srivastava might have had his faults and might have had some controversies regarding things he said, but no one can deny that he was a very known and respected name in his profession. He did work towards shining a light on being a comedian as a profession and not just an actor who was good at comedy.