Home Sports ‘Such A Shame’: Why Did This Video Of Kabaddi Players Being Served... 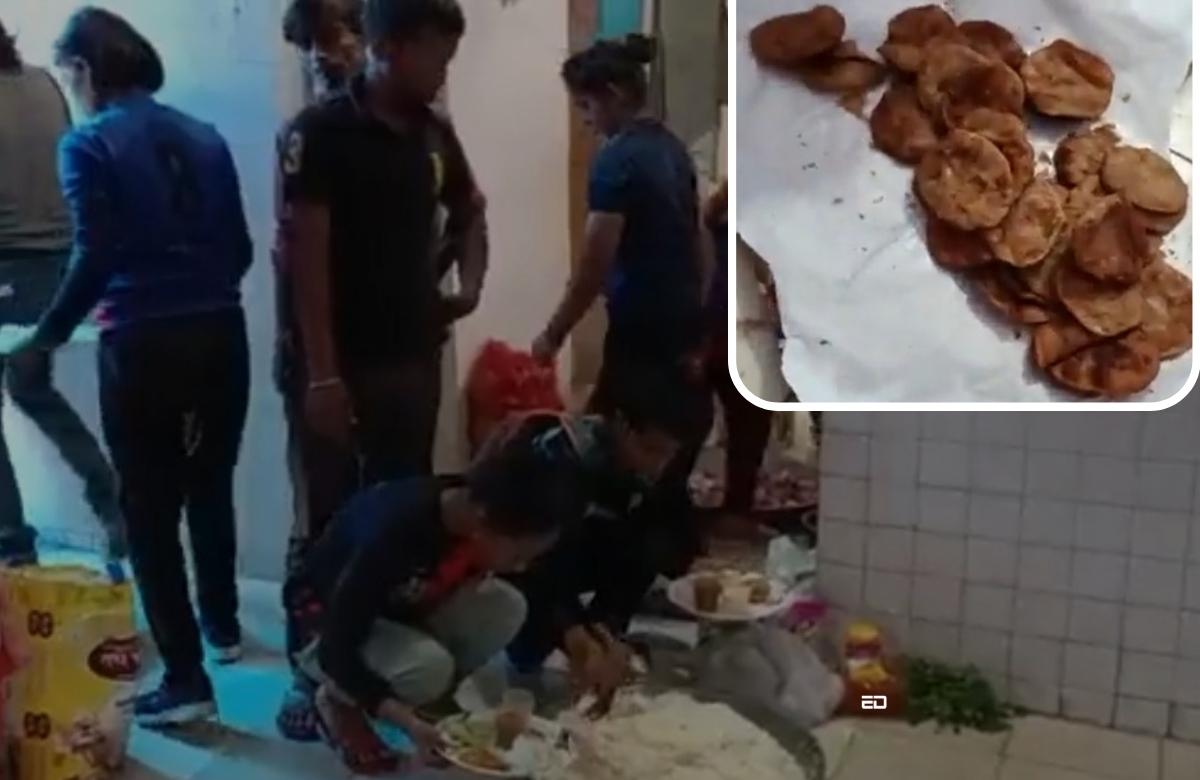 The state of Indian sports is not the best, this is not really something hidden or a secret in any way. Almost every single famous player from India has recounted how they had to train and pursue their sport despite several hardships.

This included little to no support from government sports departments, no training facilities, running around after bureaucrats in order to get whatever permissions and all were needed. Besides cricket, almost every player of another sport has said that there was absolutely no support from official areas and that whatever they did was on their own shoulders.

Given all that, the news of a video going viral of how young female kabaddi players were being served food that was kept in a toilet, just goes to show the dismal state of Indian sports management.

Sachin Gupta a journalist at Dainik Bhaskar posted one of the videos, amongst a few, that ended up going viral, where it is shown that participating athletes from the sub-junior girls’ kabaddi tournament in Saharanpur were being given food that was kept in a toilet.

The incident happened at the Dr Bhimrao Ambedkar Stadium in Saharanpur and around 300 players from 16 divisions had taken part in the tournament itself.

Shiv Sena MP Priyanka Chaturvedi commented on this matter in a tweet saying “Such a shame! Can’t provide basic facilities to our sportspersons but expect them to win medals for the state/nation.”

As per reportsNavneet Sehgal, additional chief secretary (sports) said that the regional sports officer of Saharanpur Animesh Saxena has been suspended after this incident came to light and district magistrate, Saharanpur, Akhilesh Singh is also going to be investigating into the matter and submit a report on what happened.

Social media obviously blew up with this and people started calling out the UP government, sports facilities and officials for such disrespect towards the players. 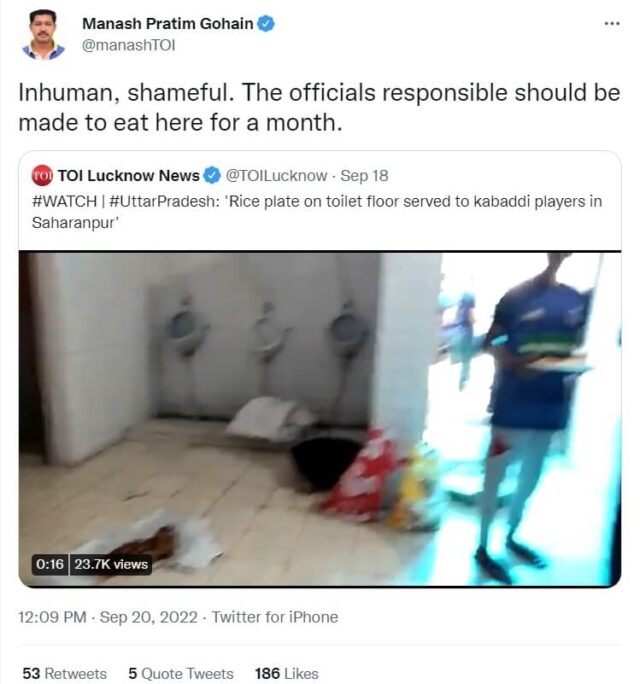 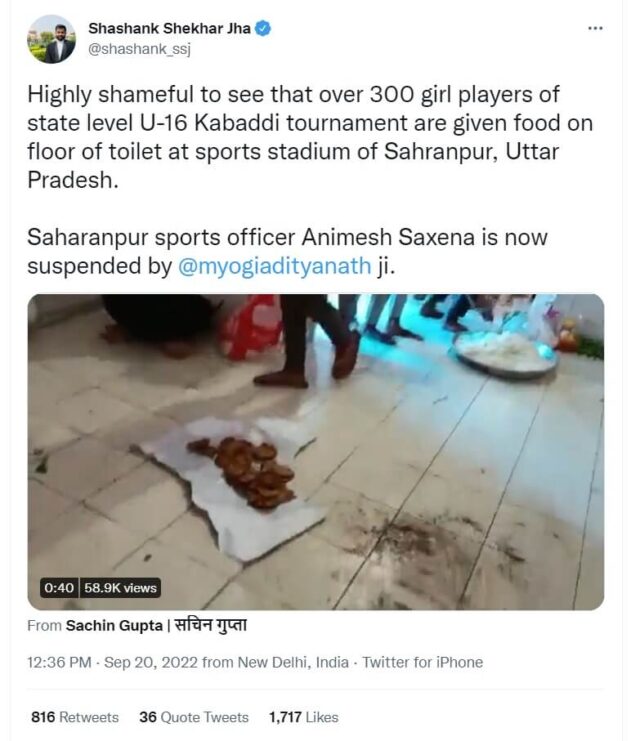 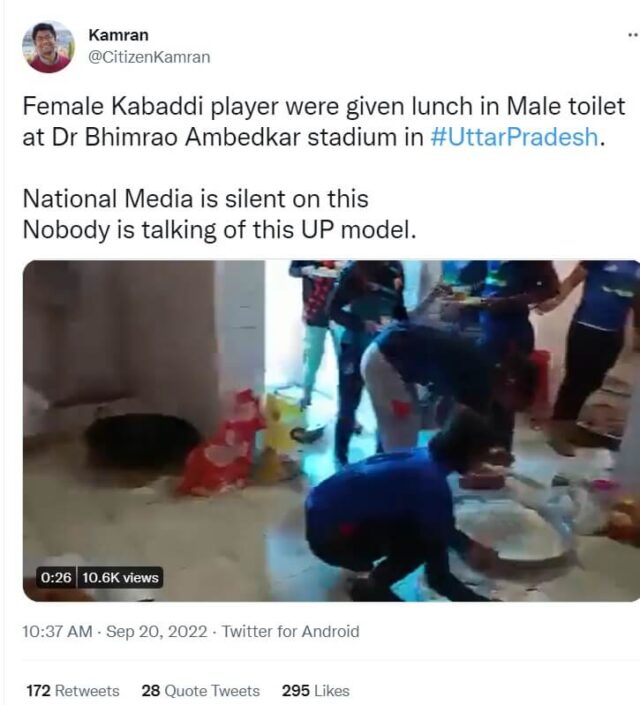 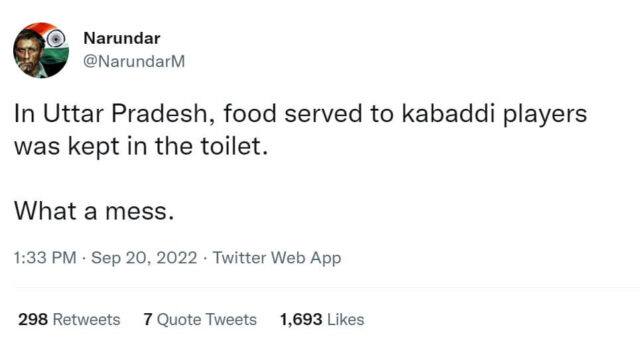 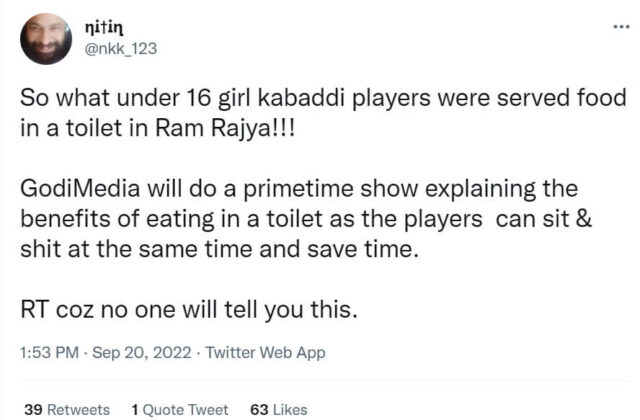 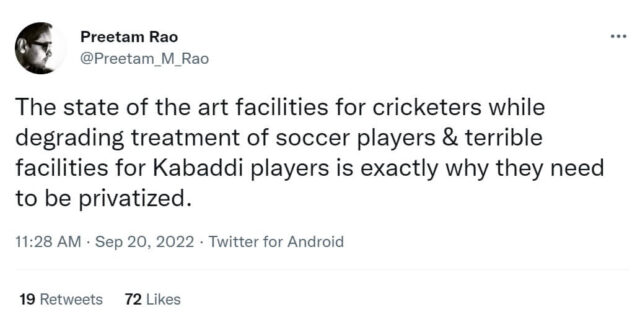 If the video is actually true and this really happened, then this is truly a shameful incident for many and a high disrespect towards the young sports players of our country.