Home Entertainment Why Most Of The Big- Budget Movies Like ‘Bhramastra’, ‘Panipat’ Are Only... 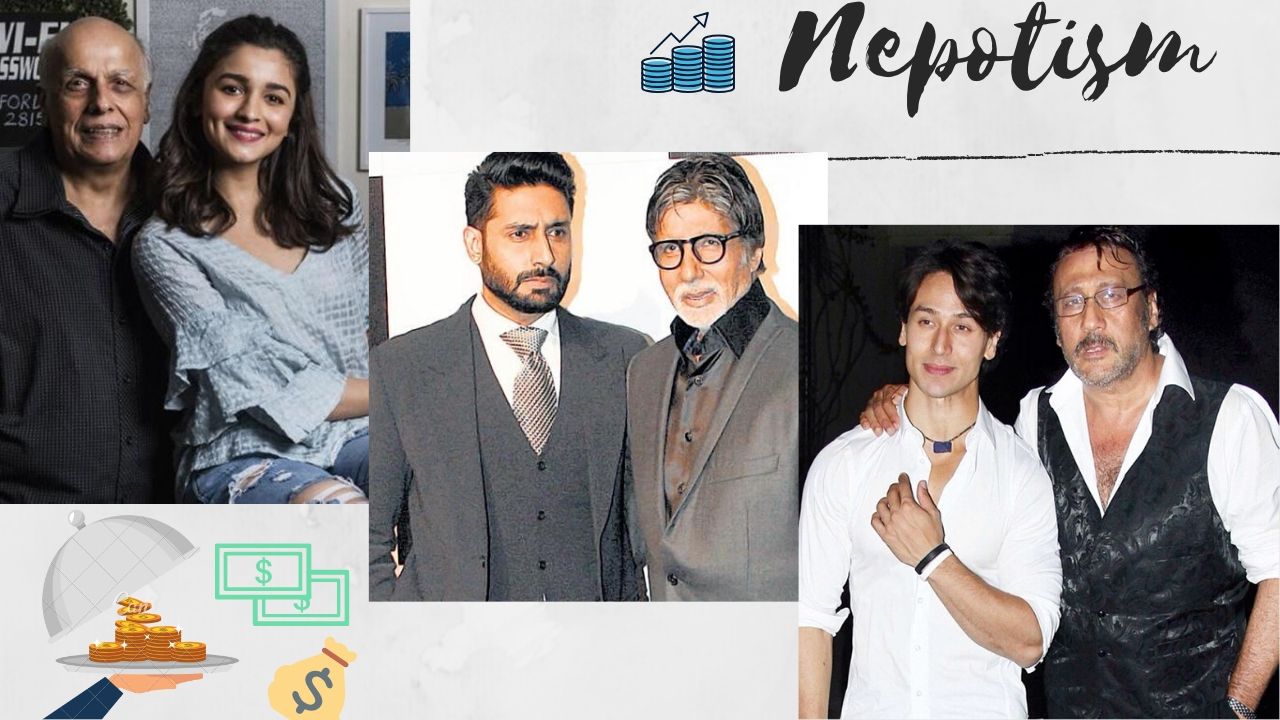 The trailer for the upcoming movie ‘Panipat’ is currently trending on YouTube. People liked the trailer but criticized the director’s casting of Arjun Kapoor as the Maratha warrior because they weren’t impressed by his performance.

This made me question the casting of most of the mainstream Bollywood movies with big-budgets.

Another big-budget movie under Karan Johar’s nepotism project was ‘Student Of The Year 2’ that starred Tiger Shroff and Ananya Pandey. The ridiculous movie script hardly warranted a budget of 80 crores.

But, I guess Will Smith’s guest appearance, branded clothes, and the extravagant sets were important to take the attention away from Tiger’s terrible acting.

‘The celebrity Rozgar Yojna’, sponsored by Dharma Productions and Salman Khan Productions, try their level best to spread the message that the son/daughter of some established Bollywood celebrity is coming to ‘grace the cinema’.

Take the case of last year’s film ‘Dhadak’, a good amount of money was spent on shooting at lavish locations around Udaipur, and making the movie aesthetically pleasing.

Even if the film is made on a mediocre budget, large sums of money are spent on marketing to ensure that the Bollywood entry of star-kids is marked as a ‘success’. They receive 5 more offers before the premiere of their debut movie.

Making a movie on a bigger scale ensures that the starlets remain popular because the media constantly reports everything related to the movie.

Ranbir Kapoor is set to appear in the superhero movie ‘Bhramastra’, however, this isn’t his first tryst with large-scale movies. He acted in the 2016 movie ‘Bombay Velvet’, which was a disaster at the box-office. Yet, it didn’t impact the actor. He has admitted in interviews that even if his movies flop he is still financially secure.

People applaud him for taking risky scripts and making creative films that have something new to offer. He tried to do this in ‘Jagga Jasoos’, a movie he also produced.

However, Ranbir coming from a rich background can afford to invest in such risky ventures, but the actors without ‘the right surname’ can’t bear such hefty expenses.

Abhishek Bachchan can still find work after giving more than 30 flops in his career, however, this facility is not available to actors who cannot benefit from nepotism.

Also Read: “If I Am A Director And My Son Wants To Act, Why Shouldn’t I Launch Him”: This Self Made Actress Has A Fresher Take On Nepotism

Sonam Kapoor’s movie ‘Aisha’ spent a large part of its budget on Sonam’s dresses, which strengthened her image as a fashionista.

The movies are tailor-made for the star-kids, who always come off as cool and charismatic. So, these movies just work as a PR strategy and fortify the foothold of these stars.

This accomplishes 2 things- actors like Varun Dhawan and Tiger headline movies where they beat-up the bad guys and earn moolahs, while Irrfan Khan, Rajkumar Rao are cast in films depicting middle-class life.

No Entry For Outsiders

If you look at the Marvel movies, most of its cast members didn’t have any big films to their name. However, portraying the role of ‘earth’s mightiest heroes’ made them immensely popular.

So, why does this not happen in Bollywood? Outsiders have to work hard for years to earn fame.

Bollywood being an elite group doesn’t accept people easily into their ‘inner circle’. They do favors for one another by casting each other’s relatives in their big-budget movies that are always in the news. The limelight is always on the star-kids while others remain in shadows.

‘Baahubali’ made its leading actor Prabhas immensely popular among the North-Indian crowd, and the film broke all the records. This happened despite people not knowing about him before. So, you see big-budget movies are a huge opportunity for its actors.

However, celebrities fearing the unemployment of their kids would always overlook the talent of others.

That’s why the never-ending debate on nepotism is important.

To remove the label of ‘Flagbearer of Nepotism’ it seems, Karan Johar had to cast Bhoomi Pednekar and Vicky Kaushal along with his favorites, Alia and Kareena, in his upcoming movie ‘Takht’.

What is your opinion on the matter? Do you think only the star-kids dominate the big-budget Movies?