The short film, Why I Killed Gandhi before its release on the OTT platform Limelight on January 30 is being demanded to be banned. The film officially released in 2017, based on the assassination of Mahatma Gandhi by Nathuram Godse, has created a lot of controversies.

The role of Nathuram Godse is played by NCP MP and actor Amol Kolhe. The movie has a court scene where Godse justifies why he killed Gandhi. It will be released on the death anniversary of Mahatma Gandhi.

The Maharashtra Congress chief Nana Patole has sent a letter to chief minister Uddhav Thackeray demanding that the telecast of the movie should be stopped as it will enhance racist tendencies amongst the masses.

He stated in the letter, “Why I killed Gandhi, will be released in theaters and OTT platforms on January 30, the death anniversary of Mahatma Gandhi, which is observed as the National Unity Day, for (upholding) communal harmony world over.”

He added that Gandhi’s death anniversary is an allusion to peace and non-violence. The release of the film that propagates violence is contradictory.

“Indian culture has always opposed inhuman acts. This is why this movie should not be released in state’s theaters and OTT platforms” he said.

Disrespect To The Father Of The Nation

All India Cine Workers Association (AICWA) has stated that the movie glorifies Nathuram Godse, the traitor who killed the Father of the Nation, Mahatma Gandhi.

They have written a letter to Prime Minister Narendra Modi, demanding its ban on behalf of the entire nation and movie associations. Gandhi’s ideology of love and sacrifice is celebrated and loved all around the world. The deplorable act of Nathuram Godse doesn’t deserve an inch of respect according to them.

The letter stated, “the actor who played the role of Nathuram Godse (the traitor and the killer of Gandhiji) is a sitting MP in Lok Sabha and is under the oath of Indian Constitution, if this movie releases the entire nation will be shocked and devastated by the display of the heinous crime which occurred on January 30, 1948.”

Also Read: What Would Have Happened If Mahatma Gandhi Weren’t There?

Can Art Be Divided From Artist? 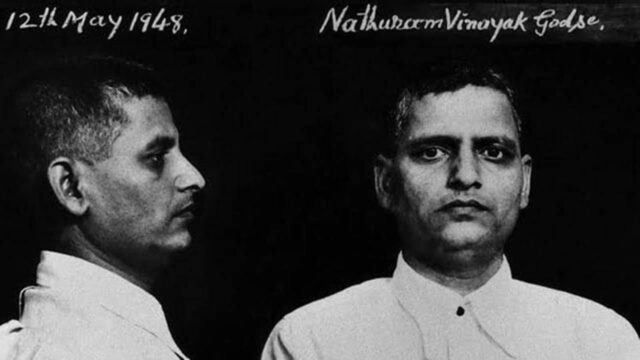 Amol Kolhe has been a leading Marathi actor since 2008. He was previously in Shiv Sena but later joined Nationalist Congress Party in 2019. There has been a mixed reaction to his decision to act the role of Godse.

Before any bifurcation of the party to INC or NCP, the Congress has always shown reverence for their predecessor member, Mahatma Gandhi. Does doing the role of Godse in the movie trivialize and oppose the nationalistic sentiment of the member of their fraternity?

NCP chief Sharad Pawar has come to Kolhe’s defense, saying the artist’s choice cannot define ideology. He said, “If he played that role, it doesn’t mean he subscribes to Godse’s ideology or views.”

While Maharashtra Cabinet Minister and senior NCP leader Jitendra Awhad criticized Amol Kolhe. He said in a tweet according to NDTV, “Even though his work is done as an artist, it has the support of Nathuram Godse. You cannot support the assassination of Gandhi in the guise of an artist.”

He added, “When Kolhe played the role of Shivaji Maharaj, why didn’t you ask him, why did he play that role? ”

Did Gandhi divide the nation or held it in unity? Why did Nathuram Godse kill Gandhi? History is transitive and the carcass of dominant narrative has stayed in living memory. The audience and the nation may themselves judge what is the truth behind the assassination.