Home Politics What Would Have Happened If Mahatma Gandhi Weren’t There? 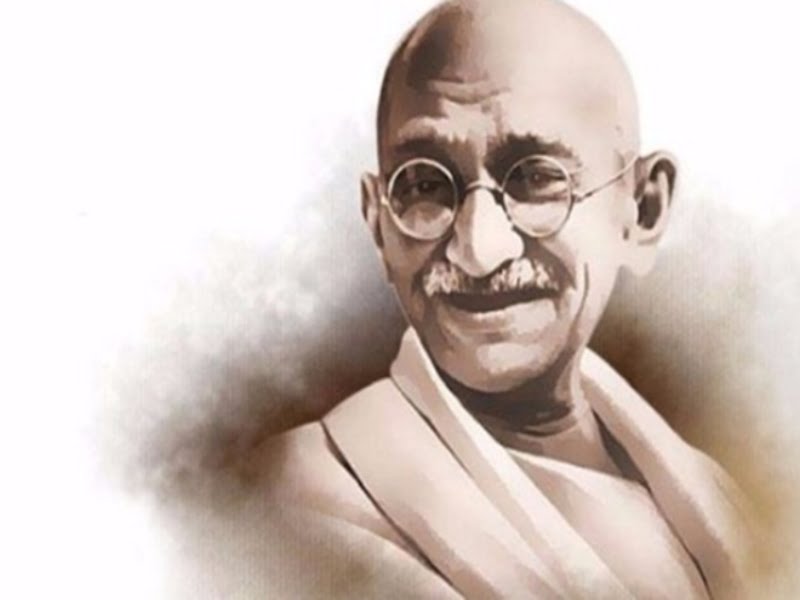 India has always been a place which has astonished the rest of the world with its unity in diversity.

Mahatma Gandhi is a name familiar to almost every single person across the globe.

Through this article, we are going to present some facts about Indian history and analyse the consequent repercussions if Mahatma Gandhi wouldn’t have been there.

Just like opinions differ from facts, many people refute the common notion of him being majoritarian in Indian Independence.

Alternatively, someone might argue that World War-II was, rather, the major cause that engendered the weakening of the British Empire, instead of Mahatma Gandhi being the root cause himself.

We have different viewpoints of how major his role is, or inconsequential not to say.

Let’s first see some of the most ignored trivia that might change our opinion and bring them on par with facts:

Martin Luther King Jr. and Nelson Mandela wouldn’t have been able to accomplish what they did, nor would they have adopted the similar methods of protests and movements (that were similar to Gandhiji’s).

They were highly inspired by Mahatma Gandhi when it came to calling for a movement, be it the Civil Rights’ one, or the voice raised against Apartheid discrimination. India would have definitely experienced a different political scenario compared to the one prevailing nowadays.

Netaji Bose was the strongest leader in INC. However, supporters of Gandhiji literally suffocated him which made him leave the INC in 1939 to form his own political faction, ‘Forward Bloc.’

In absence of Gandhi, Netaji would have taken over the charge of INC and the size and strength of the Indian National Army (INA) would have been stronger by many times. This might have got political independence for India in a different manner.

#3. Structure Of Regional And National-Level Politics

Structure of regional and national-level politics would have been altogether different and maybe, we might not have adopted the Parliamentary form of government in our country.

There is a contradiction in the statement of Gandhi about parliamentary democracy but when diving deep into the democratic ideals, he had said, “Democracy, disciplined and enlightened is the finest things in the world.” (Prabhu, R.K., and Rao, UR,- The Mind of Mahatma, Oxford University Press, P-130).

At the same time, he also cautioned people against a wholesale copying of the Western Model of democracy, where there are only nominal democracies.

It was the idea of Gandhiji only to introduce Panchayati Raj as the directive principle.

Also Read: All You Need To Know About Late Shri Atal Bihari Vajpayee

The situation related to the partition of the country might have changed altogether.

Dalai-Lama had recently commented that Gandhiji wanted Jinnah to become the first PM of India, while Nehru was against the same. Some other sources, on the contrary, support that Jinnah was himself adamant to create a new nation and Gandhiji had no option other than a yes available.

Did Jinnah only want to create his own land? Or, was he genuinely interested to uplift the rights of Muslims? Or was it something like a heterogeneous mixture of the situation?

This is another question that might have been chiseled in a different tone in the absence of Gandhiji.

International trade relations and policies would have been altogether capsized, had Nehru become unable to acquire the throne, resulting for someone else like Sardar Vallabh Bhai Patel (the Iron Man of India) to do so; all in the absence of Mahatma Gandhi.

According to the sources, Gandhiji was of the opinion that a foreign educated Nehru with modern thoughts had an edge over Patel who, according to him, was orthodox in his thoughts.

Gandhiji feared that Nehru would retaliate in case he was denied Prime Miniter’s post and that would provide Britishers with an impetus to delay the transfer of powers.

On the other hand, he was fully convinced of Sardar Patel’s loyalty and faith.

He knew that Patel was a true patriot and would never play a spoilsport.

The economics of the whole country would have been completely different in such a scenario.

Last, but not least rather the most interesting one could have been the substitution of Gandhi’s face from the Indian currency by someone else like Bhagat Singh or any other freedom fighter.

Maybe, someone else might have led the freedom struggle in an altogether changed scenario?

Sources: The Economist, The North Lines, The Knappily +more