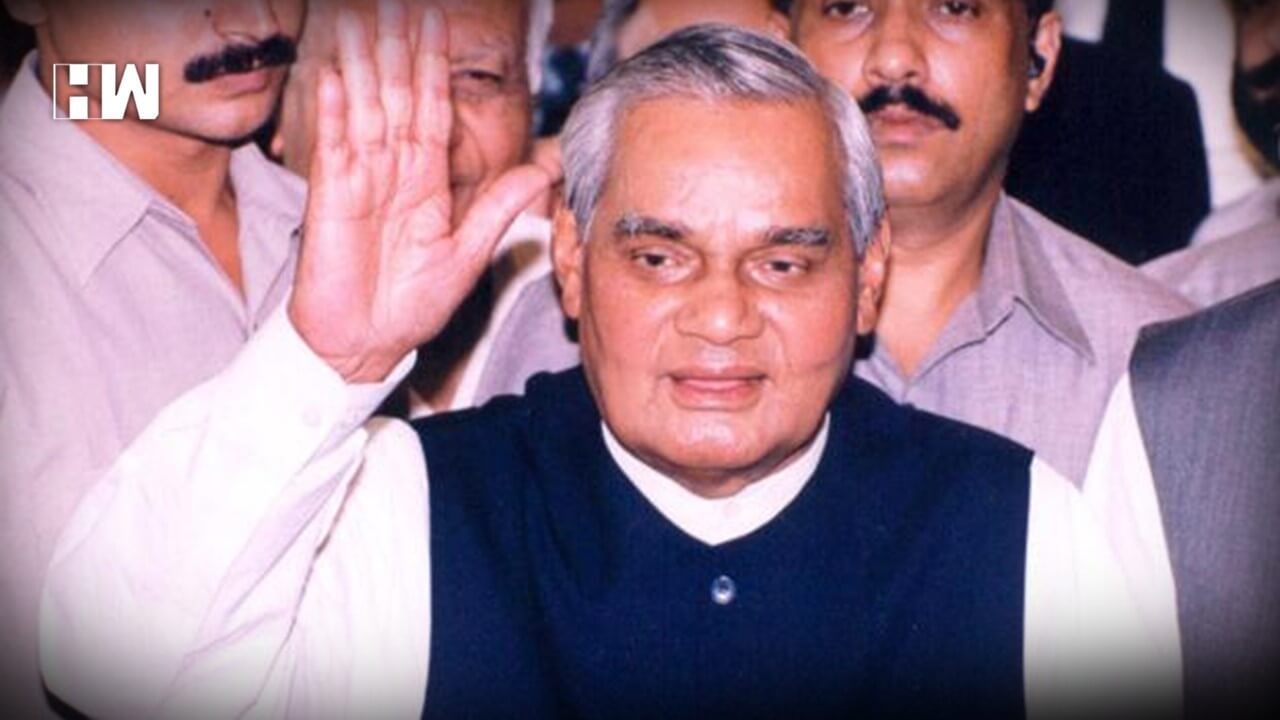 Atal Bihari Vajpayee, a leader of the masses, a leader who told the nation what opposition was and how repeated defeats can still be turned into victory, left us today.

He was a charismatic and iconic leader of the Bharatiya Janata Party (BJP). He was known for his humble attitude and spot-less political career. A secular leader in its true sense, he respected and cared for all, across party-line and class barriers.

He was the pioneer of the Bhartiya Janta Party. It was his leadership skills which drove BJP from 2 seats in Lok Sabha to a complete term of 5 years. His legacy proved that BJP could not only act as a strong opposition but also serve the nation as a ruling party with thumping majority. Atal Bihari Vajpayee breathed his last on 16th August 2018 at 5:05 P.M. He had already retired from active politics in 2004 and later was afflicted by various health issues because of which he lived a life of isolation.

He was a great orator but disabled from speaking during his last days. Being admitted in AIIMS hospital for past 9 weeks, he was suffering from kidney, lungs and urinary tract infection. As per reports, he was on a ventilator for the past three days and despite all the prayers, he passed away on Thursday.

Vajpayee Ji, also addressed as Guru Ji by P.V. Narasimha Rao served as a Member of Parliament for 50 years.

He is the only Parliamentarian to be elected from 4 different Indian States- Uttar Pradesh, Delhi, Madhya Pradesh and Gujarat and was elected as the Prime Minister of India thrice.

During the time of emergency, he was detained in Banglore. His opposition towards Emergency helped him rise to new heights in Indian politics.

He had a strong political will. His brave decision of Pokharan-2 was a great step after years of Pokharan-1 in showing the world the fact that India is increasing its nuclear capabilities.

He had a vision of changing the foreign relations, especially with the neighboring countries as he said, “you can choose your friends but you cannot choose your neighbours.”

His idea of initiating a bus to Lahore was a much-appreciated attempt internationally. It was because of his efforts that some part of Sikkim which was under control of China was given back to India and the Mansarovar Yatra was started again from India.

READ ALSO: In Pics: DMK’s M Karunanidhi Dies at 94: We Give You A Quick Briefer On Who He Was

Atal Bihari Vajpayee was an influential writer and a great orator. He was a journalist and poet apart from being a politician.

His speeches are famous for his voice modulation and selection of words, while poems that he wrote like Geet Naya Gata Hu, Kadam Milakar Chalna Hoga, Kshama Yatchan and Kaurav Kaun Pandav Kaun have been really famous among youth.

He was a leader admired by youth, maybe the most idealist leader of his times and was also my political idol. His era of politics was of ideological differences and not of enmity.

As said by former Prime Minister Manmohan Singh, he was the Bhishma Pitamah of Indian politics.

His demise marks the end to an entire era in Indian Politics. He will always be remembered by generations to come, his leadership will always show the path to future leaders and his vision will inspire the youth forever.

He was a leader of masses, of youth; he knew the problems of common man and poor and related to them. He can never be forgotten in Indian politics and his presence would always be missed.

Liked What You Read… Read Also: