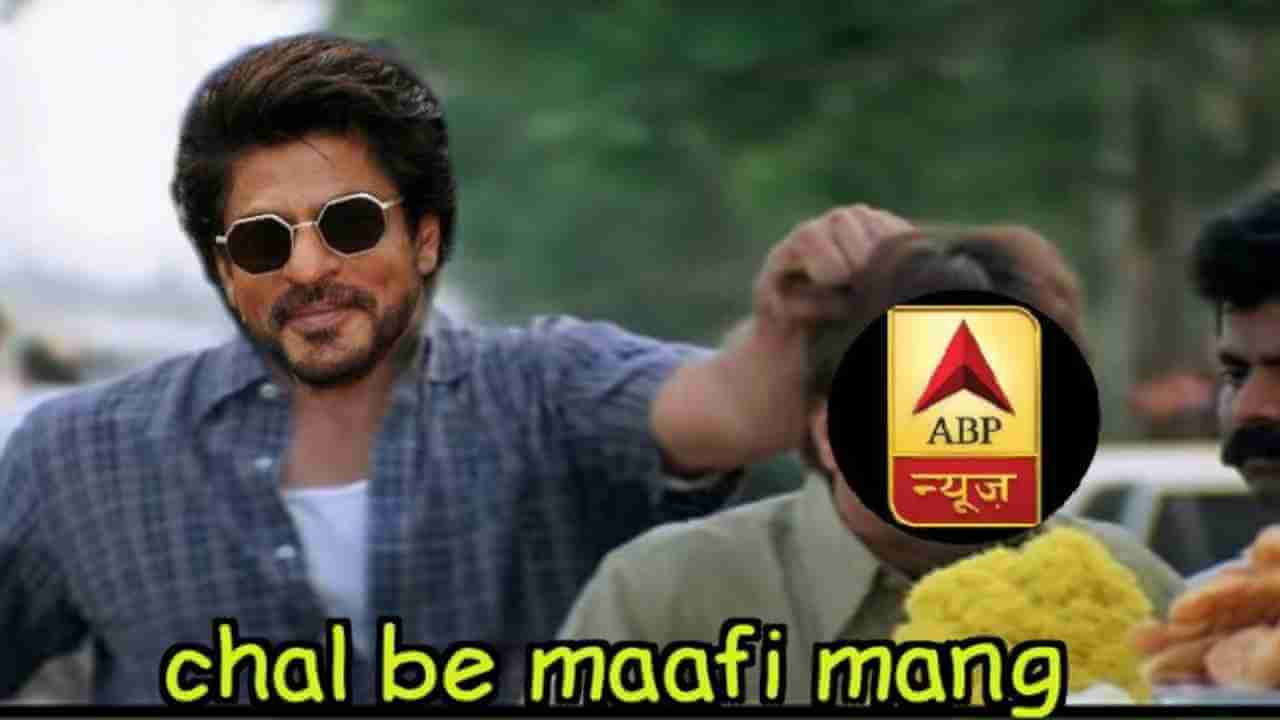 Shah Rukh Khan (SRK)’s fans are not at all happy with the latest report of ABP News.

The fans are thrashing the news channel for publishing a vague and reportedly false article.

The report claimed the involvement of SRK in the Bollywood drug cartel without any evidence.

But on 1st October 2020, ABP News published a very contradictory story claiming that the names of the top Bollywood celebrities which surfaced in the ongoing Sushant-Rhea drug case are ‘false’.

Earlier, many media houses reported that actor Deepika Padukone’s co-stars with initials ‘A’, ‘R’, ‘S’ and ‘D’ are under the suspicion of the Narcotics Control Bureau. But ABP News falsely presumed the names of the co-actors as Shah Rukh Khan, Ranbir Kapoor, Arjun Rampal and Dino Morea.

The NCB has, however, denounced the claims.

Fans all over Twitter are demanding a public apology from the Indian news channel, ABP News.

Many fans even filed online complaints to Mumbai Police and Indian Broadcast Foundation (IBF) against the news channel.

ABP News, along with Republic Bharat, is being accused of spreading fake news and hatred among citizens. 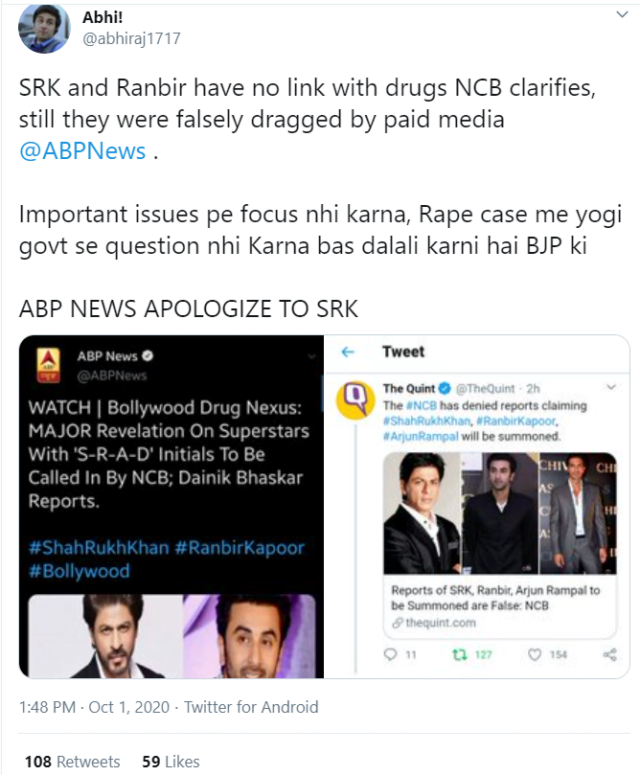 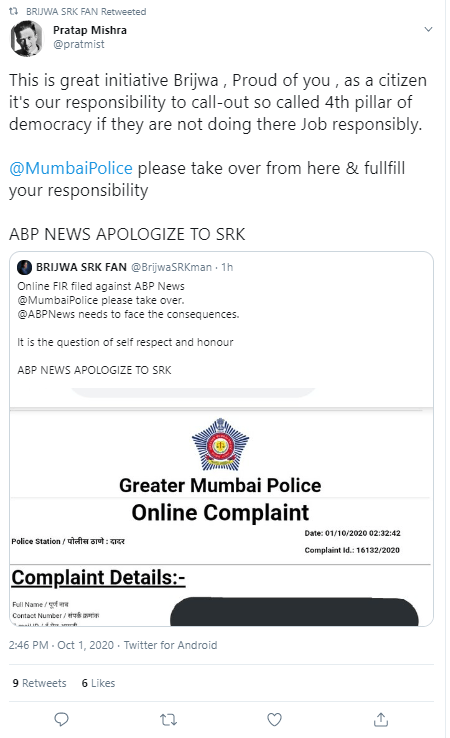 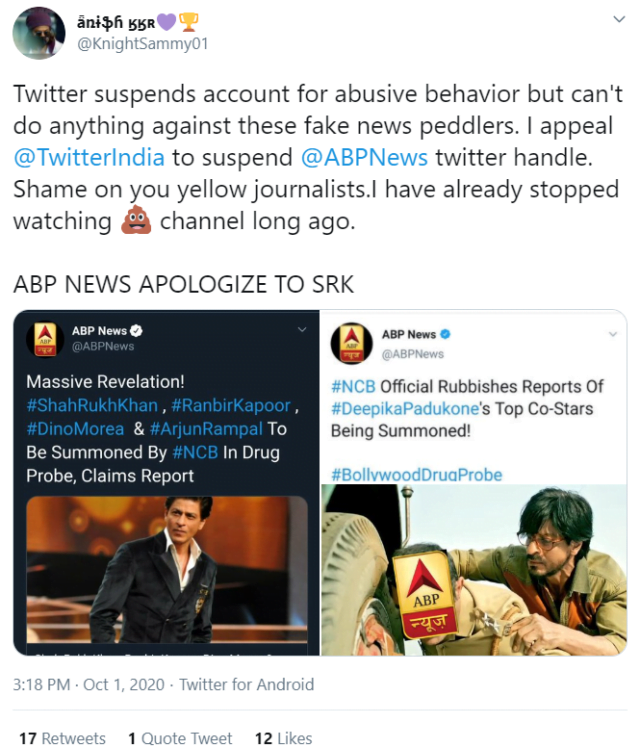 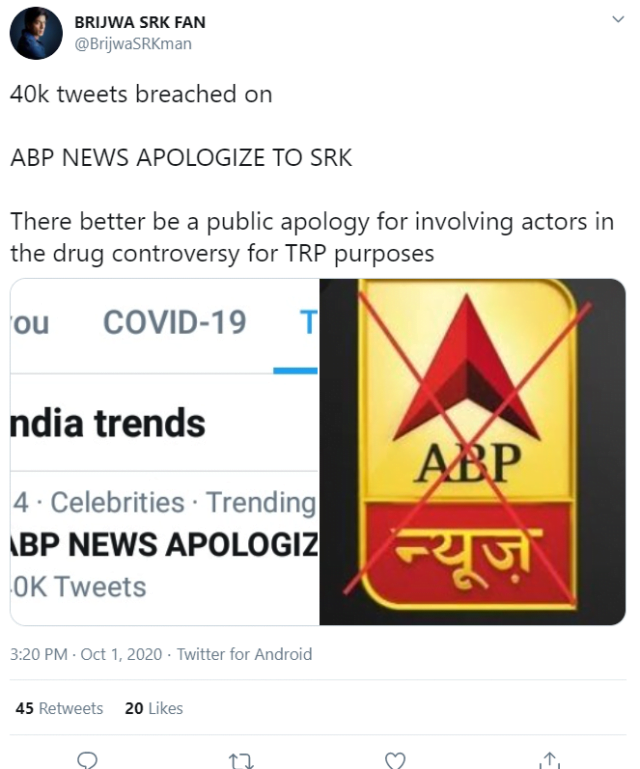 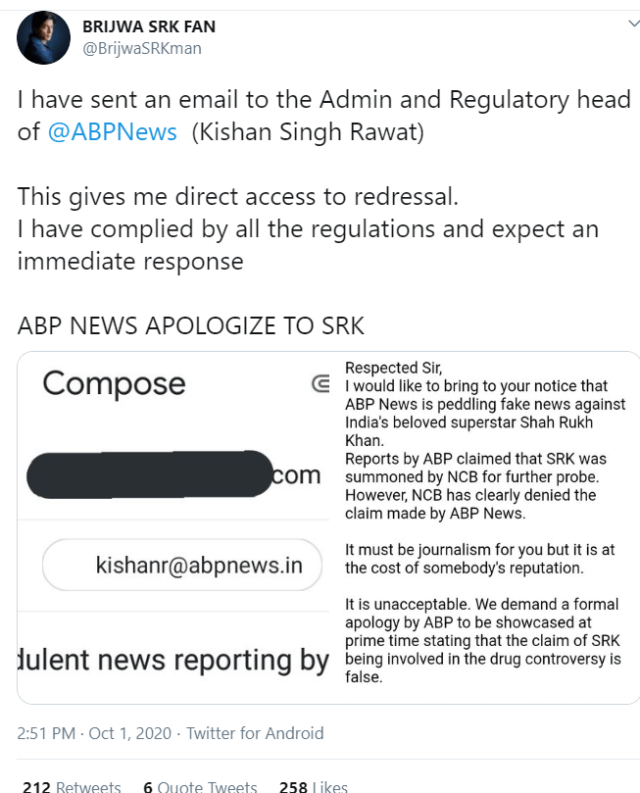 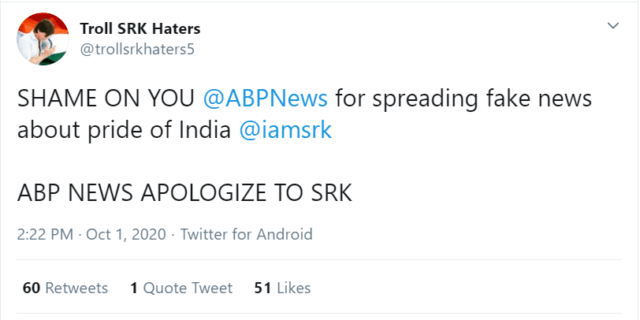 Read More: Indians Are More Prone To Believing Fake News Because We Are Emotional People

Nevertheless, many hilarious memes related to the accused news channels are also doing the rounds on the social media site – 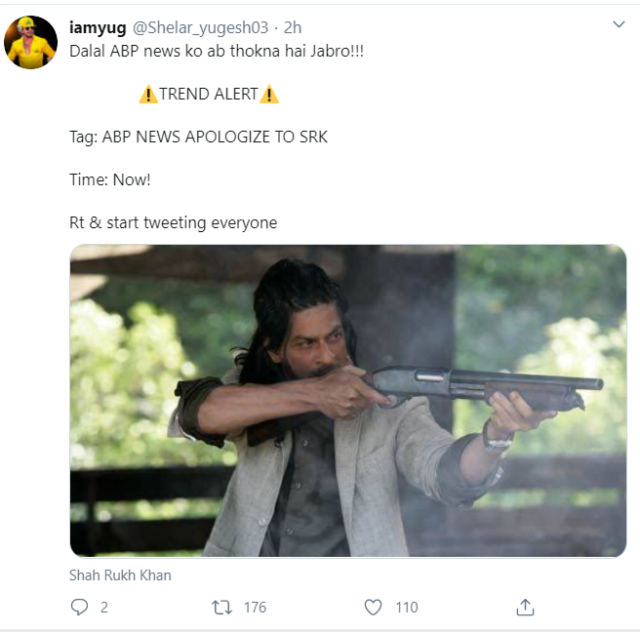 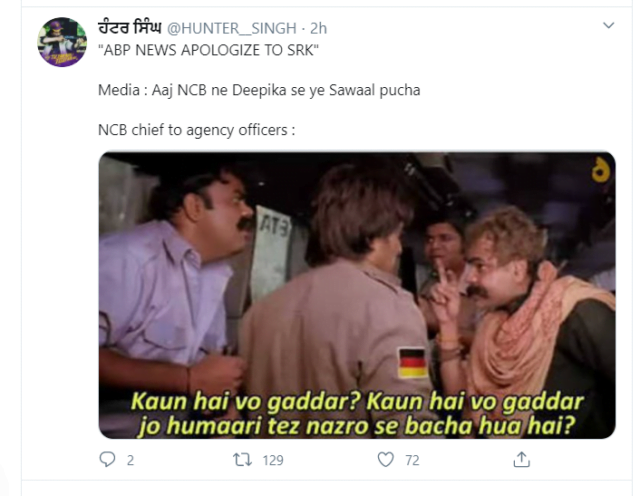 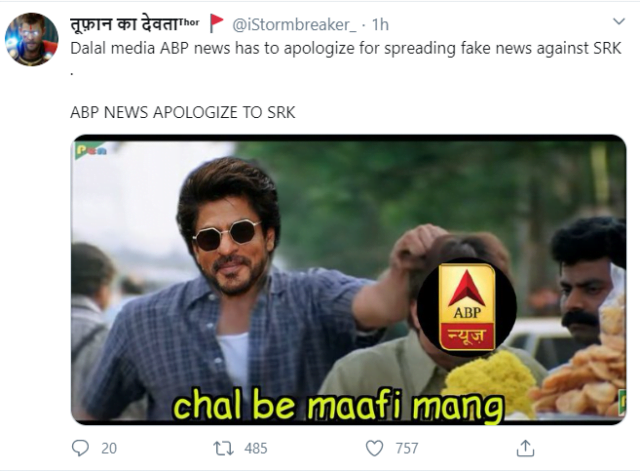 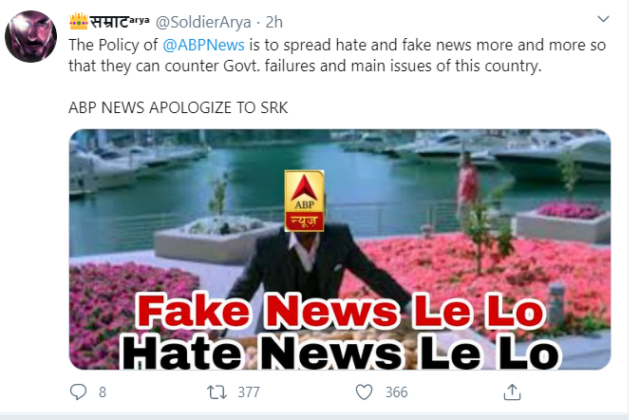 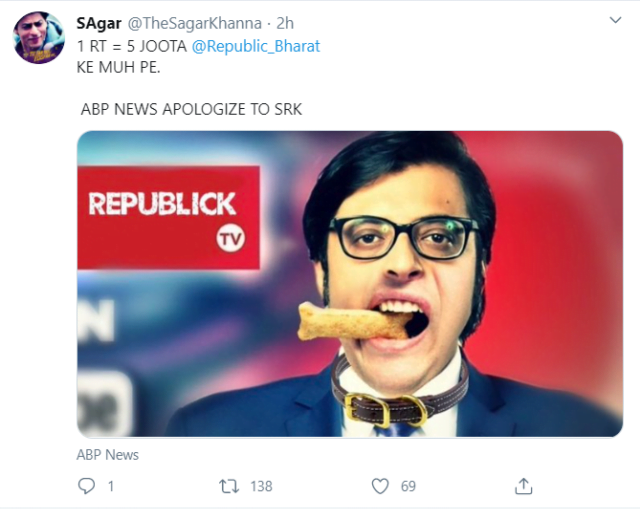 Deepika Padukone, along with Sara Ali Khan and Shraddha Kapoor, were all summoned by the NCB on Saturday, 26th September 2020.

The actresses were called in for interrogation in relation to illegal drug consumption.

In the latest report by The Times Of India, the NCB has ‘almost’ given a clean chit to these actresses post proper interrogation and investigation.

No statements have been issued yet by the Bollywood actors Shah Rukh Khan, Ranbir Kapoor, Arjun Rampal or Dino Morea in relation to such false accusations.