Fake news spread like wildfires these days. Not that false facts were not spread earlier; but with the integration of cellphones with an internet connection, social media and messenger apps like Facebook and WhatsApp have emerged as a breeding ground of these fake news pandemics.

It was on these platforms that fake news like that of ‘child kidnappers’ and ‘beef eaters/smugglers’ were spread and not less than 2 dozen people lost their lives because emotionally charged mobs took their lives. 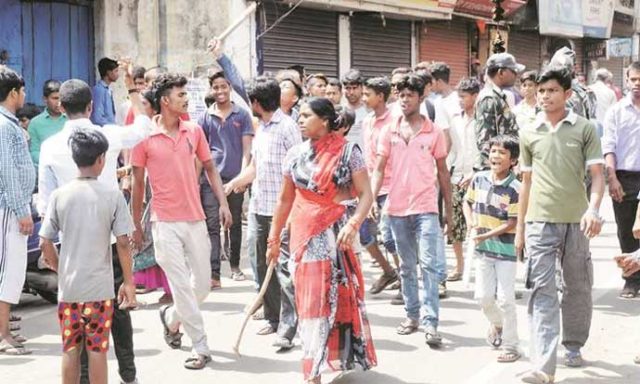 But fake news does not always culminate into mob lynching, it also manipulates our decision making and everyday perception of things.

For instance, the shares of Infibeam, India’s 1st listed e-commerce company, fell by 73% because of a WhatsApp message that alleged a governance issue in the company.

Not only this, a number of us Indians have a distorted view of our history, especially political history, because of politically motivated fake news cells.

A recent survey conducted by Microsoft reveals that 64% of the Indians surveyed had encountered fake news compared to the global average of 57%.

But not only are Indians more susceptible to receiving fake news, they are also more likely to believe in it. The instances stated above confirm the stats.

We grow up having our own set of beliefs and thoughts. Our perception of other people in society is formed by hearing certain things about people of certain religions, castes or classes.

This makes us believe that these facts are actually true, and we may end up being biased because of such socialization.

Our brain also creates shortcuts called ‘heuristics’ to cut processing time while making decisions in complex situations, usually based on past knowledge or experiences.

Sometimes, these mental short-cuts lead to cognitive bias which is basically mental processing and interpreting error.

We Indians are emotional people and there is no denying it. We get attached to people, ideas, institutions and even our beliefs.

When emotions combine with beliefs, they both compliment each other and make themselves stronger. We then handpick and intake only those facts which strengthen our existing beliefs and evade the ones that contradict them.

This leads to misjudgments that make us believe, spread and even act on fake news.

2. Lack of spirit of inquiry

A set of ideas or facts are offered to us on a platter, and we believe in them blindly, without even trying to verify their authenticity.

If people spent 2 minutes before sharing random messages/pictures/memes, fake news wouldn’t have been so big a problem.

How To Curb Fake News?

Institutions around the world are trying to curb the menace of fake news. But fake news cells are equally active for spreading it.

WhatsApp provides end to end encryption because of which fake news cannot be filtered before being delivered to a user.

Facebook is in the preliminary stages of this activity. Various websites are now running to crosscheck the validity of facts.

But in a country as huge as India, it is not practical to check the validity of every news that floats around the internet.

The onus equally falls on us users (who act as propagators) to think before ‘sharing’ any and every message, without being emotional about it.

Limiting Forwards To 5 Will Not Curb Fake News, WhatsApp As These Loopholes Will Still Allow Mass Messaging