The premise of this article might look almost self-defeating- how can a blogger on social media question the very influence of social media? Am I not, from my very first word, indulging in keyboard heroism even if I am critiquing it?

Let’s leave this question to hang out in the open for a while here because I don’t intend to really take a side or justify any social habits here. I am here to present an opinion. And it is important from the very onset for everyone to remember that. Let me begin by drawing your attention to this:

Recent reports post Trump’s election victory state that the senior-most executives at Facebook are at wit’s end to understand how far could they be responsible for this shocking feat. Allegedly, the social media platform is under the radar for the amount of fake news circulating within it.

Did this alleged fake news mislead the American population to vote for Donald Trump? Or to not vote at all?

Expanding this discussion to include other senior members of the company, apart from just the board, Facebook is questioning the very freedom they provide: is this much too much?

Mark Zuckerberg has staunchly vouched that Facebook is an open platform that couldn’t have singularly been instrumental in swinging the public opinion in anyone’s favor, in order to superimpose on the voters strongly held notions, needs, ideas and understanding of the campaigns. He has staked claims that 99% of the stories circulating on Facebook are true. The stats and the data and the trends all indicate that people weren’t happy with either of the candidates from the very beginning; no amount of false keyboard heroism on Facebook could have suddenly persuaded them otherwise.

On the other hand, his colleagues have a different question: Are they encouraging public debates or stifling them?

You see, the larger society interacts within their communities of shared beliefs. Like the fandoms and forums of yesteryears, Facebook operates along similar algorithms of personal interest, like we naturally would in real time.

Thus, with Facebook being the primary source of news for many, are the newsfeeds contributing to a filter bubble? What happens when we share some fake news on Facebook? Well, no two people share the same beliefs with the same magnanimity. I know for a fact that many people on my newsfeed publish opinions and share information I don’t readily solicit, but they help me expand my understanding of the same issues too. I even admit that the maximum number of people I engage with share my interests.

But yes, I do not readily believe everything I read. Is that just me? I don’t think so.

We cannot deny that social media does influence public opinions a lot. Current case in example, the social media has been catastrophically flooded with quirky posts and sensational media reports following the demonetization scheme by the Modi government.

And like smog covered Delhi, it’s a lil choking.

In the center of all that uproar was the news of the nano GPS chip embedded currency. Fake news. My God, the hullabaloo it caused. If the cash crisis is bleak, the discussion surrounding it is bleaker. People are taking sides, justifying or opposing the transitions, publishing narratives on the pragmatics of the situation, uploading pictures of long queues. It has brought everyone’s social opinions out of the closet because it affects EVERYONE.

Sadly, much of it is misinformed or misjudged keyboard heroism. That is perpetrating a rather strong culture of hate, or conversely false pride, on social media pretty pointlessly. It is rather unsettling to find people reject a holistic approach to information for more convenient ideas that only fuel their preconceived notions and ideological alliances.

Therefore, is the demonetization debate moving ahead? Are people really involved in the solutions, or are they being stiflingly stagnant and whiny about a change?

Again, taking sides here is dicey because it is subjective and varied. There is no one good or bad side. Social media is valuable to me because it allows me, as a blogger, to put this opinion forward. But it also important for me and everyone I know to understand that this privilege comes with a responsibility and a price.

So I simply want to appeal that if you, right here, right now, have an opinion about anything, make sure it is your own and not someone else’s. Cross check before you believe it. Think about it. When you simply pass over someone else’s idea without making it your own, the said keyboard heroism might simply be generating digital noise.

Back In Time To The Launch Of World’s Most Revolutionary Media Player: iPod

Facebook
Twitter
Pinterest
WhatsApp
Previous articleWhy My College, GTBIT, Is Not Just A Random College For Sikhs
Next articleLeBron James May Be The Greatest NBA Player Of This Generation And We Tell You Why 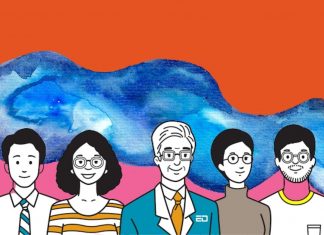