Home Finance Why Has Alia Bhatt Invested In This Startup? 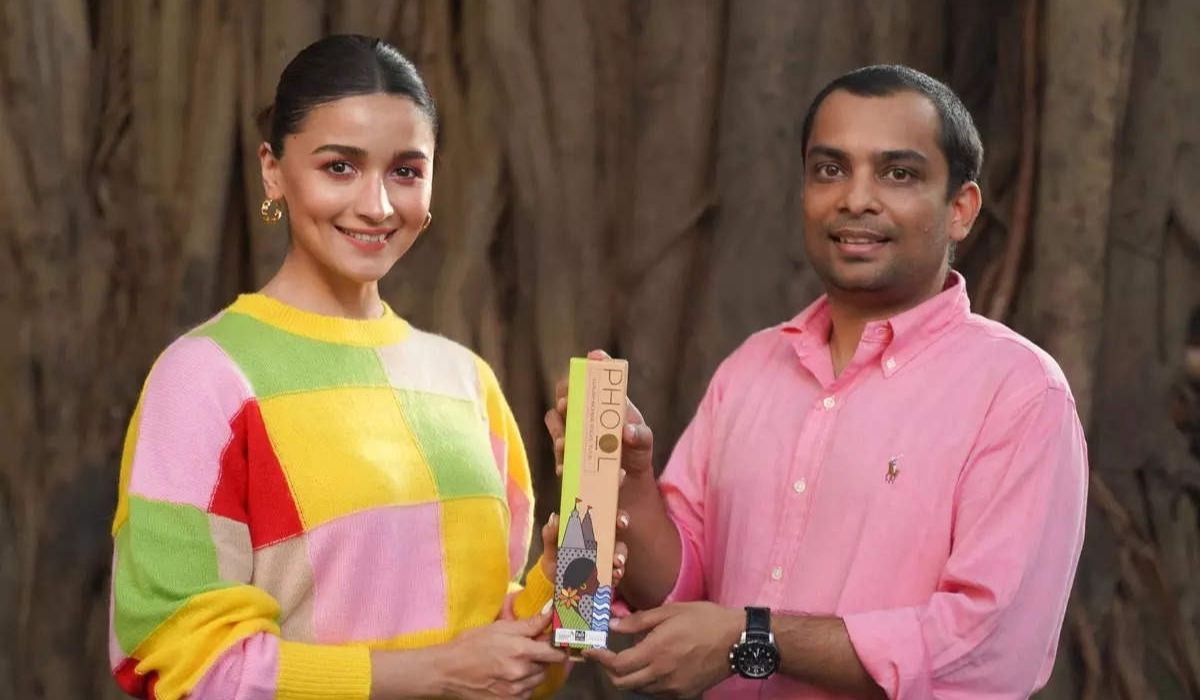 Have you heard of a small city startup that uses waste material to create elegant products while also empowering women in our society?

Well, if you haven’t, here we are to tell you an inspiring story about Phool, a startup based in Kanpur. Not only is it empowering several women but also creating a clean environment for the generations to come.

From Waste To Wonders

Phool.co was founded by Ankit Agarwal in July 2017 with the aim to turn floral waste from temples into incense sticks and several other luxury products.

They have developed Fleather, which is an alternative to animal leather and was awarded ‘PETA’s best innovation in the Vegan World’ award.

They collect 8.4 tons of flower waste from various temples in Uttar Pradesh every day. Since these flowers are offered before the god in temples, they have a sacred value attached to them. Hence, dumping them in dustbins is considered a sin.

Thus, women who are working with the startup transform them into incense sticks and luxury products with aromatic fragrances.

Their hard work and determination to create a cleaner environment caught the attention of Bollywood diva Alia Bhatt. Phool.co announced on Thursday that actor Alia Bhatt is now their investor.

When asked about her investment in Phool.co, Alia said, “Phool incense really stands out for its fine natural fragrances and amazing packaging. I admire the founder’s vision of making incense and bio-leather from recycled flowers that contribute to keeping our rivers clean, create a humane alternative to leather and providing employment to women in India’s heartland.”

“I am proud that these products are created in India and wowing the world and I am thrilled to join the investors who are backing the company,” the actor further said.

Reacting to Alia’s investment in their company, founder Ankit stated, “Alia’s investment is a validation of our efforts and firmly sets us on a path to build a global success story from a tier 3 city. The investment will help us step-up the pace of R&D. I can proudly say that Phool.co is a business built, led and now even invested in by women.”

Though the startup was introduced by Ankit Agarwal, it is led by women. Various women are empowered by working there and are getting the respect, financial independence and love that they deserve.

Sujata, who was abandoned by her husband for another woman, went to live at her father’s residence along with her two kids.

She didn’t want to be a burden on her family and decided to work at Phool.co. When asked about this, she said, “Abhi nahi niklenge toh kabhi nahi niklenge (If I don’t step out now, I won’t do so ever).”

“I heard good things about Phool so I decided to join them. But since the factory (in Bhauti on the outskirts of Kanpur, Uttar Pradesh) was far away from my place, and my daughter was only a few months old, my father was reluctant about sending me there. I told Ankit Bhaiyya (the owner) about my predicament and he arranged a bus facility for us,” she said further.

Another worker named Mamta said, “When I joined Phool, I didn’t think I could make incense sticks like others. But slowly and steadily I picked up the craft and began enjoying working with flowers and hand-rolling.

Now I love it so much that even if I am thirsty and the water bottle is right in front of me, I can’t get my hands off rolling the incense sticks until I’m finished with the lot.”

Shabana Khan, who has been working for a long time at Phool stated that it’s not only the money they provide but also the positive and relaxing environment, because of which she loves working there.

Phool has added value to the lives of several women belonging to marginalised sections of society and to some who were earlier involved in manual scavenging.

Has Alia Bhatt Established Herself As The Most Versatile Female Actor?