ISIS has issued another warning to Russia to step back from organizing the FIFA World Cup in 2018 by tweeting an image of Neymar being held by the neck by a terrorist.

This is the second successive attempt to sabotage the event in a space of few days by posting morphed pictures of high profile footballers and potentially trying to scare them away from attending the event.

A poster of Lionel Messi crying blood from behind bars had appeared on ISIS channels in a chilling threat to football fans and players. Earlier in the month of April, Russia promised that it will be able to guarantee “100pc security” in and around the host venues of the World Cup next year. That pledge was issued by Mikhail Degtyarev, chairman of the Duma committee for physical culture, sports, tourism and youth affairs.

Also read: Is Coutinho Right In Leaving Liverpool For Barcelona?

Degtyarev, as reported by the TASS news agency, said:

“Russia, by comparison with other championships, will guarantee one of the highest levels of security. In view of the measures taken and the experience of other major championships we will be able 100pc to ensure order in the stadiums and fan safety.”

According to the chief of the Russia 2018 Organizing Committee, Alexei Sorokin, Russia will spend over $10 billion on the 2018 World Cup.

There have also been concerns about the various Ultra Groups present in Russia. At the European Championship finals in France, gangs of Russian fans who are known as Ultra Groups roamed through Marseille looking to create chaos before attacking English fans inside the Stade Velodrome. ISIS hates Putin. Putin hates ISIS. There have been numerous incidents of terrorists breaking into international events most notably at the Munich Olympics. We hope nothing of that sort happens and we have one of the best-organized World Cup next year.

The Top 5 Unfair Sackings In Football

The Finest Young Football Managers In The World 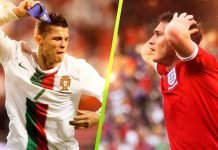 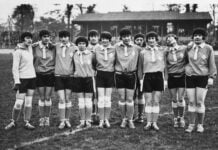 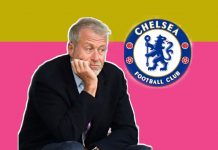