Home Lifestyle This “Musical” Building Has Gained Quite The Attraction Owing To The Symphony... 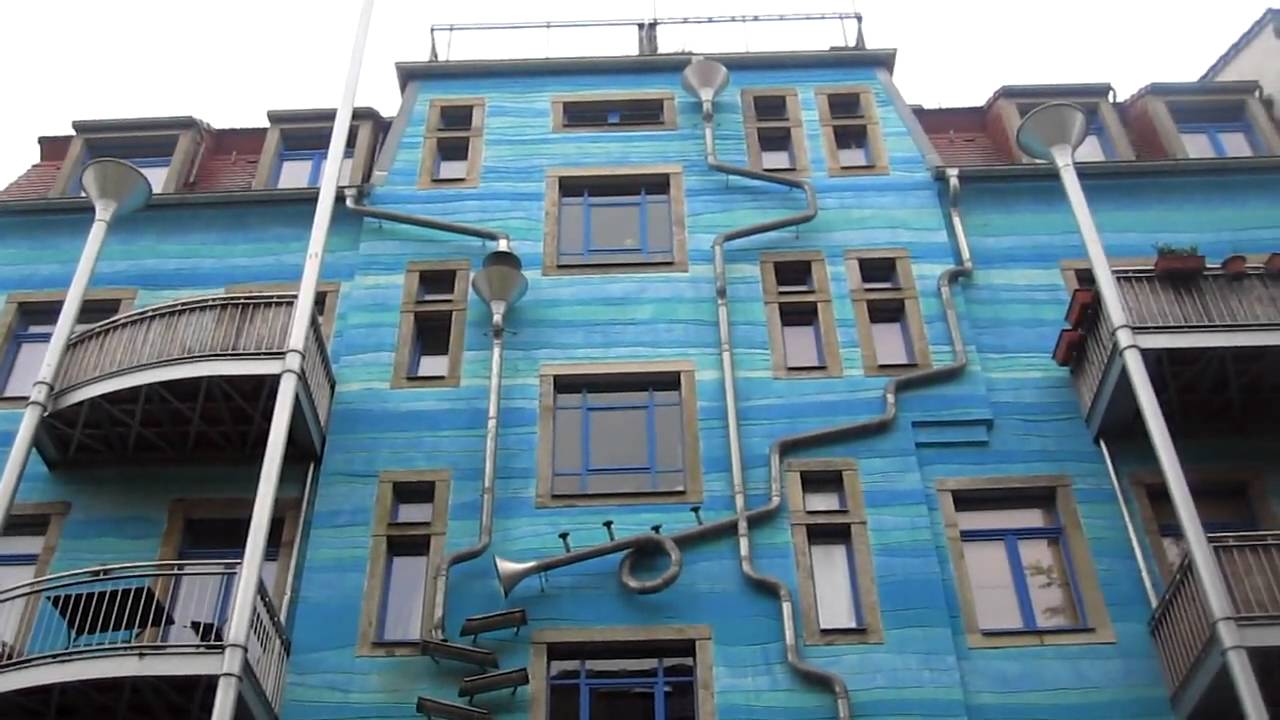 We human beings are arrested by anything and everything that we find out of the ordinary. Be it anything mysterious like the Italian painting of a Crying Boy that has led to much destruction till now or the Dancing Plague that terrorized a town of France for a month causing more than thousands of deaths.

However, on a lighter note, there are certain man-made beauties that are exceptional and attract tourists from all over the world.

This particular building in Germany is no different. Tourists from all over the world travel to this place called Dresden to witness something magical.

Neustadt Kunsthofpassage – The Courtyard Of Art

Situated in the artistic colony of Neustadt Kunsthofpassage which quite literally translates to Art Courtyards in Dresden, Germany is a complex that has a set of 5 different courtyards with each of them having a theme of their own.

These courtyards were refurbished in 2001 by a group of sculptors, artists and designers who gave these courtyards a specific motif to go with the theme.

We have the Courtyard of Animals with a herd of monkeys jumping from one window to the other over the head of a giraffe who seems to be tugging at the wall. The wall is painted so intricately and delicately that it looks like a piece of cloth is being tugged at with all its creases and nuances.

Then there’s the Courtyard of Light which has on display a myriad of metal mirrors that produce an array of reflections owing to the Sun’s position.

The Courtyard of Mythical Creature created by artist Viola Schope symbolizes the flow of life made with a combination of mosaic and sgraffito which is a unique wall decor technique.

The Courtyard of Metamorphosis does not exactly do justice to the name given to it as it’s a plain simple corridor that is attractive only at night owing to the optical fibers at each curvy angle.

However, what’s breathtaking about this particular set of courtyards is the last one – the one with the “Musical Building.”

Read More: The Dancing Plague – A Town In France That Almost Danced Itself To Death

The Building That Creates Music When It Rains

Created by artists Annette Paul, Christoph Rossner, and Andre Tempel, the design of this building is made using pipes and drains. The gutter system is created in a way that when it starts to rain, the colorful pipes and drains form a melodious symphony which resounds in the entire courtyard.

The building is an amalgamation of various types of blues with funnels and gutters that zigzag around the windows of the building with a trumpet attached at the end of each of these colorful drains.

According to artist and resident Andre Tempel, “I was inspired by living in St. Petersburg, Russia, where bad weather would create a ‘rain theater’ on the windows of my house.”

These pipes and drains sport the feature of optimal acoustics which amplifies the sound of rain thereby creating the music.

In fact, this is not the first time this idea has been executed.

The facade of the house was also inspired by the idea of a Rube Goldberg Machine, and can be witnessed in the echoes of these strange contraptions in the web of pipes and funnels which catch the rain as it falls.

Named after the American cartoonist Rube Goldberg, the Rube Goldberg machine is a chain reaction-type machine or contraption intentionally designed to perform a simple task in an indirect and overly complicated way.

It is almost like a row of dominos, if you may. One trigger sets off a chain of events until the final event is triggered.

That being said, plenty of tourists visit these courtyards with the expectation that they’d get to hear the music with their own ears. However, the entire mechanism of the building is solely based on when it would rain.

After all, patience is bitter but the fruit it reaps is sweet.

Eurasia Education Link has gained popularity of being the most-trusted consultant for MBBS in...

Reviews Brand Voice - January 24, 2022
January 24: It’s a dream of bright students to pursue a career in the most prestigious field of doctorate. Students wish to enroll in...